Can rabbit meat catch on?

Bunnies are easy to raise, environmentally friendly, and delicious. Who cares if they're adorable? 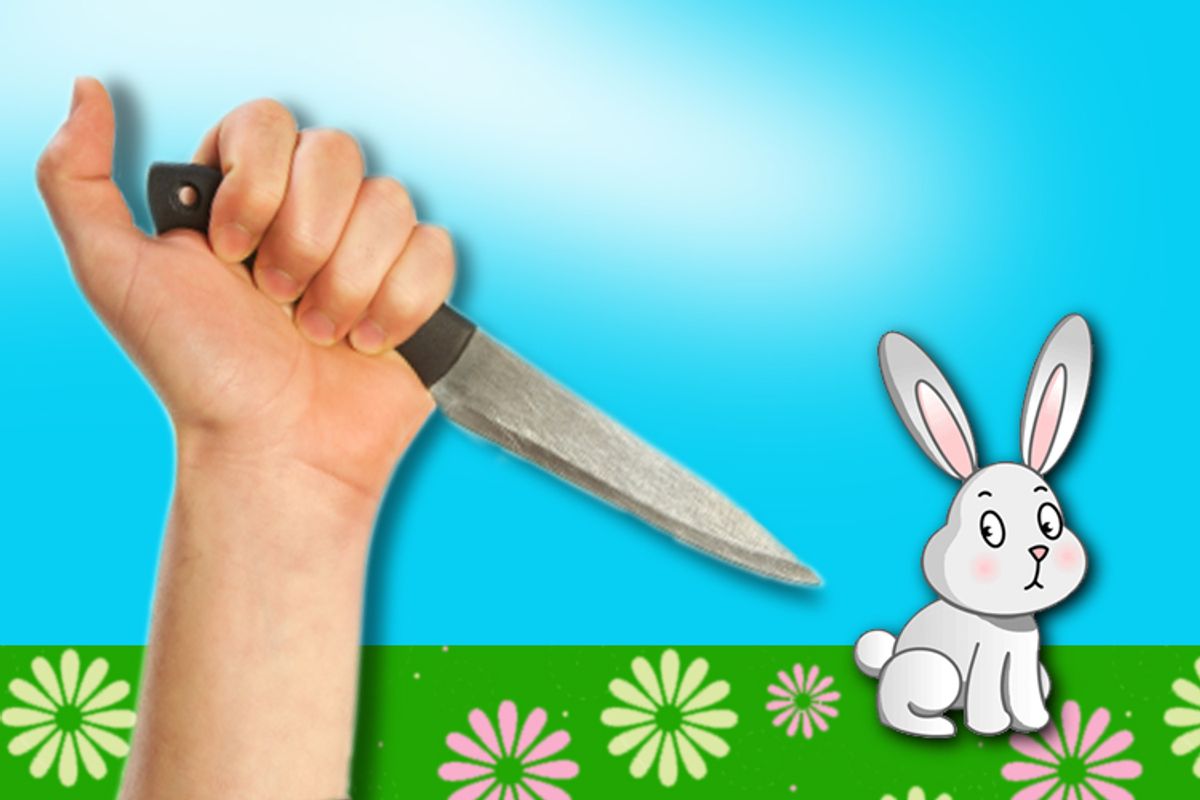 Severson reports that the rabbit is becoming a trendy new meat for ethically conscious carnivores. This isn’t the first time that rabbit has been touted as the next big thing -- the Wall Street Journal argued the same thing over a decade ago -- but in this case, there are several cultural factors working in its favor. Most notably, the fact that the movement toward ethical, local butchery has become a major part of American food culture over the past few years, and the rabbit is perfectly suited to it. (In her NYT piece, Severson attends a Brooklyn seminar where aspiring butchers pay $100 to learn how to raise and slaughter their own rabbits.)

There are many reasons to love the rabbit-as-food: They’re the most sustainable meat for city farmers. They can be raised in a small space in a person’s home. They reproduce quickly. They’re quiet and clean, and because they are so effective at turning calories into body weight and can eat kitchen scraps, they are cheap to raise and have low carbon footprints. They’re also simple to slaughter and process. (As Severson writes, they are a good “gateway animal” for aspiring butchers.)

Nutrition-wise, rabbit meat is also very lean and healthy to eat. (If you’ve never had it, it tastes like a milder and sweeter version of chicken.) It’s versatile, and can be turned into everything from pâté to burgers to sausage (as Kitchen Cabinet member Tom Mylan recently did). With all that going for it, why aren’t Americans eating rabbit meat for breakfast, lunch and dinner?

In America, unlike in France, rabbits have only been consumed en masse during tough times. We were encouraged to raise rabbits for meat during World War II, but in the years that followed, the rising price of feed and the closing of several meat processors turned the bunny into niche meat. As PETA has shown, rabbits have a disconcerting tendency to scream before they’re slaughtered. The bigger (and more obvious) problem is the fact that, for most Americans, the rabbit is considered a pet. And one of the many things that we like to think makes America glorious is the fact that we don’t like eating our own domestic companions. As Severson writes, the owner of Brooklyn restaurant Buttermilk Tavern recently had a table of guests leave when they discovered rabbit on the menu.

But it's increasingly becoming clear, thanks to the growth of ethically conscious butchering and meat-eating,  that this sentimentality doesn’t exactly make much sense. Rabbits aren’t the smartest of pets, and we don’t shy away from eating other intelligent animals (like pigs). Given their breeding rates, they’re not likely to be going on the endangered list any time soon. And even Michael Pollan is a fan -- as he told Good, "Rabbit makes more sense than chickens."

To put it into perspective, Liza De Guia recently toured a New York rabbit farm for Food Curated. The farmer, John Fazio, delivers his rabbits to NYC restaurants (un-frozen, a day or two after they’ve been processed). Check it out below: