One of the world's best pastry chefs explains what drives him 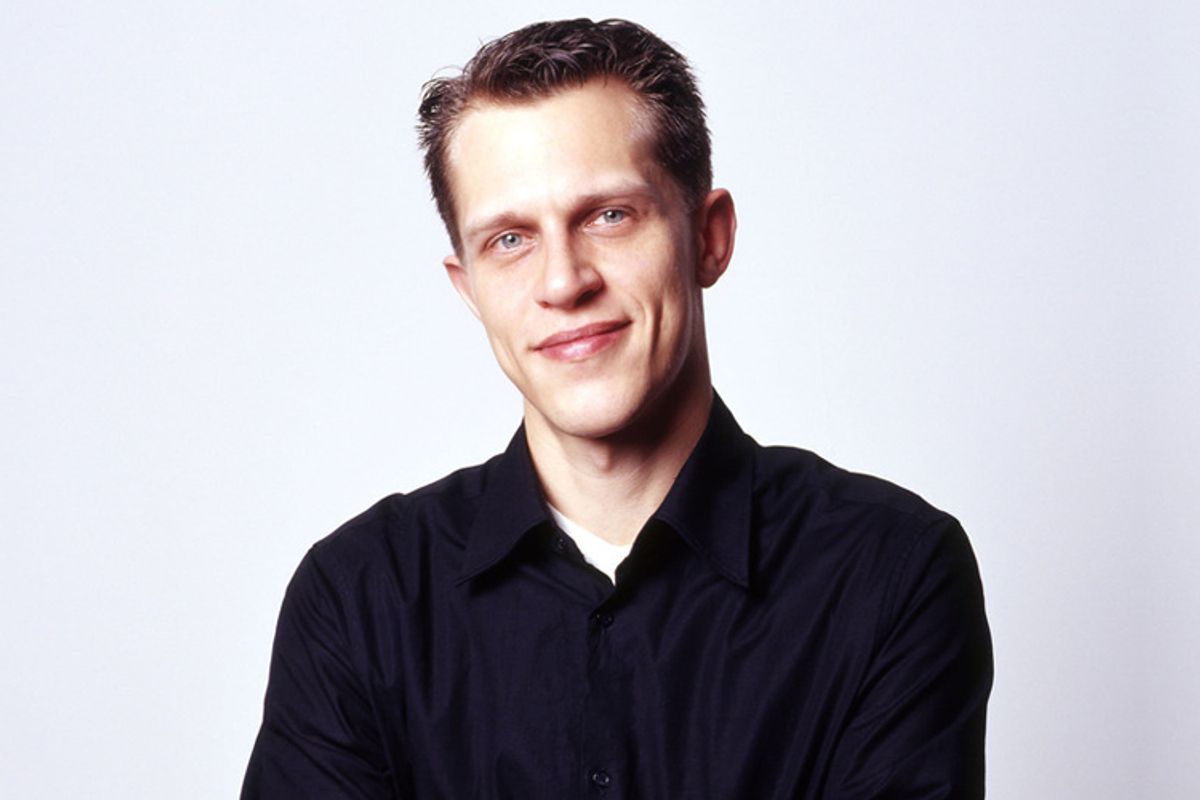 You have to be so earnestly devoted that if you were any more devoted it would be perverse, and any less, it would not be enough. -- Charlie Trotter, "Becoming a Chef"

When I fell into this thing, this cosa nostra of cuisine, it was by accident. I had a background in fine art, and I was seduced by the creative process of cooking and the satisfaction of making things with my hands. Fifteen years later, I've been a baker, a line cook, a sous chef, now a pastry chef, and I can't imagine doing anything else. But back then, I never planned to make a career out of it, and the "foodie" culture we know today was still in its infancy. Back then, people still craved what came out of kitchens more than access into them.

Now, fueled by cooking shows and the Web, we have a culture of cuisine-as-entertainment. We're barraged by food porn, coffee-table cookbooks, and gritty tell-alls of the professional kitchen. Customers are constantly looking for what's new, the next big thing. As a professional, I've seen this culture make certain cooks hungry for stardom, hoping to be on TV shows and in magazines. But I've also seen that interest in cuisine shrink the world, making exotic ingredients more accessible, and push us to keep discovering new flavors and learning new techniques. It's a truly exciting time to be a chef, but it's always taken certain kinds of personalities to excel in cuisine, to have that geeky kind of masochism that drives us to aspire, impossibly, to perfection in both art and athleticism.

Ten years ago, I was the pastry chef of Tribute, big fish restaurant in a little pond, a rare culinary destination in suburban Michigan. I had two young and dedicated assistants, and, like the rest of the cooks, they had muscled their way into our brigade for the career-changing opportunity to work alongside our chef, Takashi Yagihashi. A native of Japan, Takashi's personal brand of French-Asian fusion made a name for him in Chicago. With his arrival, the opening of Tribute offered Detroit a level of haute cuisine higher and far more creative than the traditional continental fare. Most of us cooks had little training or experience under our belts, but we all found ourselves thrust into a world where the ingredients and techniques we once only read about were a daily reality. We quickly and confidently added sweetbreads, uni and foie gras to our vocabulary. Sous vide and foams found places in our technical arsenal. We'd made it. Total immersion fueled our enthusiasm and, to be honest, no small measure of conceit.

In our fleeting moments of downtime, our equivalent of water-cooler conversation rarely drifted into talk of last night's game or what happened on TV, but stayed on point with regard to food. We discussed our last meal at another restaurant or what we cooked at home; we debated and argued endlessly over techniques and ingredients, or which faraway chef was more talented than the other:

"But Passard's minimalism is so badass -- I heard the guy doesn't even serve meat anymore, just vegetables!"

We swapped dog-eared magazines and cookbooks like they were rare and precious manuscripts, though to be honest it was more like we were swapping vintage comics or baseball cards. We were geeks, caffeine-fueled and adrenaline-charged.

One day Anthony, one of my assistants, complained that his head hurt. While the 9-to-5 "straight" world honors the concept of sick days, the kitchen demands a higher threshold of discomfort. Unless someone's calling an ambulance or you're making other people sick, you suck it up and endure the rest of the shift. It's a mentality that comes with working while others are at play and from knowing that your kitchen crew is a machine that has to fire on all cylinders just to make it through the night. I could have sent Anthony home, but that would have put the rest of us in the shit. Our closeness, coupled with our obsessive pursuit of perfection, resulted in an odd vernacular of ridicule and tough love. As empathy and encouragement, I uttered, "You know, it's not 'Cuisine or I Have a Headache', it's 'Cuisine or Death.'" Anthony soldiered on through dinner service. And we erupted into laughter.

But then, over the following weeks, "Cuisine or Death" took hold; it became a rallying cry to combat 'bad' cuisine, inferior technique, or less than total commitment. COD became a state of mind. Suddenly we weren't just cooks swapping cookbooks in our spare time; we were guerrillas, theorizing manifestoes separating us would-be chefs from mere cooks. We took greatest pride not in our skills but in our dedication, borrowing a phrase from the maniacal British chef Marco Pierre White, "We're all commis," referring to the lowliest rung of the traditional kitchen ladder. We plotted culinary sabotage -- at one point, we plotted to hijack trucks distributing soulless, generic produce to other restaurants. We imagined stickers for our knife cases and a line of uniforms emblazoned with tiny skull-and-crossbone patterns to replace the conventional hound's tooth. We debated tattoos to brand those worthy enough to gain entry to our secret society. We'd all come of age in the punk underground, and we co-opted its aesthetic. One morning, my second assistant Aaron paid homage to the definition of the word "finesse" that famously hangs above the kitchen door at Thomas Keller's French Laundry. He showed up with a poster of the words "Cuisine or Death" for the pastry station scripted in old English font.

Our newfound ideology was, of course, tongue-in-cheek, but we did indeed become all the more intense and passionate in our daily work. We were akin to the strictest order of monks, perpetually humbling ourselves by muttering, "commis," over and over. Had the pre-reality TV persona of Gordon Ramsay been more than just gossip from across the pond at the time, he may just have been the patron saint of our self-styled guild, scowling at us from on high as we pushed ourselves. We lived for the kitchen intensity that, for better or for worse, has since become cliché as pop culture continues its ride on the foodie train.

Underneath, it was all a little funny for me. I'm intense about what I do, and I've certainly been guilty of a tantrum or two in the heat of service, but in truth my personality tends more toward being quiet and introspective. I mean, I once told someone that the pastry chef's trade is about comfort and nostalgia, hardly the words of a hardened warrior. But despite the militaristic tones and frat-boy mentality, I still quietly adhere to the spirit of the Cuisine or Death code. Though it was funny at the time, bravado wasn't really the point. Rather, my young assistants and I were realizing and confirming that we were a tribe of craftsmen, that we were part of something special and unique. The acronym COD speaks of a life-long dedication, a justification of the personal sacrifices we've all made for our jobs. Maybe there are better training tools and motivational slogans, but none are as clear as "or Death."

I now find myself a relative old sage in the restaurant world. To this day, I'll occasionally extract a knowing smile from a harried cook as I urge him or her on with a whispered, "COD." And I have the satisfaction of fostering a legacy of sorts, as those first apprentices -- and several since -- continue to hone their skills now as chefs in their own right. Anthony's headache went away, and he's gone on to master both the sweet and savory realms, no doubt passing on that energy and enthusiasm to his own cooks.

Aaron, a true culinary mercenary, continued his journeyman's path, cooking here and there for short intervals, and eventually returned to his native West Coast. He recently visited New York and we met for a beer. He shared his ongoing exploits in food with me when suddenly he interrupted himself. "You'll love this," he said as he rolled up his sleeve. I looked at a small tattoo on the inside of his wrist, and in that familiar old English lettering, there was the single word, "commis."