Richard Gere, Ethan Hawke and Don Cheadle are doomed cops on a collision course in this pulpy melodrama 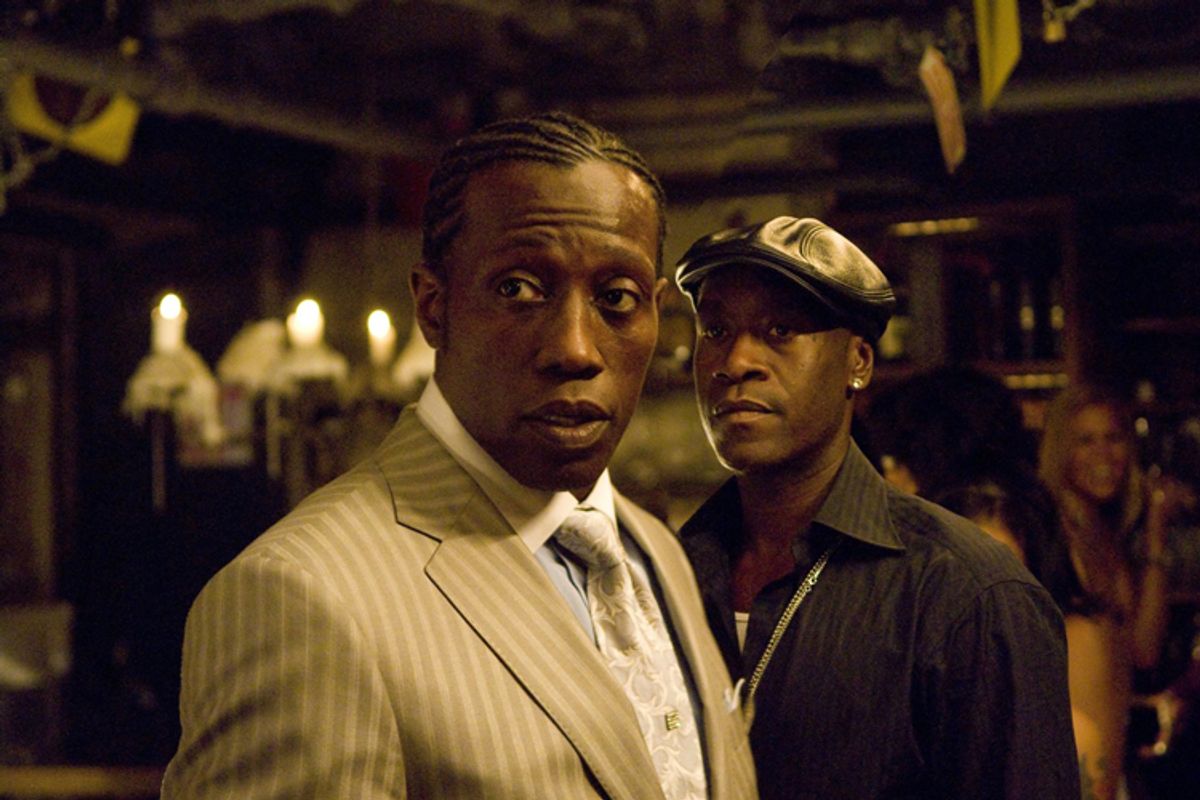 When I first saw "Brooklyn's Finest," a multi-strand police melodrama from "Training Day" director Antoine Fuqua that stars Richard Gere, Ethan Hawke and Don Cheadle, I wrote that it was a flawed but impressive film that seemed like a modestly scaled hit in the making, and that there was no doubt you'd get to see it soon. That was at Sundance -- not this year, but last year. In the intervening 14 months, "Brooklyn's Finest" fell into one of those post-production, pre-distribution limbos that beset all kinds of movies, even ones like this that come with stars, a name director and a reasonably large budget.

At Sundance 2009, the film was acquired by Senator Entertainment, a then-new distribution venture backed by German money and headed by former THINKFilm president Mark Urman. If that seemed like a foolhardy time to launch a new indie distributor, it was. Senator fared even worse than Urman's previous defunct company, existing for a few months (mainly on paper) and then going belly-up without even bothering to release any movies first. Overture Films -- another relatively new company, but one with such releases as "The Visitor," "Law Abiding Citizen" and "Capitalism: A Love Story" on its résumé -- sifted through the wreckage for salvageable pieces, and so we're finally seeing "Brooklyn's Finest" in theaters, albeit without much hype or marketing muscle behind it.

This remains an agreeably chewy, pulpy work of old-fashioned crime cinema, a fair bit overcooked and overlong, but worth catching for its acting, its atmosphere and its action set-pieces. A dark, deterministic cop opera that verges on self-caricature at times, "Brooklyn's Finest" is also a mightily impressive visual spectacle that reestablishes Fuqua's claim to be the hip-hop generation's heir to Martin Scorsese. Screenwriters Michael C. Martin and Brad Caleb Kane focus on a classic trio of troubled New York cops, each devoured by the job in different ways, whose paths eventually intersect by accident in a notoriously crime-plagued housing project in the Brownsville neighborhood. While Fuqua doesn't quite match the crackerjack narrative intensity of his 2001 "Training Day," what he's crafted here is a brooding, violent, slow-digesting tragedy of considerable power.

For my money, Richard Gere gives one of his best performances in years as Eddie Dugan, an embittered, depressed beat cop in his last week before retirement. Eddie's fighting a losing battle against his own disgust and apathy, and trying like hell to pretend that the prostitute he patronizes is actually his girlfriend. Ethan Hawke plays detective Sal Procida with a hackneyed "yo, Vinny" Italian-American accent, but also provides a complicated portrayal of a family man and star narcotics officer who uses his position to steal drug money and mete out vigilante justice. Don Cheadle, excellent as always, plays another star detective, Tango Butler, who's gone way too deep undercover inside a drug gang, and may be transferring his loyalty from the NYPD to a vicious, charismatic drug lord (Wesley Snipes, in one of his oiliest and most irresistible performances).

Fuqua's dandy supporting cast also includes Ellen Barkin, who gets just two scenes as a ball-busting, queen-bitch FBI agent and eats them whole, along with nice turns from Lili Taylor (as Sal's wife) and Brian F. O'Byrne. If Fuqua is unusually skilled at unleashing actors, he has more trouble managing scripts, and I think this one gets away from him, finally becoming a construction just as mechanical as "Crash," if far more fatalistic. Speaking as a Brooklynite who lives maybe four or five miles from the projects depicted in the film, Fuqua makes them seem a lot more dire and doomed than they are. Still, that's his job, right? Nothing illustrates the timidity of present-day Hollywood more completely than the fact that Fuqua had to go outside the current studio system to make something that so strongly resembles a late-'70s/early-'80s Hollywood film. At least it's a decent one.

"Brooklyn's Finest" is now playing in many major cities. Wider release may follow.