Bart Stupak's got the whole world in his hands 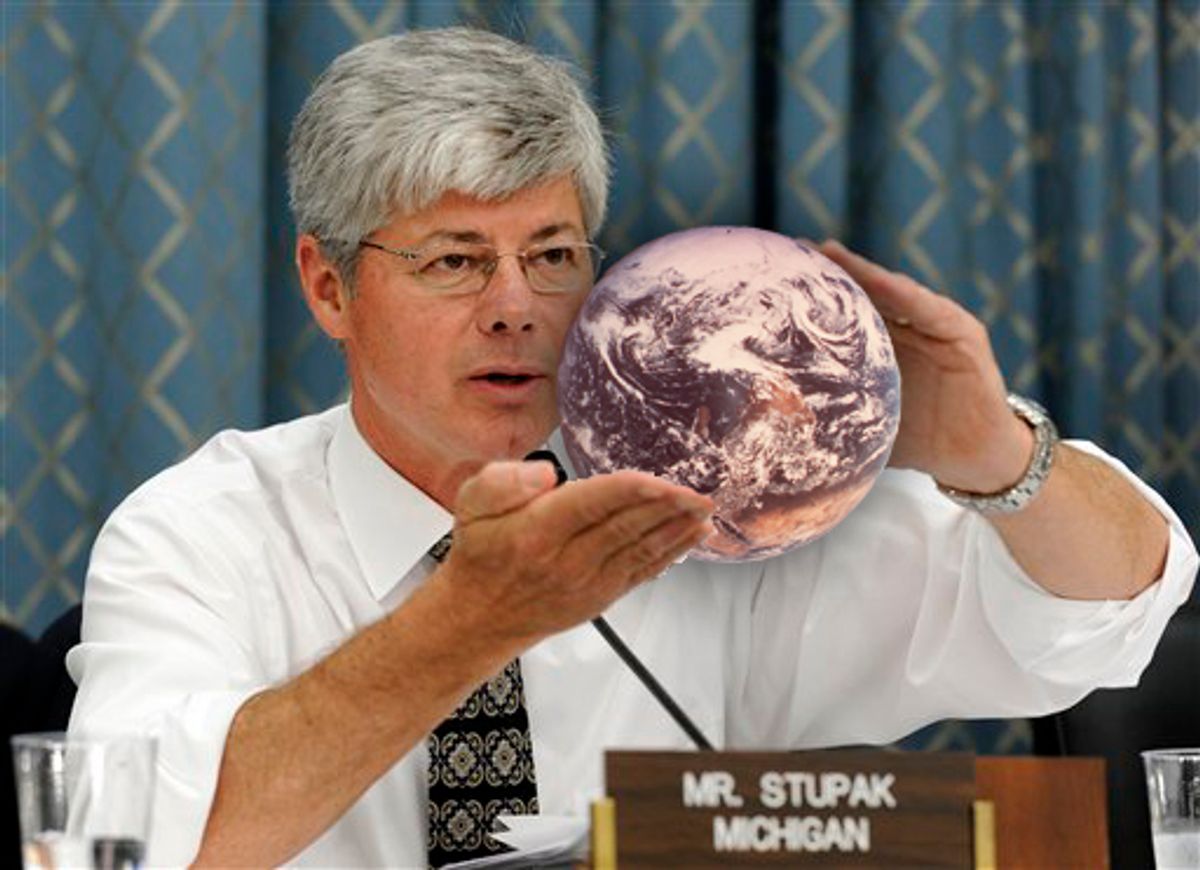 FILE - In this June 12, 2009 file photo, House Energy and Commerce subcommittee Chairman Rep. Bart Stupak, D-Mich, speaks on Capitol Hill in Washington. Rep. Stupak said Tuesday he won't seek the Democratic nomination for Michigan governor this year and instead will run for re-election to Congress, where he holds powerful committee assignments and has been a significant voice in the health care debate. (AP Photo/Susan Walsh, File) (Susan Walsh)
--

If you listen to Rep. Bart Stupak, D-Mich., you might well believe that he controls the fate of healthcare reform. And he may well be right.

Stupak -- namesake for the controversial Stupak Amendment to the House's original reform bill, which severely restricted funding for abortions -- isn't happy with the abortion language in the Senate version, which the House is being asked to pass. He's saying he'll vote against the legislation, and that 11 other House Democrats who were "yes" votes on that chamber's bill last fall will flip with him. Given the narrow margin of last year's vote, that could well prove a fatal blow to Democrats' efforts to get reform passed.

Democratic leaders seem to be taking Stupak seriously. Though House Speaker Nancy Pelosi suggested Thursday that Stupak's allies might not be as determined to join him as he thinks, House Majority Leader Steny Hoyer appears to be working with him on this.

"Separate pieces of legislation could be passed that would relate to that," Hoyer told reporters. "I talked to Mr. Stupak today, and I'm going to be talking to him next week and he indicated he wanted to have some discussions with people. And I will do that."

There's a real potential sticking point here, though. The current plan is to make fixes to the Senate bill that will make it more palatable to House Democrats, and to do so through reconciliation, a budget procedure that prevents a filibuster. Problem is, there are some pretty strict rules about how reconciliation can be used, and new language on abortion would pretty clearly not qualify to be considered using the procedure. That's why Hoyer's talking about separate legislation.