The mailman from "Cheers" hates Obama. What's up with that?

Slide show: They fear Obama's the antichrist or a socialist. Meet the GOP's army of washed-up celebrities 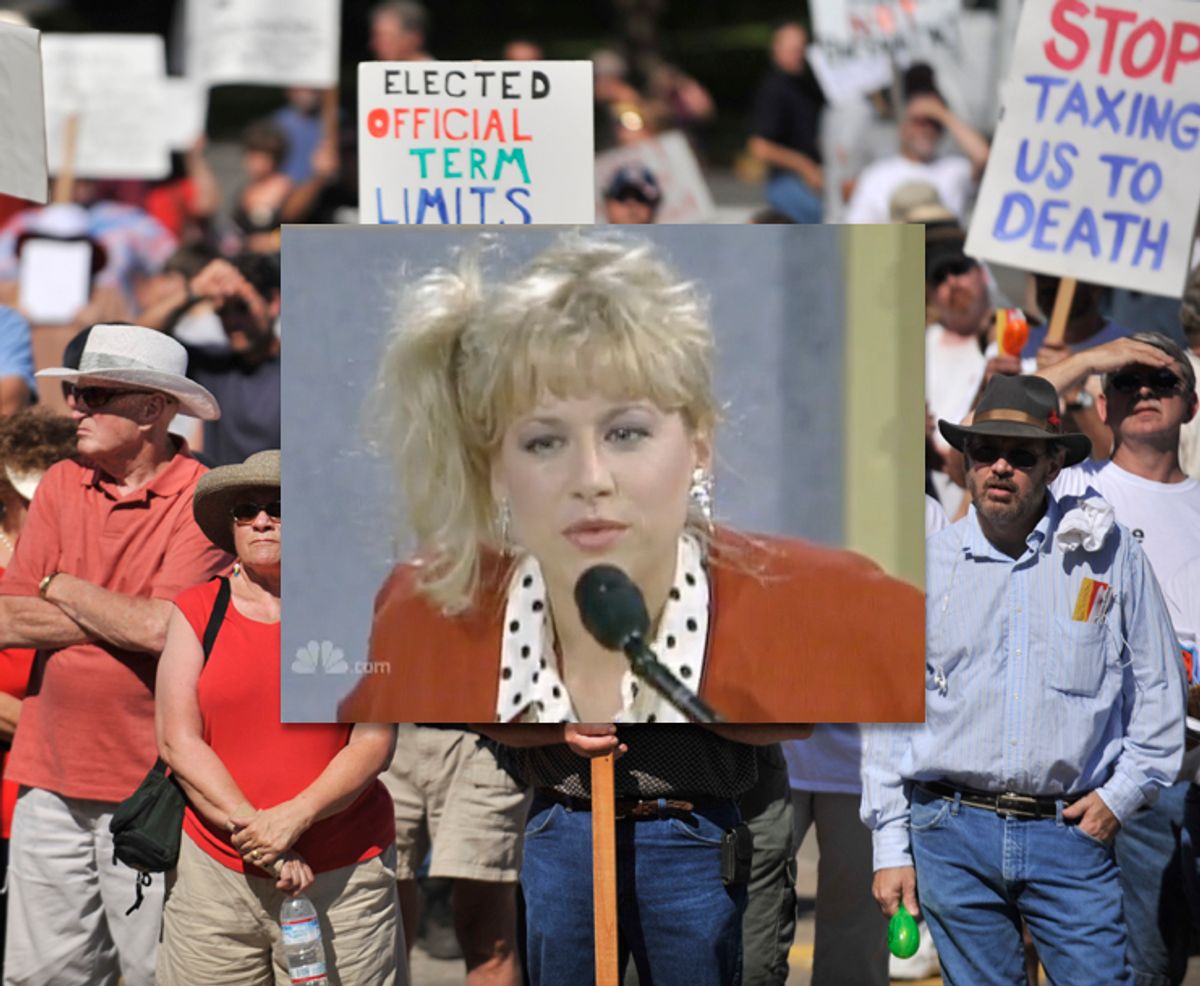 Maybe you missed the news this week that Victoria Jackson will be one of the headline guests at the Tea Party Express kickoff event in Nevada this month.

But that was before she discovered political activism! Today, the 50-year-old Jackson is an outspoken opponent of President Obama and his socialist/Marxist/terroristic agenda. As she put it back in 2008, "Obama bears traits that resemble the anti-Christ and I'm scared to death that un- educated people will ignorantly vote him into office."

Lucky for America we have a washed-up celebrity like Victoria protecting us from the socialist menace. And she's not alone. Come along with Salon as we look at some of the other once-prominent celebrities who have found new life as fire-breathing right-wingers in this slide show.