"In Memoriam": Oscar mourns the dead

By Will Di Novi 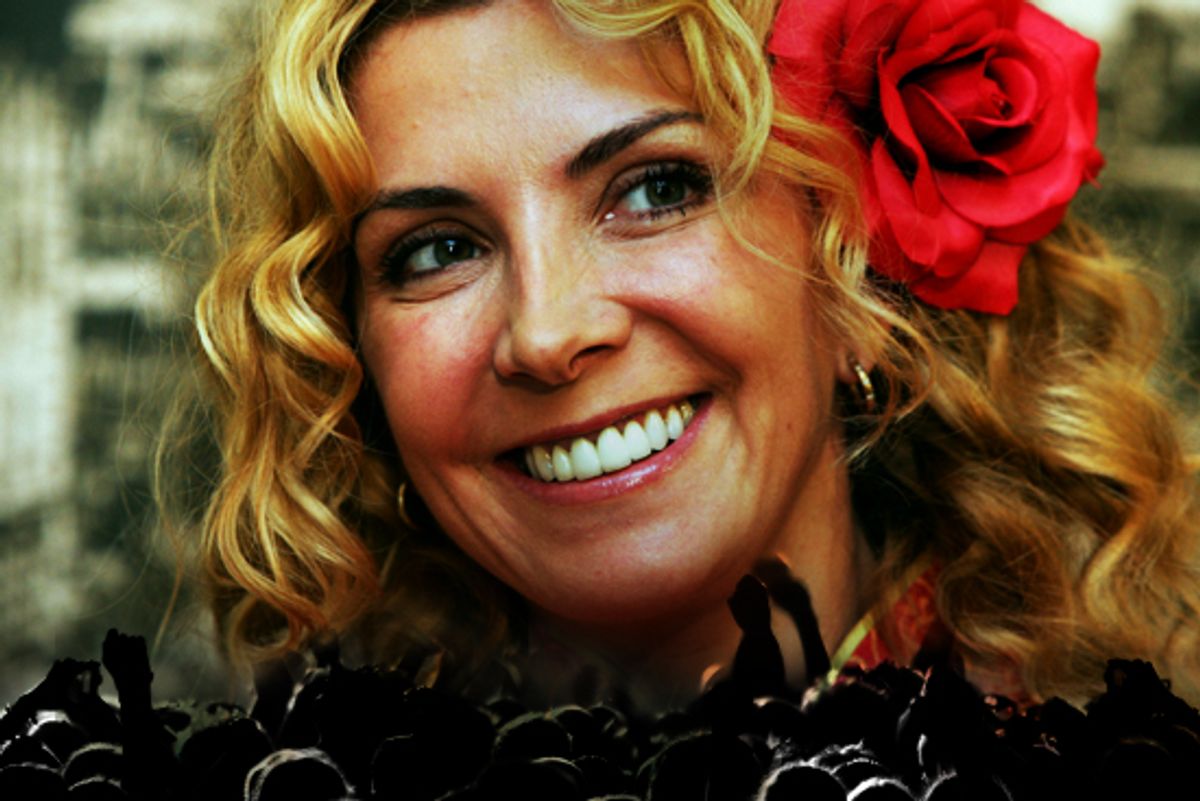 We love to hate the Oscars. We seethe with resentment when the Academy passes over bold and original talent, lavishing nominations on sentimental standbys and flavors of the month. We sting from the piercing epiphany, the movie lover's equivalent to uncovering the myth of Santa Claus, that many Oscar voters are simply too busy making movies to watch all the nominated films. We gnash our teeth during the big show itself, as blowhards of merely moderate talent preen and posture before the cameras, locking us in the inter-galactic blast radius of their egos. It's not hard to imagine the stream of half-masticated snack food that will hurtle across living rooms from L.A. to Lahore when James Cameron, newly recrowned King of the World, asks for a moment of silence to honor all who perished in the Na'vi insurgency.

But enough! Basta! Even the most ardent, Bazin-quoting, Buñuel-loving film snob has to admit there's one undeniable, if slightly morbid, reason to stop worrying and love the Oscars: "In Memoriam," the annual tribute to the movie giants who have passed away over the previous year. "In Memoriam" is the mother of all greatest-hits montages, a four-minute lesson in film history. As golden moments from our collective movie memory fill the screen of the Kodak Theatre, it's like stepping into the final scene of Giuseppe Tornatore's "Cinema Paradiso," where the censored clips from classic movie romances wash across the hero's eyes in a tidal wave of nostalgia. Unrepentant sentimentality suddenly feels appropriate. Exuberant expressions of gratitude cut any lingering traces of sarcasm or snark like a machete. "Wasn't Alec Guinness an actor of uncommon grace and versatility?" you might reflect. "Was Richard Widmark not the most badass villain who ever graced the silver screen?" Film nerd-dom reigns.

This year's segment should continue the trend. Over the past 12 months, we lost the sublime Eric Rohmer, the effortlessly intelligent Natasha Richardson and legendary film composer Maurice Jarre. We saw the passing of teen movie maverick John Hughes, "On the Waterfront" screenwriter Budd Schulberg and actress Jennifer Jones, who received a staggering four consecutive best-actress nominations in the 1940s, and won for "The Song of Bernadette." The thought of Sunday's tribute is enough to give any movie lover a case of premature nostalgia, remembering the event before it has even occurred.

The cinema's remarkable power as a vessel for nostalgia is precisely what gives "In Memoriam" its emotional charge. The medium has an unparalleled capacity to capture an artist's creative spirit in its prime, preserving its essence for posterity. As critic Philip Lopate once observed in an essay on the films of Carl Theodor Dreyer, "perhaps there is something in the very nature of film, whose images live or die by projected beams of light, that courts the invisible, the otherwordly." Dreyer was no fan of montages, believing that a certain spiritual and aesthetic stillness was integral to the movie camera's mission, but he might have made an exception for "In Memoriam." Its crystalline images and smooth dissolves echo the Great Dane's efforts "to record the motions of the soul."

Or maybe "In Memoriam" is just an elegant way to give whoever's hosting the Oscars a bathroom break before throwing to a Doritos commercial. Whatever the reason for its inclusion in the Academy Awards, it's a welcome reassurance that, warts and all, they remain a wonderful celebration of the movies. As the segment's last image fades to black, we may find our critical synapses reigniting: "Why did they devote 30 seconds to George Harrison but only three to Akira Kurosawa? Did they really leave out Brad Renfro and Robert Goulet?" But even then, caught in the most dyspeptic throes of Oscar angst, we are as inextricably tied to this annual ritual as Jack Twist and Ennis del Mar were to their yearly trips to Brokeback Mountain. "You are too much for me, Oscar," we yell at the TV every year. "I wish I knew how to quit you." "In Memoriam" reminds us why we never do.

MORE FROM Will Di Novi