Looks like a fight for Rangel's gavel after all

Two Democrats may duke it out for the Ways and Means chairmanship. But both of them have a 2012 problem 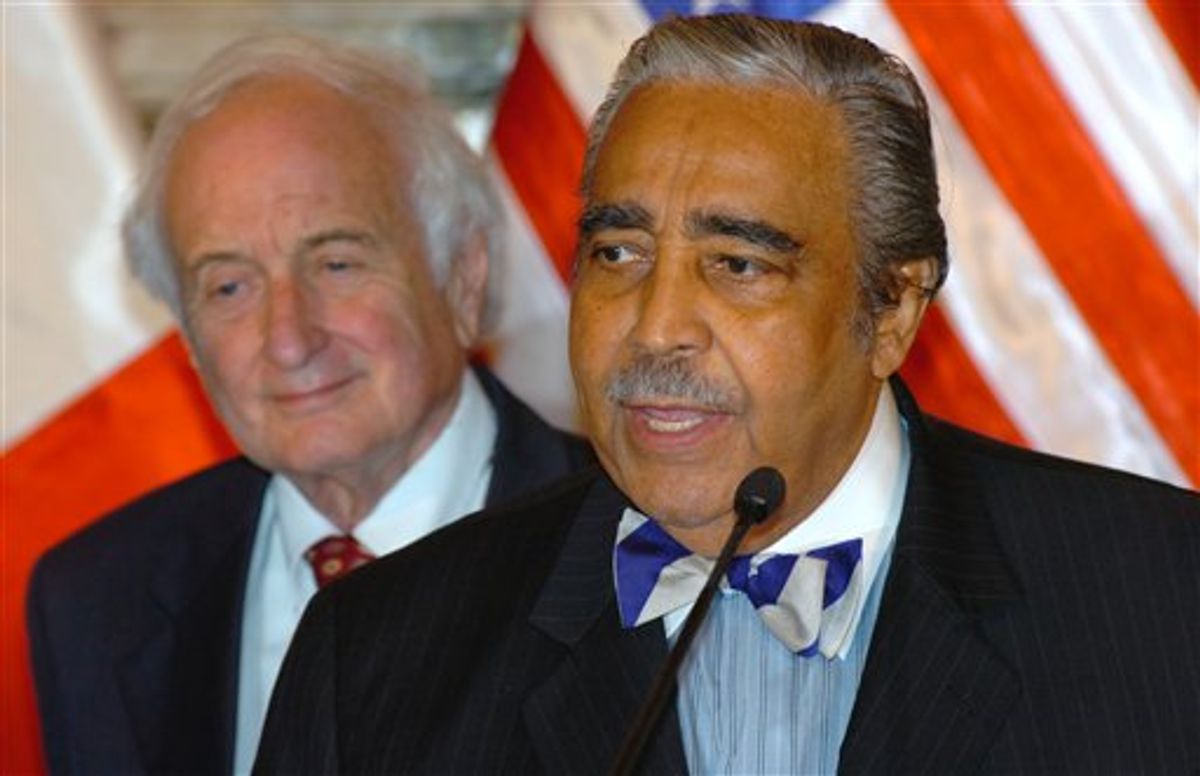 National Journal’s Rich Cohen has picked up on an interesting Boston Globe report from Friday that, he notes, seems to have gotten lost over the weekend: There may yet be a fight to replace Charlie Rangel atop the House Ways and Means Committee.

According to the Globe, Massachusetts Rep. Richard Neal will challenge Sander Levin for the top slot after this November’s election (assuming that Democrats retain control of the chamber). Levin claimed the gavel last Thursday, after Rangel stepped aide "temporarily" (and after Democratic leaders decided that California's Pete Stark, the committee's next most senior Democrat, would be a liability as chairman).

Cohen makes a good case for why this will cause Nancy Pelosi some real headaches. And he suggests that the 78-year-old Levin may be a lame duck in the next Congress anyway, since the 2012 round of redistricting could seriously jeopardize his incumbency. But it should be noted that the same is true for Neal, whose Springfield-based 2nd District could undergo a big facelift in redistricting.

Massachusetts, which retained all of its seats in the last go-round, figures to lose one in ’12. Since the state is losing population in the west, the two districts west of Worcester – Neal’s and fellow Democrat John Olver’s – are logical candidates for a merger.

Neal and Olver are two of the delegation’s most senior members, elected in 1988 and 1991, respectively. In theory, Neal, as a former mayor of western Massachusetts’ largest city (Springfield), would have a stronger base in a primary. But his mayoral term came more than 20 years ago.

Olver, a longtime state legislator before winning a ’91 special election, may not have much of a reputation in Washington, but he’s proven quite durable with the electorate. Since fending off future Governor Jane Swift in 1996, he hasn’t faced a serious challenge. (It helps that his tenure has coincided with a marked increase in Democratic loyalty by the 1st District’s electorate, which sent moderate Republican Silvio Conte to Washington for 30 years before Olver’s election.)

There’s a belief in Massachusetts that Olver, who will be 76 in ’12, would opt to retire if pitted against Neal (who will be 63). But that’s just speculation. Olver is (and always has been) a mystery to political-folk in Washington and in his home state. It’s entirely conceivable that he’d throw himself into a race against Neal. And, depending on the composition of the new, merged district, it’s not impossible he’d win.

In other words, both Levin and Neal could be lame ducks in 2012. Maybe someone else wants to jump in the Ways and Means race?