The former Massachusetts governor gets pushed by Fox News, of all places, on his health reform plan 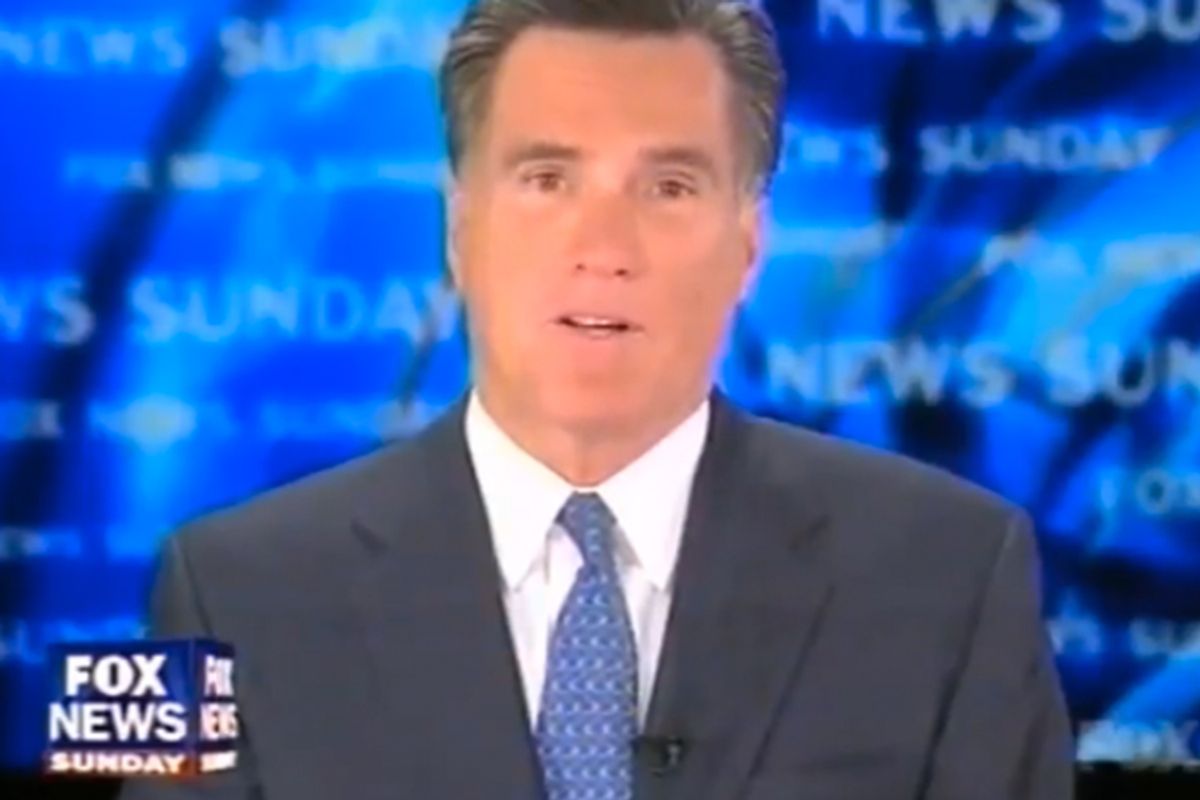 Mitt Romney has been pretty exuberant in the Obama-bashing lately, giving a red meat speech to the conservative gathering CPAC last month and launching an early 2012 campaign swing (disguised as a book tour) this month to help boost his visibility.

But on the topic Republicans are the most eager to bash the White House for these days -- healthcare reform -- Romney's in a bit of a bind. The Massachusetts healthcare reform plan that he helped pass as governor shares a lot of the features of President Obama's plan: individual mandates, subsidies for people who can't afford insurance, expanded Medicaid benefits.

Which made for a bit of an awkward Sunday morning for Romney on Fox News. Host Chris Wallace -- who, like his colleagues, isn't exactly a strong supporter of the Obama proposal -- pressed the presumptive GOP front-runner on the issue.

"We got a lot of e-mail from conservatives this week who said that you are the wrong man to be making that point, and they pointed specifically to your role in passing health care reform in Massachusetts," he said.

Romney tried to push back, saying premiums have risen slower in Massachusetts than they have in the rest of the country. But he also seemed to endorse the individual mandates in Obama's proposal.

"There's a big difference between what we did and what President Obama is doing," he said. "What we did, I think, is the ultimate conservative plan. We said people have to take responsibility for getting insurance, if they can afford it, or paying their own way. No more free-riders."

That is, of course, the exact theory behind the mandates in the White House proposal -- that the only way to ban insurers from denying coverage due to preexisting conditions is to expand the risk pools by making people "take responsibility for getting insurance." Democrats were quick to point the line out, sending e-mail to reporters Sunday afternoon.

Romney being Romney, chances are he'll find a better way to talk about the issue soon. But it could still dog him for as long as healthcare remains a hot topic. So like Obama, Romney is probably eager for Washington to move onto something -- anything -- else.