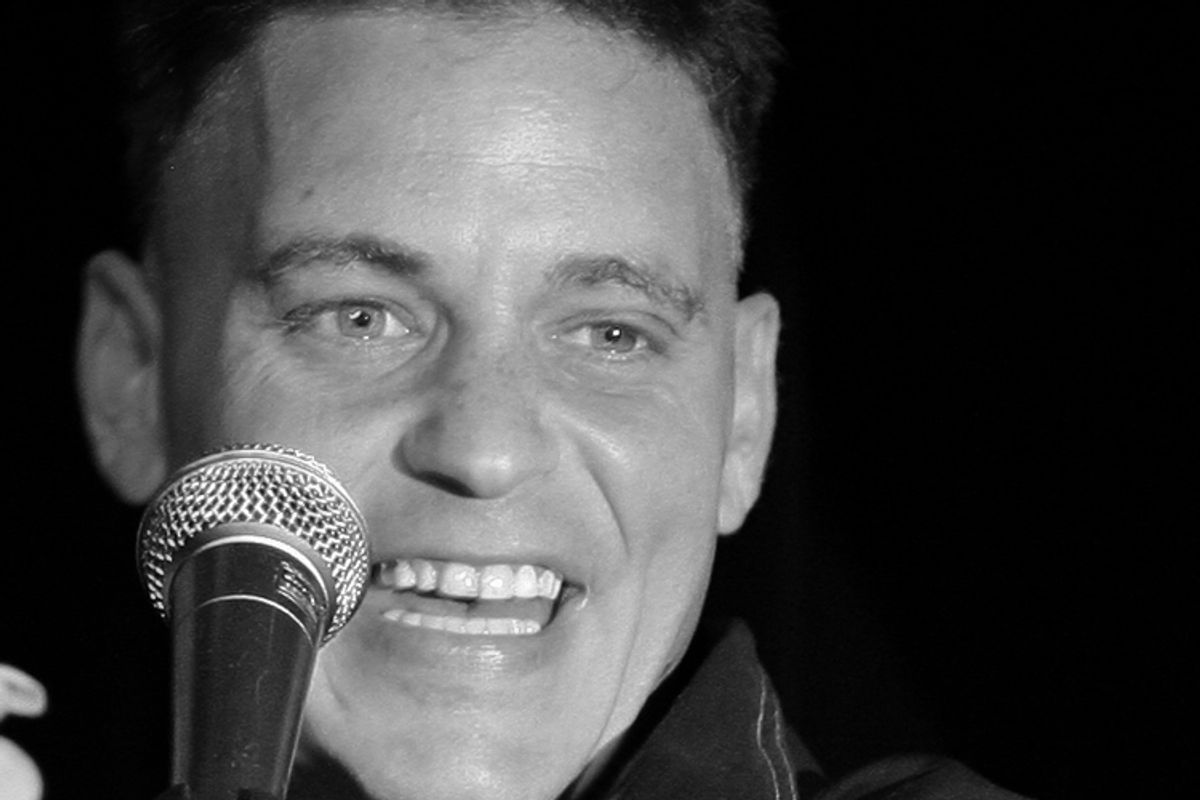 What happens when you make a roadside attraction out of a human being? How do you take a guy who's spent a lifetime shaking off the vulnerability and ego omnipotence that often comes with child stardom, a guy who struggles with drugs, says he was sexually abused, who's clearly on shaky emotional ground, and put him back in front of the camera with his longtime friend and foe?

Watching this footage from "The Two Coreys," a show built around the decaying relationship and revived career hopes of Corey Haim and Corey Feldman, will make you wonder about the practice of pointing cameras in the faces of exactly those people who are destined to get confused, say too much, and regret it. Corey Haim was allegedly troubled long before (and presumably after) these scenes were shot, and his judgment (and Feldman's) doesn't appear that sound.

But imagine if your notion of love was tied to the camera's gaze. Decades after that love is withdrawn, it returns in the form of a TV show. "The world loves me once again!" you'd think, even though your name itself has become something of a nostalgic punch line.

In this clip, Feldman and Haim decide, in the middle of an argument, to one-up each other about who did or didn't help the other during a period of sexual abuse that they suffered as kids. Are these two people strong enough or sound enough to manage the camera's gaze in a way that doesn't hurt them? Or do they equate attention with love, the way an addict equates drugs with escape or release? In retrospect, allowing these two to expose themselves all over again -- particularly Haim whom everyone on the show refers to as adrift and unmoored -- seems downright reckless.

The public can't take responsibility for the bad decisions of grown adults. But the machine that turns little kids into demigods then recycles them as freaks decades later undeniably messes with the lives of vulnerable individuals for the world's idle consumption.

From "Celebrity Rehab" to "The Bachelor," we clearly love watching other people make bad decisions, even if their primary bad decision was agreeing to appear on camera in the first place. We want to see these mistakes up close, to make our own mistakes feel relatively harmless.

But how much human carnage can we tolerate for the sake of fulfilling our rubbernecking needs, for the sake of something tragic or pathetic to ponder over coffee at work? Haim may have been headed for a fall regardless. Even so, it's impossible to watch him playing with fire here, and not think about our culpability, as a culture. If Haim and Feldman were regular guys, would there be a show here? Money could be made off keeping these "Lost Boys" lost forever.