"Filegate" judge: There's no there there -- and never was 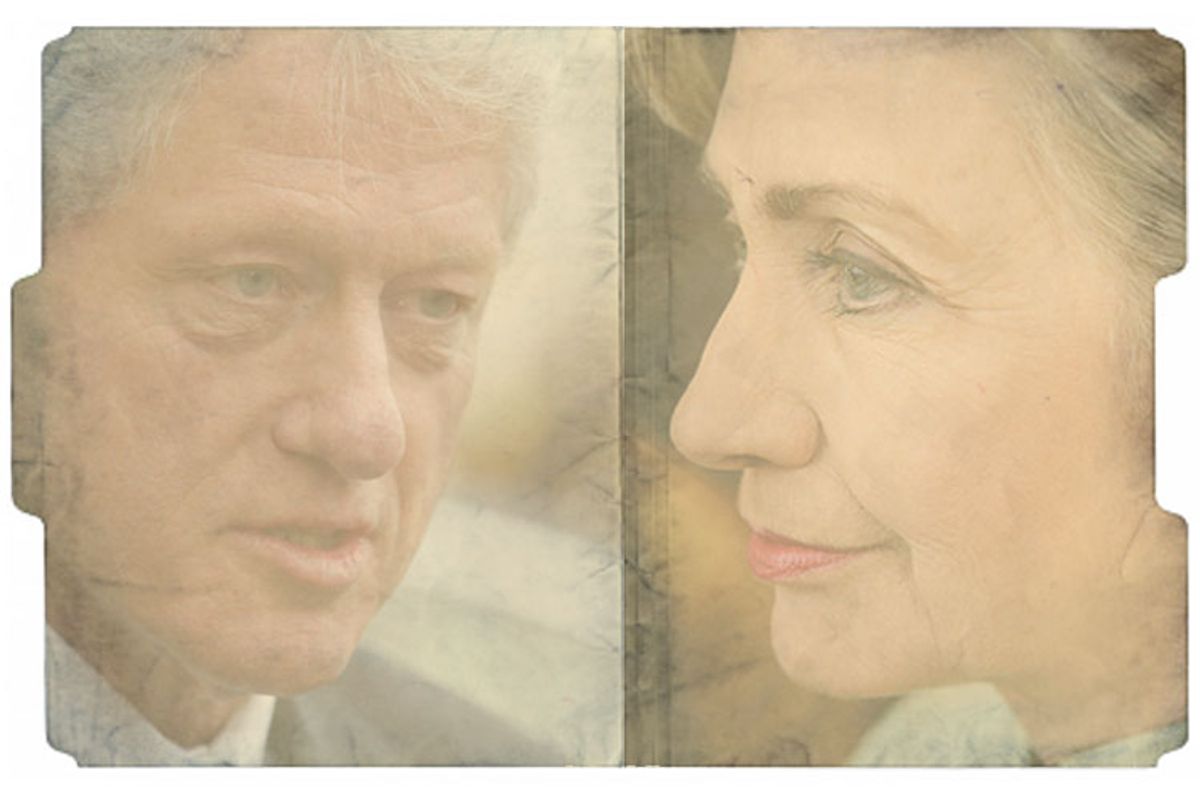 "Filegate" is a term that always deserved scare quotes, because the putative scandal concerning the misuse of FBI files in the Clinton White House was so clearly, from its very beginning in 1996, no scandal at all. But the obvious absence of any credible evidence that Bill or Hillary Clinton or any of their employees or associates had ordered up such files, or committed any abuse of them, did nothing to dissuade mainstream media, right-wing outlets, or Republican politicians from hysterically promoting the pseudo-scandal.

Today it is amazing to recall how significant this nothingness was once deemed to be, with nightly coverage on network newscasts. On Capitol Hill, Sen. Orrin Hatch demanded a fingerprint analysis to determine whether Hillary Clinton had touched the files (she hadn't) while lengthy investigations got under way in the Senate, the House and the Office of the Independent Counsel led by Kenneth Starr. Bob Dole, the Republican presidential candidate in 1996, compared "Filegate" with Nixon's Watergate scandal and asked: "Where's the outrage?"

Yesterday the last wheeze of hype was squeezed from that old controversy, when U.S. District Judge Royce Lamberth dismissed the remaining civil lawsuit against former Clinton administration officials in the FBI files affair. Brought by eccentric attorney Larry Klayman, who became a favorite of cable television and conservative funders during the Clinton era, those costly lawsuits were described in the judge's decision as essentially baseless.

Summing up his findings, Lamberth wrote: "After years of litigation, endless depositions, the fictionalized portrayal of this lawsuit and its litigants on television, this court is left to conclude that with the lawsuit, to quote Gertrude Stein, 'there's no there there.'" A Reagan appointee once lauded by Klayman himself as "this great jurist," he showed a talent for understatement when he noted that "after ample opportunity," the plaintiffs "have not produced any evidence of the far-reaching conspiracy that sought to use intimate details from FBI files for political assassinations that they alleged. The only thing that they have demonstrated is that this unfortunate episode -- about which they do have cause to complain -- was exactly what the defendants claimed: a bureaucratic snafu."

The judge's decision specifically exonerated the remaining civil defendants, former White House officials Craig Livingstone and Bernard Nussbaum. Perhaps forgotten now, they -- along with Hillary Clinton, the supposed mastermind of "Filegate" -- were accused of felonies by top Republicans on Capitol Hill and maligned countless times by right-wing figures in the media and many mainstream journalists as well.

Of Livingstone, a low-level White House official who resigned immediately when he learned that FBI background summaries had been mishandled, the judge wrote: "There has been no evidence that Craig Livingstone sought to obtain the plaintiffs' FBI summary background reports for any improper purpose, political or otherwise." Concerning Nussbaum, an honorable attorney who also left the White House under a cloud, Lamberth noted, "There has been no evidence that Mr. Nussbaum made these requests himself and as the court has noted earlier, there has been no evidence presented that there was a conspiracy to request the plaintiffs' summary background reports for political purposes, let alone that Mr. Nussbaum was involved in it." In short, Nussbaum was wholly innocent even of responsibility for the "bureaucratic snafu."

In passing, the judge also mentioned his opinion of the House Government Operations Committee report on "Filegate," compiled when Congress was in the hands of Republicans who believed that their purpose in Washington was solely to obstruct the Clinton administration, mainly by concocting and conducting bogus investigations. (Their history of irresponsibility and frivolousness offer a preview of the Republican agenda should they win control next fall.) Lamberth wrote that the House report was inaccurate and not "sufficiently trustworthy" to be relied upon for factual information, and therefore "inadmissible" as evidence in the case.

Now that the moldy remnants of "Filegate" have at last been properly trashed, can anything relevant be learned from its distasteful history? Certain of the most assiduous promoters of the phony scandal are dead or retired from public life. But others are still around, exaggerating in the same old style when attacking the Obama White House, ACORN, and Democrats in Congress. So the pronouncements of all those responsible for pushing the bogus FBI file controversy are forever subject to the deepest doubt. Googling the term "Filegate" brings up stories that should embarrass the Wall Street Journal editorial page; the Media Research Center, whose chief wingnut Brent Bozell  continued to flog this discredited fake as late as November 2007;  National Review Online; WorldNetDaily; Fox News Channel, then in its  noisome infancy; and indeed, nearly every other organ-grinder and kazoo-blower of the Republican noise machine.

It took Judge Lamberth a long time to say so, but when these people (and their gullible friends in the mainstream media) cry scandal, it is safe to assume that there is no there there.