Inside the twisted world of couples therapy 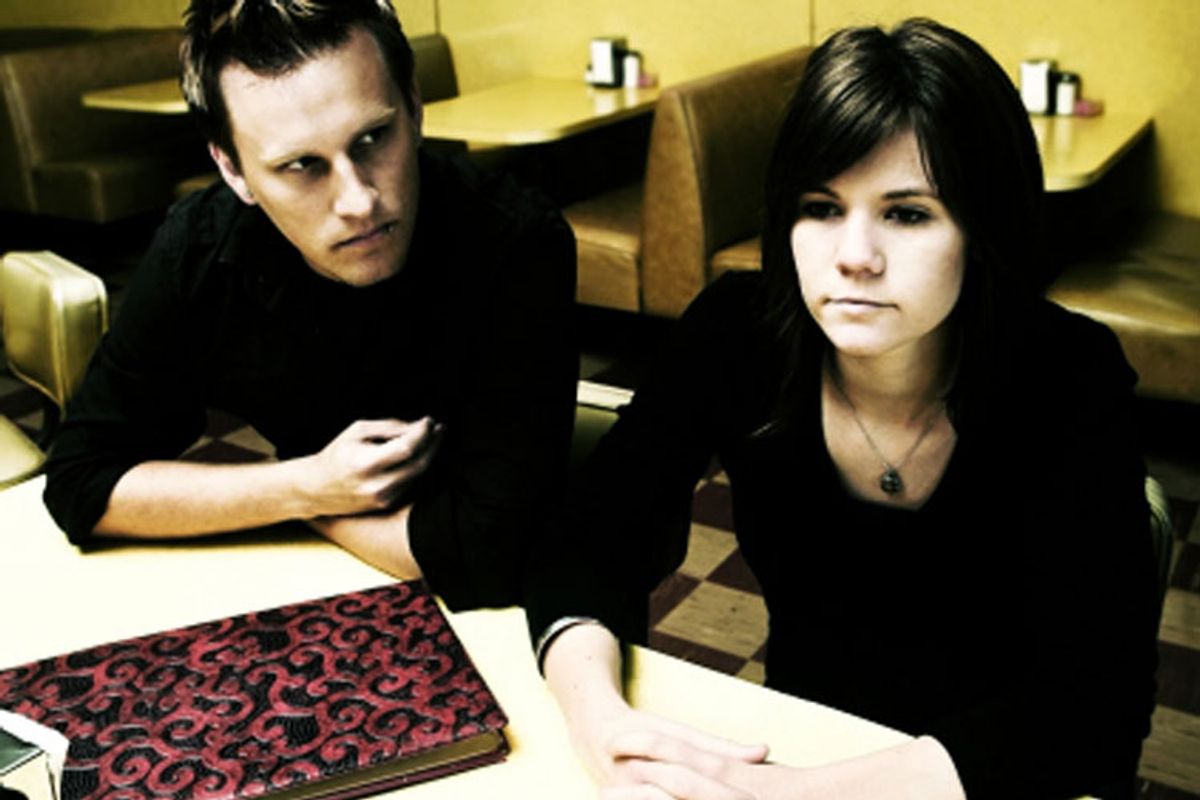 Marie and Clem, one of several couples in Laurie Abraham's "The Husbands and Wives Club," met sweetly in college; he arrived late for class, she admired his muscular physique. Before long it was parties, flowers and kisses.

But 20 years into their marriage, their relationship isn't going very well: Marie won't respond to Clem's sexual advances; Clem can't seem to tell her how he feels about anything; and when the two have a massage-focused couples therapy session, it ends with Marie rubbing Clem's shoulders  with "tears streaming down her face and dripping onto his forehead." In the hopes of salvaging their marriage, the couple have signed up for an unconventional year-long group therapy program with psychotherapist Judith Coché, in which five couples talk openly about their marital problems in a group atmosphere.

Salon spoke to Abraham over the phone from her office in New York, about America's obsession with monogamy, the science behind marriage ruts, and what straight couples can learn from radical gay culture.

It seems like the stigma attached to therapy is waning. Do you think the same thing is true for couples therapy?

Therapy has become more acceptable to many people, and couples therapy has followed in that wake. But I still think it's more stigmatized. You probably won't talk about it at a party, but you'll do it if you’re married and have two kids and you don’t want to get a divorce.

A failed relationship still has a lot of stigma to it, and people say, "If you have to go to couples therapy you might as well get divorced." In the public's mind, going to couples therapy is admitting that you screwed up monumentally and that you’re only there to save face or make a last feeble effort. It's not considered a socially acceptable way of bettering yourself. If you ask people in my set, they would never admit they go to couples therapy.

I didn’t go into this thinking people get any special benefit from being in a group. I thought it would be an opportunity to see more couples interact with each other and the therapist [for the purposes of my writing]. But by the end, I realized that it made it more acceptable to have a not so great marriage, because other people were working on theirs. It's easy to feel like a failure and a loser and even kind of dirty if you need help with your marriage.

The standard theory about the effect of social connection would say that group therapy encourages people by shaming them into improving in a certain way, or giving them examples of what, in the end, is possible. It sounds kind of hokey, but I think it's true: When you feel connected to other people, it’s uplifting.

At this point, it's a cliché to say all New Yorkers are in therapy. Why do you think people on the East Coast are more likely to talk through their problems with a therapist?

It’s more acceptable to be angst-ridden [on the East Coast]. Personal intellectual inquiry is just more part of the air here. And stoicism just isn’t as valued in New York, as it was where I grew up [in the Midwest]. That said, in some ways this whole victim psychology is probably a national culture.

More and more unmarried people seem to be going to couples therapy. Why do you think that is?

I see that as a positive development. It seems silly to go to couples therapy if you’re dating and you just want to get along better, but these days people date forever, so you might as well get along better. If you are in a relationship that seems to be headed toward some sort of commitment -- you’re having kids, getting married -- it may be a good idea to hit some stuff head-on early. It is hard, cognitively, to get out of marital ruts.

As you write in the book, there's a neurological reason why people get stuck in these marital ruts.

The brain tries to put things in the same patterns it already knows. Every time you experience something, your brain lays down what they call a neural network and then when you get new sensory information you tend to shunt what you are getting into the old neural networks. You make them fit what’s there. It makes it harder to see things or people anew. That means it’s harder to get out of that misery.

When you have a distressed couple that's already unhappy and, for example, the husband comes home and brings the wife some flowers, instead of thinking, "How lovely," and giving him a kiss, the unhappy wife will think, "Oh, this is so atypical," or "What's he trying to hide? Is he cheating on me?"

There was research where couples were videotaped in an apartment-like setting and scientists watched them and marked down every time the couple had a pleasurable interaction. Then they asked the couple to do the same, and unhappy couples marked down less than half of what the neutral coders did. They’re seeing things through different eyes.

It seems very American -- in the sense that it's very idealistic -- that these couples believe so firmly in the idea of marriage that they're willing to go to such lengths to maintain it.

I assume the French don’t really do a lot of couples therapy. I think that there are aspects of our culture that make it seem like marriage is the only way to find emotional sustenance in life. Our culture affirms marriage and monogamy. We haven’t found better ways to have a sustained emotional connection. You can find it through friends and family, but maybe because our culture pushes it so hard, people often end up feeling there's a hole in their life if they don’t have some close partner as they get older. Of course, if you have kids, that feeling is magnified even further.

For whatever bourgeois reason, I wanted a man in my life. I wanted long-term relationships. If I were more evolved maybe I'd fill the need in another way.

I'm a 20-something gay man in New York, and I probably know more people in open relationships than in monogamous ones. To me, many of the marriages in the book sounded like torture, and as I was reading, my reaction was that they should either get a divorce, or figure out something more fluid that works.

I think it might be easier to do that in gay culture, because there is cultural support for that. Who knows if it's ideal to be in a closed marriage or an open relationship? Neither sounds ideal. There's a lot of misery among married couples, but don't open relationships eventually become another form of misery?

I think at its best, monogamy is the wish to find someone to side with, someone to die with. At its worst, monogamy is a cure for the terror of aliveness, of not knowing what's going to happen tomorrow, of living a life that's not rigid and set. Those are easily confused.

I think a lot of people could learn something from thinking about alternatives to sexual monogamy -- I've thought about it -- but I think, for the couples in the book, it may not be the kind of marriage they'd want.

What was the most moving moment that you witnessed over the course of the therapy?

I think one of the most moving moments was when one woman in the group, who was known as an alienating person, moved her chair, reached over and held someone’s hand. That may sound sappy, but it was really genuine. Despite what people may think about group therapy there was not a lot of touchy-feely action. There wasn’t a lot of crying, there wasn’t a lot of "Ooh, I feel for you." Then this person, who had been harsh and awful, did that, and it was transfixing. In therapy, as in life, it’s often the very small moments that are the most powerful.

The most disturbing part of the book for me was when the therapist makes one of the husbands put on a T-shirt that says, "Anger is my friend." It seemed like a parody of bad therapy.

I felt embarrassed. It was like when you watched a TV show as a kid, and Laura Ingalls Wilder put apples in her dress to have boobs, and you’re like, "Oh god, don’t do that, they’re going to fall out the bottom!" I felt a little of that cringey feeling.

But one thing I learned to do in the group is not to immediately treat my embarrassment as a sign that something was bad. There's the idea that if you’re not embarrassed, you’re not risking enough. There was a moment where Marie, one of the therapy clients, says, "This is soppy crap," and I was thinking the same thing. And then the therapist turns it around and talks about the importance of saying hello and goodbye to your spouse, and that sounded as banal as anything, but I started thinking about how my husband and I will walk into a room and not acknowledge each other at all and over time how that really hurts me, and so I applied that to my own marriage.

In the end, do you think the group therapy was helpful for the couples involved?

I think those couples were helped. Did I expect that to work out that way? Not necessarily. When it comes to therapy, they've never been able to show there's any method that's more effective than another -- and they've tried. The effectiveness of therapy is really therapist dependent, but there's something about being with someone listening to you, focused on you, that is obviously helpful. You could say, "Well, I can get that from a friend," but the truth is, many of us don't. Having a conversation with somebody who is really focused on you is something really restorative.