After feigning support all year for a public option, Democrats are now whipping against it to prevent passage 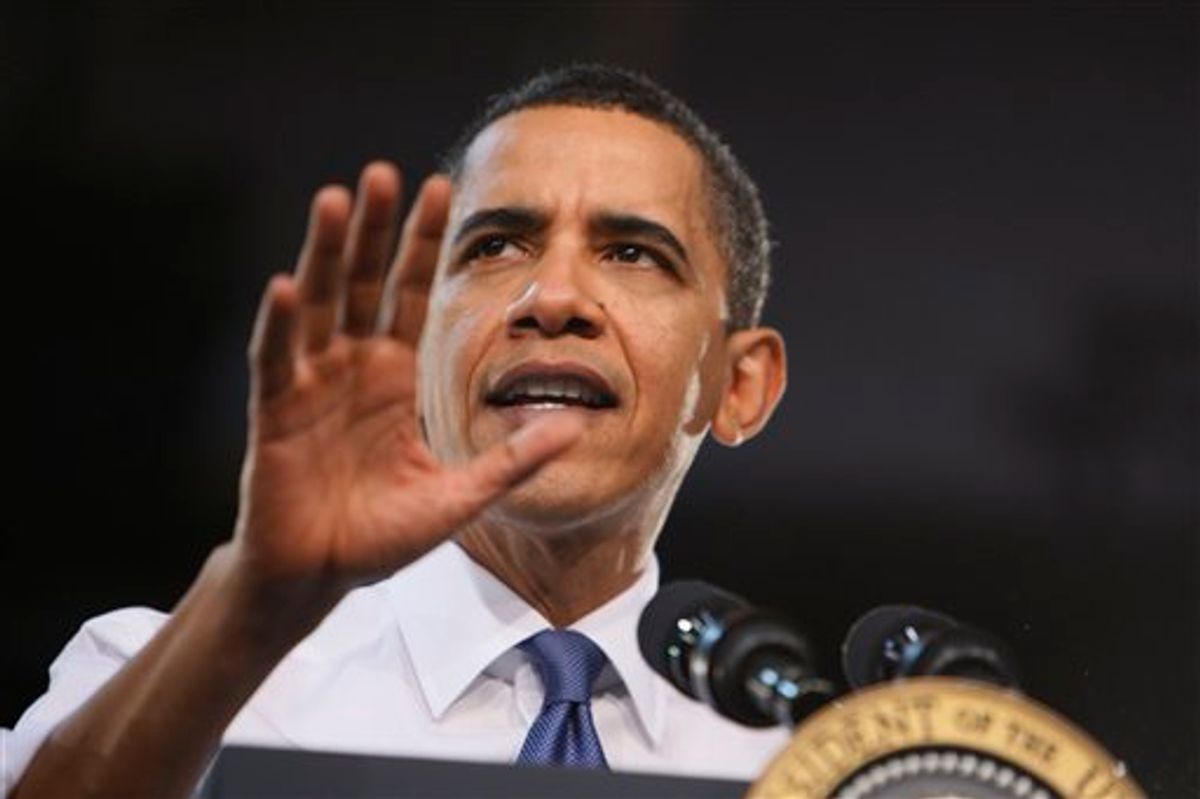 A couple of weeks ago, I wrote about what seemed to be a glaring (and quite typical) scam perpetrated by Congressional Democrats:  all year long, they insisted that the White House and a majority of Democratic Senators vigorously supported a public option, but the only thing oh-so-unfortunately preventing its enactment was the filibuster:  sadly, we have 50 but not 60 votes for it, they insisted.  Democratic pundits used that claim to push for "filibuster reform," arguing that if only majority rule were required in the Senate, then the noble Democrats would be able to deliver all sorts of wonderful progressive reforms that they were truly eager to enact but which the evil filibuster now prevents.  In response, advocates of the public option kept arguing that the public option could be accomplished by reconciliation -- where only 50 votes, not 60, would be required -- but Obama loyalists scorned that reconciliation proposal, insisting (at least before the Senate passed a bill with 60 votes) that using reconciliation was Unserious, naive, procedurally impossible, and politically disastrous.

But all those claims were put to the test -- all those bluffs were called -- once the White House decided that it had to use reconciliation to pass a final health care reform bill.  That meant that any changes to the Senate bill (which had passed with 60 votes) -- including the addition of the public option -- would only require 50 votes, which Democrats assured progressives all year long that they had.  Great news for the public option, right?  Wrong.  As soon as it actually became possible to pass it, the 50 votes magically vanished.  Senate Democrats (and the White House) were willing to pretend they supported a public option only as long as it was impossible to pass it.  Once reconciliation gave them the opportunity they claimed all year long they needed -- a "majority rule" system -- they began concocting ways to ensure that it lacked 50 votes.

All of that was bad enough, but now the scam is getting even more extreme, more transparent.  Faced with the dilemma of how they could possibly justify their year-long claimed support for the public option only now to fail to enact it, more and more Democratic Senators were pressured into signing a letter supporting the enactment of the public option through reconciliation; that number is now above 40, and is rapidly approaching 50.  In other words, there is a serious possibility that the Senate might enact a public option if there is a vote on it, because it's very difficult for these Senators to vote "No" after pretending all year long -- on the record -- that they supported it.  In fact, The Huffington Post's Ryan Grim yesterday wrote:  "the votes appear to exist to include a public option. It's only a matter of will."

The one last hope for Senate Democratic leaders was to avoid a vote altogether on the public option, thereby relieving Senators of having to take a position and being exposed.  But that trick would require the cooperation of all Senators -- any one Senator can introduce a public option amendment during the reconciliation and force a vote -- and it now seems that Bernie Sanders, to his great credit, is refusing to go along with the Democrats' sham and will do exactly that:  ignore the wishes of the Senate leadership and force a roll call vote on the public option.

So now what is to be done?  They only need 50 votes, so they can't use the filibuster excuse.  They don't seem able to prevent a vote, as they tried to do, because Sanders will force one.  And it seems there aren't enough Senate Democrats willing to vote against the public option after publicly saying all year long they supported it, which means it might get 50 votes if a roll call vote is held.  So what is the Senate Democratic leadership now doing?  They're whipping against the public option, which they pretended all year along to so vigorously support:

Senate Democratic leaders are concerned about the amount of mischief their own Members could create if or when a health care reconciliation bill comes up for debate. And sources said some supporters of creating a public insurance option are privately worried that they will be asked to vote against the idea during debate on the bill, which could occur before March 26.

Majority Whip Dick Durbin (D-Ill.) acknowledged Wednesday that liberals may be asked to oppose any amendment, including one creating a public option, to ensure a smooth ride for the bill. "We have to tell people, 'You just have to swallow hard' and say that putting an amendment on this is either going to stop it or slow it down, and we just can’t let it happen," Durbin, who supports a public option, told reporters.

If -- as they claimed all year long -- a majority of Congressional Democrats and the White House all support a public option, why would they possibly whip against it, and ensure its rejection, at exactly the moment when it finally became possible to pass it?   If majorities of the House and Senate support it, as does the White House, how could the inclusion of a public option possibly jeopardize passage of the bill?

I've argued since August that the evidence was clear that the White House had privately negotiated away the public option and didn't want it, even as the President claimed publicly (and repeatedly) that he did.  And while I support the concept of "filibuster reform" in theory, it's long seemed clear that it would actually accomplish little, because the 60-vote rule does not actually impede anything.  Rather, it is the excuse Democrats fraudulently invoke, using what I called the Rotating Villain tactic (it's now Durbin's turn), to refuse to pass what they claim they support but are politically afraid to pass, or which they actually oppose (sorry, we'd so love to do this, but gosh darn it, we just can't get 60 votes).  If only 50 votes were required, they'd just find ways to ensure they lacked 50.  Both of those are merely theories insusceptible to conclusive proof, but if I had the power to create the most compelling evidence for those theories that I could dream up, it would be hard to surpass what Democrats are doing now with regard to the public option.  They're actually whipping against the public option.  Could this sham be any more transparent?

UPDATE: One related point:  when I was on Morning Joe several weeks ago, I argued this point -- why aren't Democrats including the public option in the reconciliation package given that they have the 50 votes in favor of the public option? -- and, in response, Chuck Todd recited White House spin and DC conventional wisdom (needless to say) by insisting that they do not have the votes to pass the public option.  If that's true -- if they lack the votes to pass the public option through reconciliation -- why is Dick Durbin now whipping against it, telling Senators -- in his own words -- "You just have to swallow hard' and say that putting an amendment on this is either going to stop it or slow it down, and we just can’t let it happen"?

No discussion of the public option is complete without noting how much the private health insurance industry despises it; the last thing they want, of course, is the beginning of real competition and choice.

As I've noted before, the column I've written which has produced the highest level of hate mail over the past year (in terms of volume and intensity) was when I compiled the evidence back in August that the White House was working to ensure there'd be no public option in the final bill at exactly the same time Obama was publicly insisting he favored it. The very idea that the President might be saying one thing in public and doing the opposite in private was outrageous and conspiratorial; a politician (or, at least, Barack Obama) would never do such a thing.  Yet all along, that's exactly what the White House was doing, and it continues to do exactly that even though there is, at least, a significant chance that there are sufficient votes to enact the public option.  That's the reason their explanations and excuses make no sense:  because the real reason there's no public option -- they don't want one -- is the one they can't or won't admit.