The more we know about how the investment bank went about its business, the worse CEO Dick Fuld looks 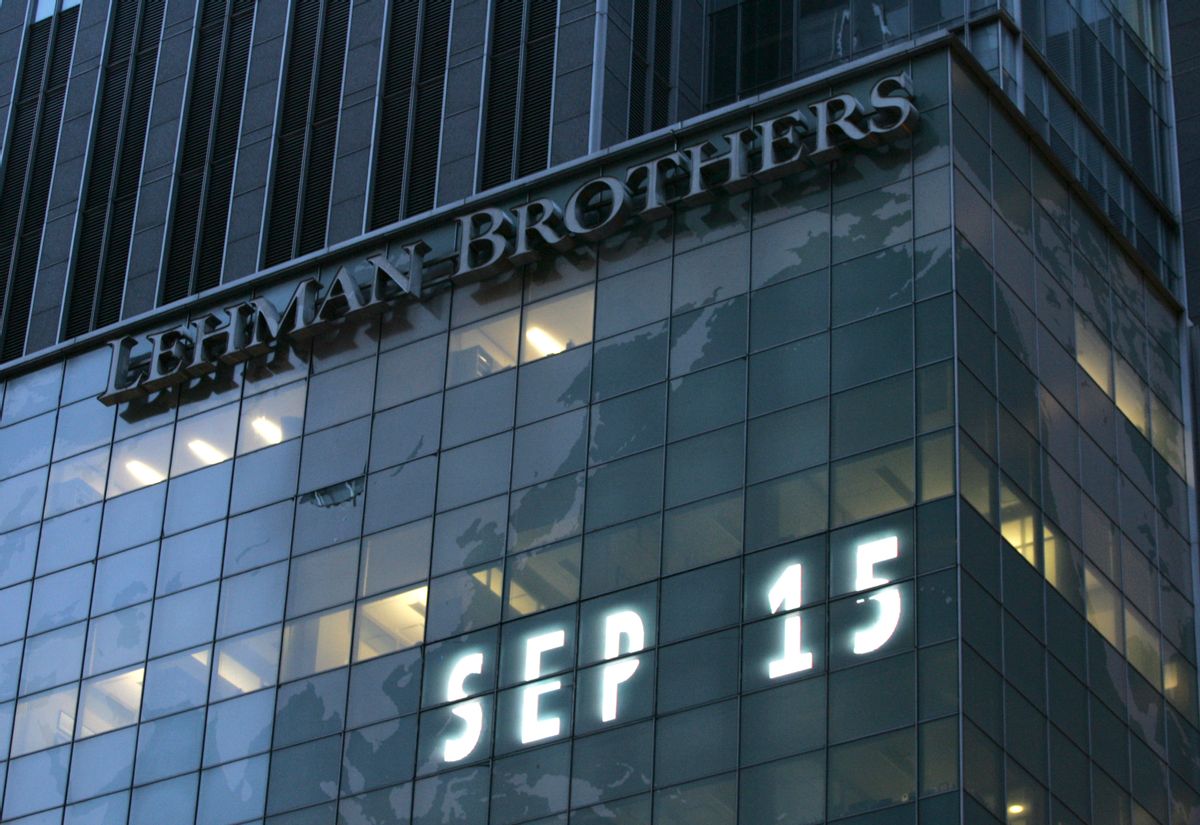 I can confess to having read only about 30 pages of Vol. 3 of the 2,200 page report released Thursday by examiner Anton Valukas investigating the causes of Lehman Brothers' bankruptcy. But if you are fan of forensic dissections of Wall Street accounting chicanery, it's good, riveting stuff. Valukas makes the irresistible case that Lehman executives willfully engaged in accounting fraud to cover up the true state of the investment bank's finances at a critical juncture.

The New York Times has a good synopsis here. The nut: In an effort to hide how badly its financial situation was deteriorating, Lehman moved billions of dollars of dodgy real estate-backed securities off its balance sheet via maneuvers known as "Repo 105" and "Repo 108" transactions that were clearly bogus.

...[T]he Examiner concludes that a fact finder could find that Lehman's failure to disclose its use of Repo 105 transactions to impact its balance sheet at a time when both the market and senior Lehman management were keenly focused on the reduction of Lehman's firm-wide net leverage and balance sheet, and particularly in light of the specific volumes at which Lehman undertook Repo 105 transactions at quarter-end in fourth quarter 2007, first quarter 2008, and second quarter 2008, materially misrepresented Lehman's true financial condition.

...The Examiner concludes that there is sufficient evidence to support a colorable claim that: (1) certain of Lehman's officers breached their fiduciary duties by exposing Lehman to potential liability for filing materially misleading periodic reports and (2) Ernst & Young, the firm's outside auditor, was professionally negligent in allowing those reports to go unchallenged. The Examiner concludes that colorable claims of breach of fiduciary duty exist against Richard Fuld, Chris O'Meara, Erin Callan, and Ian Lowitt, and that a colorable claim of professional malpractice exists against Ernst & Young.

The emphases are all mine. A "colorable claim" means, in this context, likely to be provable at trial. No question, these are fighting words, and they suggest that civil law suits against Lehman's execs are going to keep the likes of Lehman CEO Dick Fuld in court for a long, long time to come.

In the ex post facto analysis of the crisis, one commonly hears that the decision not to bailout Lehman was a mistake -- that by failing to come to the rescue of the bank, the government precipitated the next fearsome stage of financial sector disintegration. But when you put together the picture that has emerged through the course of numerous books and congressional hearings, and reports such as the one referenced here, it seems pretty clear that Lehman deserved to fail. Could the process have been managed better? Absolutely. But Lehman's woes were also largely of its own making.

I remember watching Dick Fuld appear before a Congressional hearing in October 2008. At one point, Fuld was asked flat out: Why was Lehman allowed to fail and AIG bailed out? In a moment of great drama, he furrowed his Olympian brow and said "until the day they put me in the ground, I will wonder.'

But it's not that complicated. Lots of people knew that Lehman was playing games with its numbers, even if they didn't know exactly <i>how.</i> What they didn't know was the chain reaction that Lehman's catastrophic failure would cause. And Dick Fuld, who was signing off on bogus quarterly statements, has no right to be aggrieved, not after pocketing hundreds of millions even as his company imploded -- much of which, we hope, will be squandered in an unsuccessful legal defense.

Barry Ritholtz was one of the Wall Street watchers calling bullshit on Lehman at exactly the time when the bank was cooking the books, and he was ridiculed by name for it on CNBC. Ritholtz seized upon the release of the new report as an opportunity to settle some old scores. The video is instructive if only to remind us how complicit the financial press was in the whole charade.