In defense of Rielle Hunter

She's been called a villain and a slut, but I think she's just naive 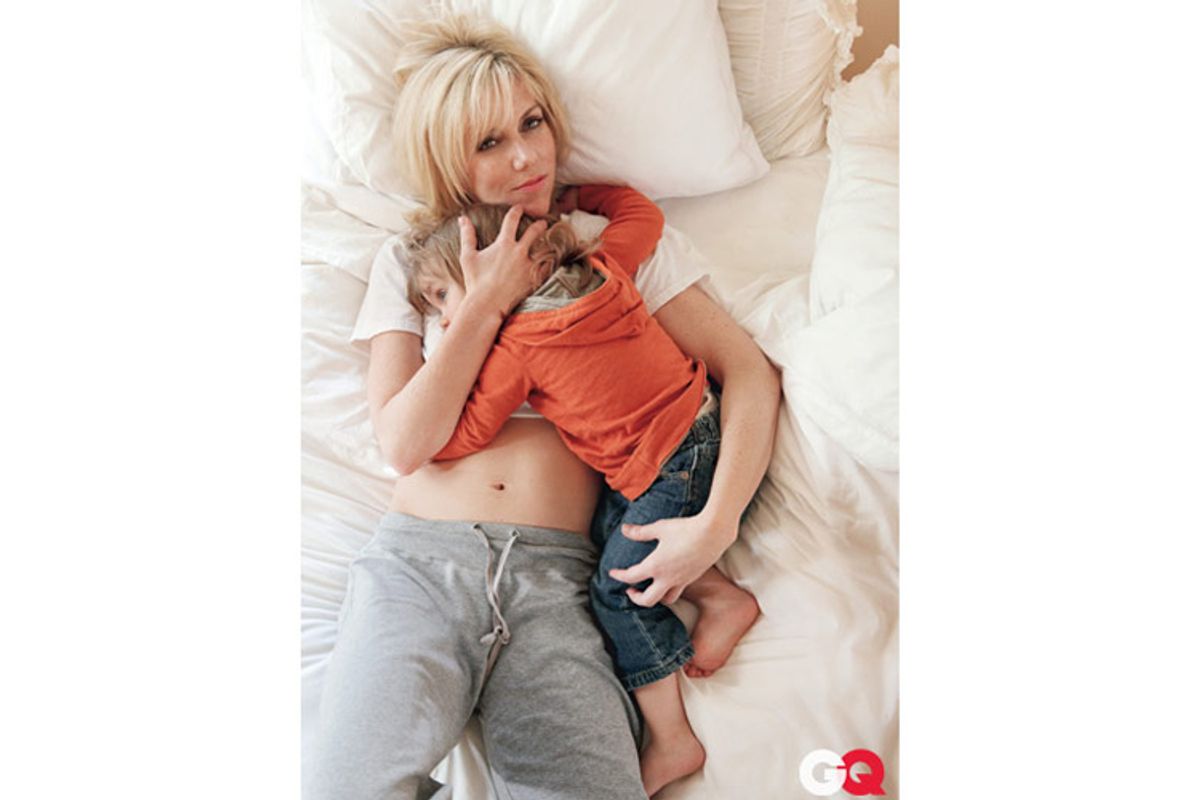 I have to admit, I'm captivated by the Rielle Hunter/John Edwards story. I have been for a while. I know it's wrong. I know it makes me some kind of leech or lecher or... loser? Something starting with an L. I just can't stop looking, and wondering.

And it gets worse. I feel bad for Rielle Hunter. I don't think she's a villain, a slut, an animal huntress who preyed on the slimy husband of a sick woman. I think she's dizzyingly naive and the ultimate product of the 90s New Age movement: someone who really thinks Being Is Free, that there's no cost higher than the cost of not being yourself. You put that woman anywhere near John Edwards, whose core belief seems to be that Being Is Whatever It Takes To Be President, and you're going to get not only fireworks but also first-degree burns.

Hunter sat down with a reporter from GQ for an interview, which the article purports is simply a transcript of Hunter's words. Yet, there's only a few pages in this transcript, though we're told early on that the reporter -- Lisa DePaulo -- spent the night with Hunter and her daughter, Frances Quinn. So yes, these are Hunter's words -- but they're her words filtered through a magazine and a reporter, and this is no ordinary reporter. Lisa DePaulo was originally hired to ghostwrite the tell-all memoir of Andrew Young, the man who pretended to be the father of Frances Quinn, back in the halcyon days when it still seemed like her real father might still be president, or at least politically significant.

So we have a reporter with a history (and a big incentive to get as many news-worthy quotable lines as she can) spending the night in a rented house with a woman that everyone thinks has an agenda: wreck John Edwards's home and get her hands on his money. Get famous in the process. Being may be free, after all, but living costs money.

Hunter comes off poorly in the interview, but not in the way you'd expect. She doesn't seem money-hungry or fame-hungry. She seems... fooled. She seems to be the only woman in the world who doesn't understand that John Edwards is capable of very bad things:

Why do you think he loves you?

Um… How do I answer that? [long pause] I mean, I could give so many answers. I could give a spiritual answer, that I reflect back to him large parts of himself that were unconscious. Like, he's a huge, huge humanitarian. He is very kindhearted and sweet. He's very honest and truthful. And all of that was hidden.

But the irony of what you're saying—right now, most people think he's the most untruthful person in America.

You know, it's so fascinating to me how people perceive things. Everyone talks about how Johnny has fallen from grace. In reality, he's fallen to grace. He is integrated. He is living a life of truth. He has grown in awareness and humility. He had all these things within him, but they weren't the guiding, leading principles of his life. Now they are.

"He is living a life of truth." Who says that, after a man has gone on national television and denied he fathered your child? His child? No amount of cynicism accounts for that. Only simple, hopeless naivete -- only terrible, misguided love.

Did you and Johnny ever talk about wedding plans?

No. To date [laughs], we have not spoken about any wedding plans.

If Rielle Hunter didn't exist, I'm sure we'd have to make her up, just to ensure that we had someone to blame for John Edwards's implosion and for our own blindness to his narcissism. If Rielle Hunter didn't exist, there would have most likely been some other woman -- even Hunter seems to allow for this, as she mentions there had been affairs before.

So why is Rielle Hunter the one we hate? Why is she the one getting attacked? Reading her interview, I can see how the much-ballyhooed pantless pictures came to be -- how hard would it be to talk a woman this naive into taking a few sexy shots? How hard would it be to talk a single mother of a two year old, who's been stuck in her own house because of paparazzi threats, who's seen herself vilified and mocked in every possible national news venue, who's come down to living in a one-bathroom rental house after months of traveling as part of a glamourous political entourage, into doing a glamourous Jennifer Aniston-type photo shoot? Don't worry, honey, we'll never publish them. Don't worry, honey, this sex tape will never get out.

Is Rielle Hunter really the naive woman who appears in GQ's pages? Or is she the cynical, media-savvy huntress that she's more often portrayed as? I'm not actually sure -- but I think the first is as plausible as the second, at least until she signs a book deal or shows up on "Oprah."