The NCAA tournament is for dreamers

Spare us all the talk about Duke and Kansas and Syracuse. Let's celebrate what really makes the NCAA tournament fun 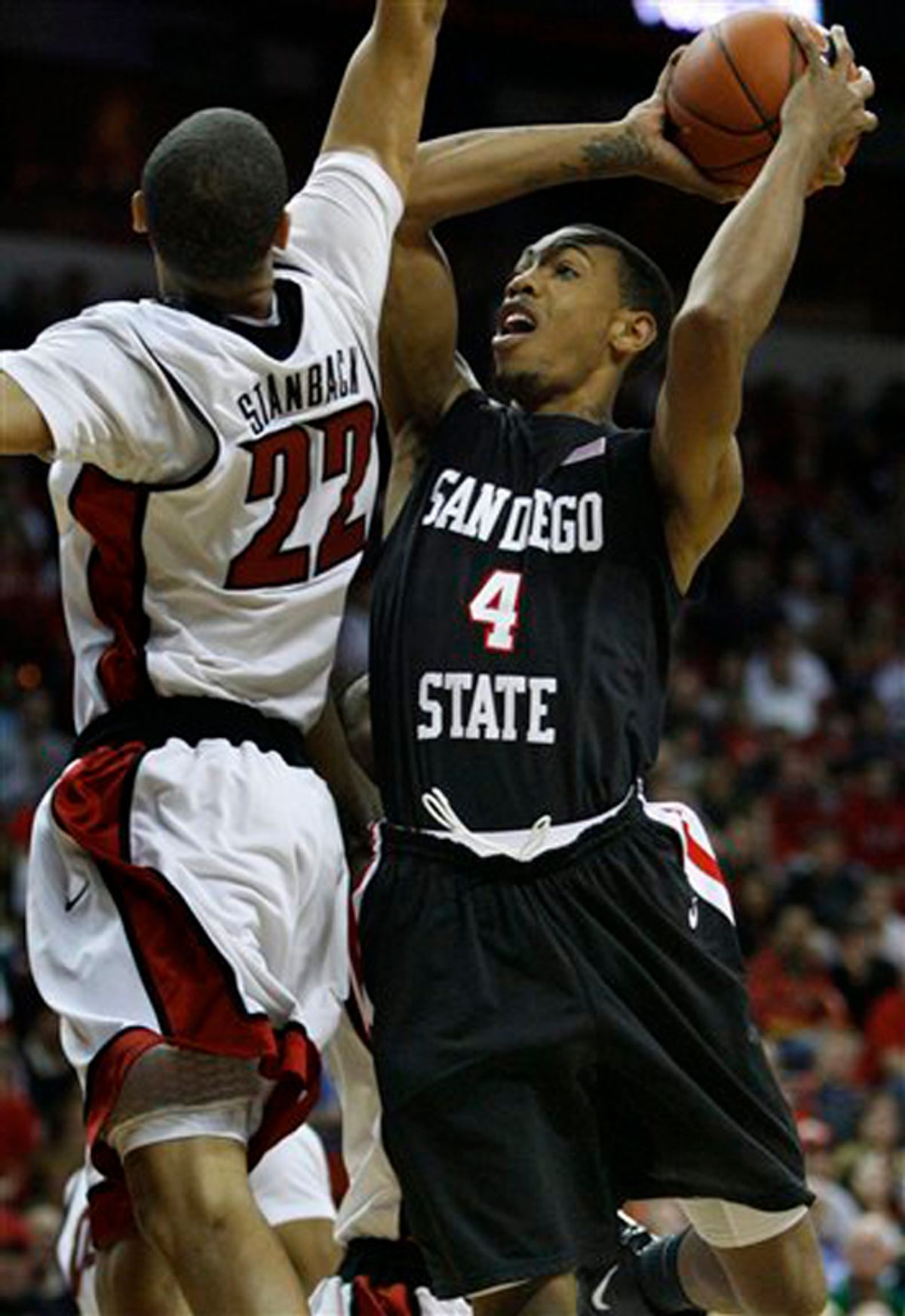 The NCAA basketball tournament, unlike every other major sporting event, has always been for dreamers.

Every single one of the 343 teams that play Division I hoops has the power to earn its way into the 65-team tournament field. And every single team that qualifies for the tournament has the power to earn the national championship by winning six straight games. (Or seven straight games, if you’re one of the two teams forced to compete in the “play-in” game – the one blemish on what is otherwise a perfect postseason event.)

This makes college basketball America’s most democratic sport, the only national stage where a real-life version of the movie “Hoosiers” is still possible. It doesn’t matter that, when the tournament concludes, a Goliath almost always ends up cutting down the nets -- North Carolina last year, Kansas in 2008, and so on. What counts is that the sport gives its many, many Davids a chance.

This empowerment of the little guy was on full display Sunday night, as the bracket for this year’s tournament -- which will tip-off on Thursday afternoon – was unveiled on CBS. Sure, plenty of airtime was devoted to the sport’s nobility. Kansas, Kentucky, Duke and Syracuse, a combined 14 NCAA titles among them, gobbled up the four top seeds, and there was much discussion of the other traditional powers that assumed their customary positions in the bracket.

But CBS also showed us the jubilant members of the East Tennessee State Buccaneers basketball team, jumping and screaming as it was announced that they’d play Kentucky in the first round on Thursday. The Bucs made the tournament by winning the little-known Atlantic Sun Conference, home to the Campbell Camels, Stetson Hatters and bunch of other teams you’ve never heard of.

Kentucky plays its regular season games before NBA-size crowds and with NBA-size television audiences watching. Around the country, Kentucky sweatshirts, t-shirts and jerseys outsell the gear for many NBA teams. ETSU, meanwhile, is lucky to draw 2,500 fans to its games. They never appear on TV. And God help you if you’ve ever spotted anyone wearing an ESTU hoodie more than 2 miles outside the school’s Johnson City campus.

Mismatches like this are simply impossible in professional sports. But in college basketball, East Tennessee State will open play on Thursday facing the exact same reality as Kentucky: Win and move one step closer to a national title. Lose and the season ends. No other sport allows a school like ETSU to dream like this. And sometimes -- not often, but enough to keep us dreamers dreaming -- the little guy actually does send one of the heavyweights to the canvass.

I’ll never forget when I became one of the dreamers -- 21 Marches ago, when my dad yanked me from school for the day and took me to nearby Providence, where four first round games were being held. The two afternoon tilts were snoozers, and in the break before the evening session, my dad gave me some bad news: The 9:30 game (between Notre Dame and Vanderbilt) was too late for me. We would have to leave after the 7:00 contest, between Georgetown and Princeton. Or we could leave on the spot.

I chose to leave. Georgetown-Princeton was the worst game on the schedule. The Hoyas were the top seed and a favorite to win the entire tournament. They were stacked with future NBA talent. Princeton, meanwhile, was seeded 16th, the lowest possible seed. I knew none of their players by name and had read on the way down that their odds of winning the tournament were two million to one. (“I’d put a dollar on them,” my dad told me.)

Somehow, my dad persuaded me to stay. And I’m thankful he did, because what followed remains -- by far -- the most unforgettable sporting event that I’ve ever witnessed.

At tip-off, the Providence Civic Center was as lively as a mausoleum. But Princeton slowed the game down and began picking apart the Hoya defense one backdoor cut at a time, building a lead that stretched to an unfathomable ten points early in the second half. By then, the building was rocking. Georgetown managed to claw back and the game ended with the referees refusing to whistle the Hoyas for a foul on Princeton’s last shot. Georgetown survived, 50-49.

I wanted to cry, and as we walked out to the parking lot, I saw a grown man who actually was crying. He probably hadn’t been a Princeton fan for more than an hour, but I don’t think his tears were for the Tigers as much as they were for the idea that the Tigers represented that night: that anything really is possible.

That Princeton-Georgetown game remains the closest that a No. 16 seed has ever come to knocking off a top seed. There’ve been a few more near-misses. Western Carolina almost took down an overrated Purdue team in 1995, and back in 2006 Albany somehow led mighty UConn by 11 in the second half before choking down the stretch. And last year, ETSU actually took Pittsburgh to the wire. But since seeding began in 1985, No.1 seeds are a perfect 100-0 in first round games.

But that’s why I love the tournament. As much as history says it can’t happen, every year four new teams get a chance to engineer the ultimate upset.

Some fans live for the NCAA tournament that produces an “all-chalk” Final Four -- with the four top seeds all making it to the final weekend. Not me. Sure, college basketball needs Duke and Kansas and North Carolina and all of the other blue bloods. But it needs ETSU and Vermont and Arkansas-Pine Bluff  and their no-name brethren, too. And every year around this time, I’m happy to adopt all of those no-name schools as my own -- and to dream along with them.