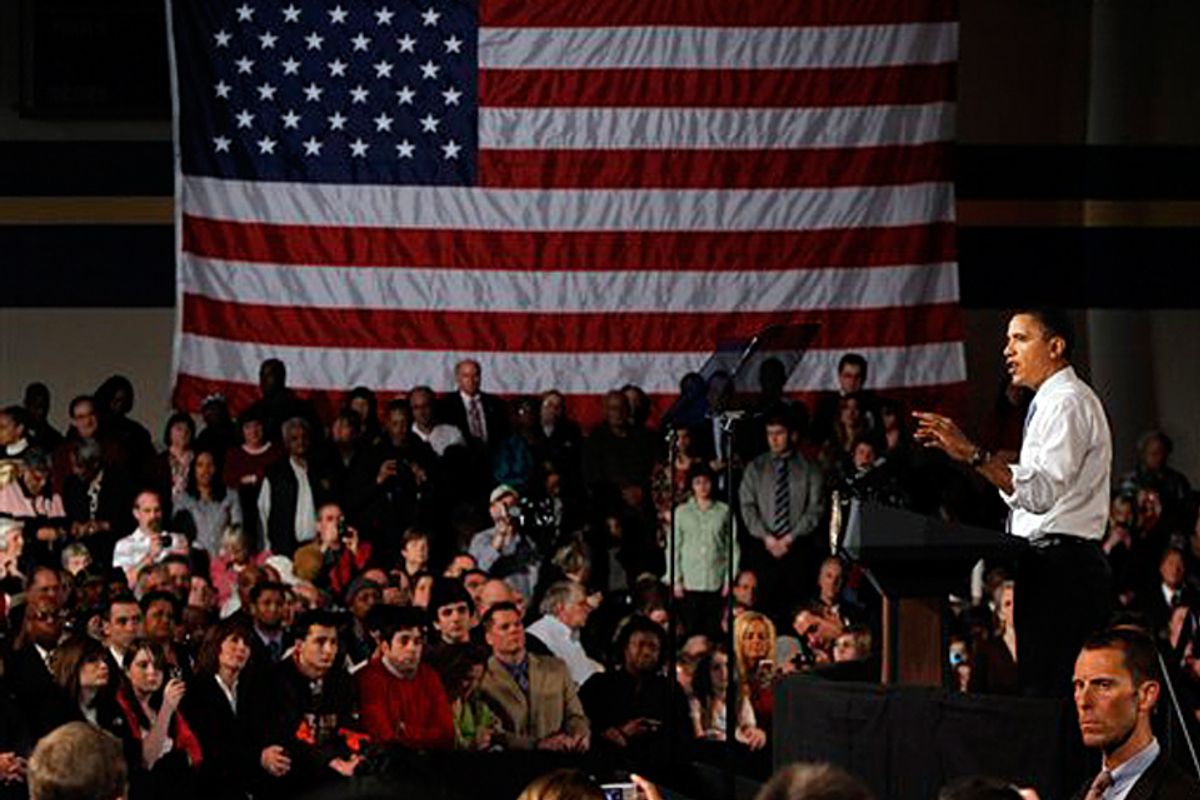 Rep. Dennis Kucinich, D-Ohio, hasn't made any secret of his plans to vote against Democrats' healthcare reform bill. Nor had he -- up until Monday -- given any impression that he would consider changing his mind on the issue, at least not without some major changes being made to the legislation.

During a trip to Ohio on Monday, however, President Obama made more than one play for Kucinich's vote. Afterward, the famously outspoken congressman wouldn't say whether his position will change as a result.

Obama put a full-court press on Kucinich; he brought the congressman along on Air Force One to Ohio, for a town hall held in the district he represents. And in the process of pushing Kucinich, he also had a little fun at his expense. When a man in the crowd, referencing the reform bill, shouted, "Vote yes!" Obama said, "Did you hear that, Dennis?" and had the audience member repeat himself.

When reporters asked whether Obama's efforts changed his mind, Kucinich would only give a "no comment." That's somewhat out of character for him, and so it's led to some speculation about whether he'll reconsider his vote.  It's unlikely that will happen, though -- he's staked out a pretty firm position on this. It seems more likely that he just wanted to refrain from hitting the president while on a trip with him.

That doesn't mean the White House will stop lobbying the congressman, though. There's more than one reason his vote would be useful. For one thing, obviously, they may not have the majority necessary to pass the bill in the House without him. Even if they do, a former colleague pointed out to me recently, a yes vote from Kucinich (who represents a solidly Democratic district) could allow a vulnerable Democrat to vote no, thereby protecting that member -- and the Democratic majority.