The Senate Banking Committee gets a week to digest the 1,336-page bill before marking it up. Good luck with that 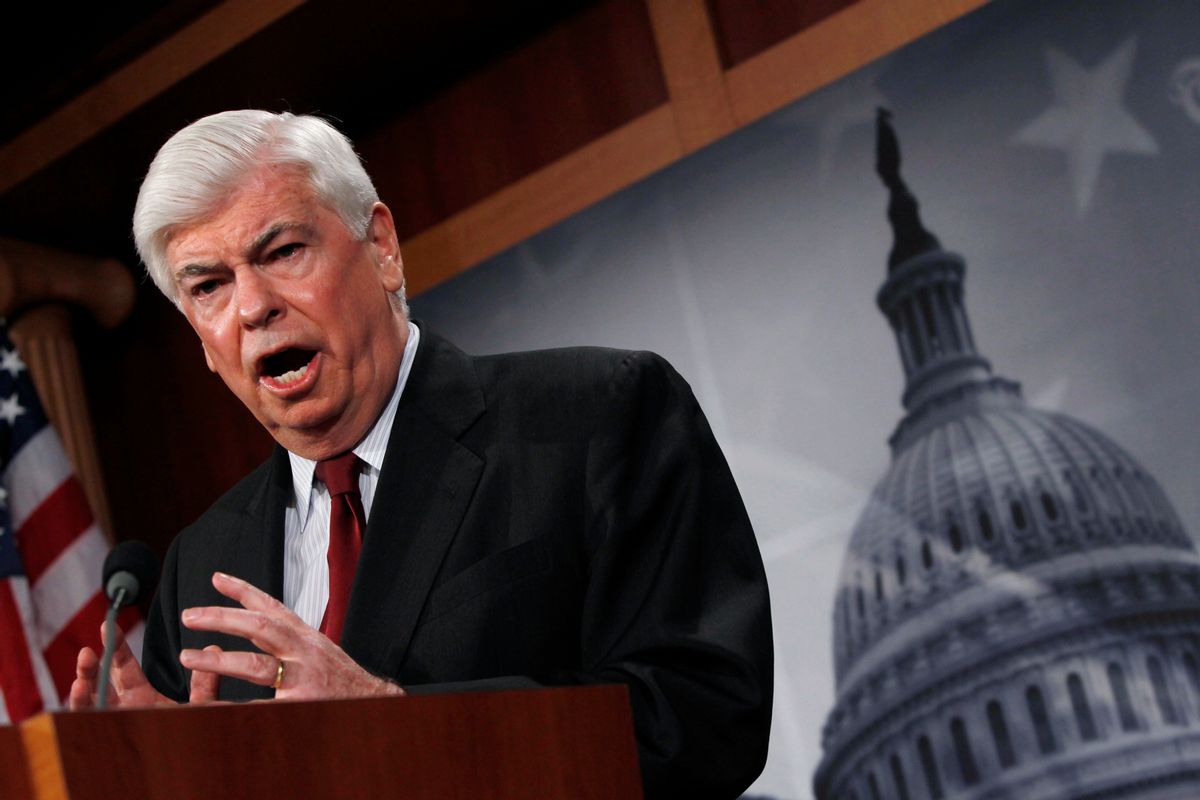 Sen. Chris Dodd, D-Conn., released his long-awaited draft of a new financial regulatory bank reform bill on Monday. It is 1,336 pages long, which means, unless you want to crib from the "factsheet" summary released by the Senate Banking Committee, that it will probably require another couple of hours before the regulation geeks can tell us exactly what is inside this monster. (The early word: The Fed will get more power.)

One section likely to be of great interest to both the banking industry and its critics starts on page 492 of the "Restoring American Financial Stability Act of 2010": Title VII, "Improvement to Regulation of Over-the-Counter Derivatives. "

I'm working my way through it, but I was caught up short right at the start. In Subtitle A: "Regulation of Swap Markets," Section 711: "Definitions," part (a): "Amendments to Definitions in the Commodity Exchange Act," sub-section (2), the Act provides a five part definition of what kinds of derivatives are considered "swaps." Part three is characterized by a certain mad financial poetry.

...[T] he term 'swap' means any agreement, contract, or transaction that --

(iii) provides on an executory basis for the exchange, on a fixed or contingent basis, of one or more payments based on the value or level of one or more interest or other rates, currencies, commodities, securities, instruments of indebtedness, indices, quantitative measures, or other financial or economic interests or property of any kind, or any interest therein or based on the value thereof, and that transfers, as between the parties to the transaction, in whole or in part, the financial risk associated with a future change in any such value or level without also conveying a current or future direct or indirect ownership interest in an asset (including any enterprise or investment pool) or liability that incorporates the financial risk so transferred, including any agreement, contract, or transaction commonly known as an interest rate swap, a rate floor, rate cap, rate collar, cross-currency rate swap, basis swap, currency swap, total return swap, equity index swap, equity swap, debt index swap, debt swap, credit spread, credit default swap, credit swap, weather swap, energy swap, metal swap, agricultural swap, emissions swap, or commodity swap.

Whew. I needed a long break just after reading that one sentence, and it was only one part of a definition. How long do you think it will be before the members of the Senate Banking Committee are all fully up to speed on the implications of every new rule in the entire Act?