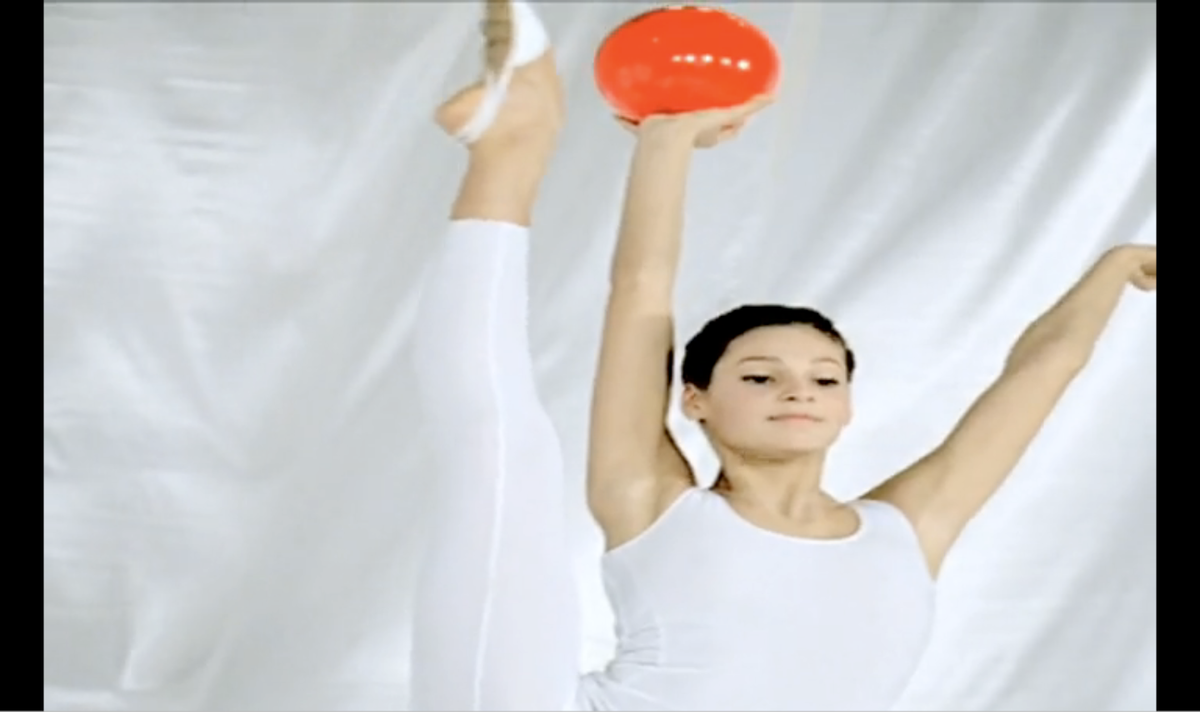 Periods are never half as much fun as the feminine protection ads make it seem. In all my years of menstruation, I have never ridden a horse on a beach or stripped down to my underpants to go swimming with my friends. And white pants? Are you kidding me? Do you know how much those jeans cost?

And when advertisers aren't trying to convince us how awesome that time of the month is, they're taking the opposite tack, pitting us in a veritable war with Mother Nature herself. So it's refreshing to read in Tuesday's New York Times that Kotex's hip new line, Kotex U, is taking a page from Domino's recent self-flagellating "turnaround" series and launching a series of ads aimed at poking fun of the dainty genre of smiling girls and blue liquids.

The first new spot, which makes its television debut next week, gamely features clips from previous sporty, gleeful Kotex ads, updated to include self-mocking commentary. "Why are tampon ads so ridiculous?" they ask. Look at us! We're SO LAME! But our panty liners rock, we swear!

Another spot, set to roll out in a few weeks, sounds like the Aunt Flo version of the Old Spice "I'm on a horse" campaign – a pretty girl looks at the camera and declares, "Now I’m going to tell you to buy something. Buy the same tampons I use. Because I’m wearing white pants, and I have good hair, and you wish you could be me."

The campaign, aimed at young women 14–21, claims to be "tellin' it like it is," and you know that's for reals because of the apostrophe. Though the whole effort may be effusive to the point of trying too hard, kudos for striking a blow for upfront conversation about, you know, down there. Kotex's Web site actually dares to use the words "vaginal care" and brazenly invites visitors to spoof those cartwheeling, fields of daisies frolicking ads of recently bygone days.

And mixed with the lighthearted encouragement to "own it," period-wise, Kotex is also admirably teaming with the Girls for a Change organization to help young women create social programs in their own communities, and inviting girls to talk openly to their parents -- including Dad -- about what's going on in their bodies. There's straightforward advice on how to insert a tampon, and commentary from women's health doctor Dr. Tomi-Ann Roberts, who lays it all out -- "Vaginas are what make us women. They're beautiful and a natural part of a female's body. Our vaginas need our respect, because that's how they'll get respect from the rest of the world. "

Kotex may be using all this empowerment to sell their bitchin' new pads in a cool black box, but if somewhere in the package they're also selling girls on the notion that their bodies and their functions are nothing to be ashamed of, nothing to be afraid of, and they're no damn field of daisies either, that's just fine. It might even be worth doing cartwheels over.