The healthcare endgame is bogged down in specious process arguments. What else is new? 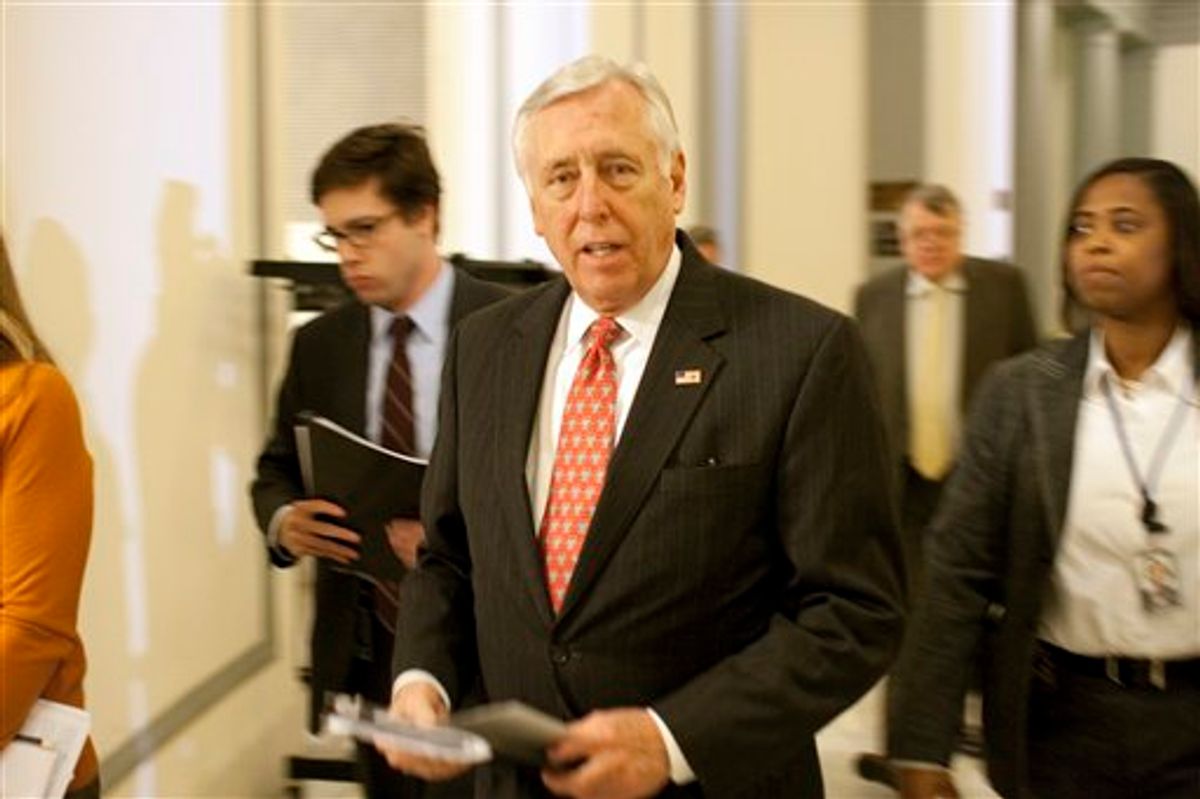 House Democrats say they're still trying to decide how they'll bring up healthcare reform for a final vote this week. But it's looking like they've finally decided not to fret about procedural arguments, and just go with whatever makes it easiest to get the bill done.

The tactic that's emerging as the preferred way to wrap up the debate has a name that's unfortunately apt, as Democrats try to herd themselves toward the finish line of a year-long healthcare project: a self-executing rule. It's a perfectly legal procedural gimmick designed to get around the fact that House Democrats loathe the healthcare bill passed by the Senate almost as much as they loathe the Senate itself. But the only way they'll get the bill finished is by passing the Senate's bill, larded up with special treats for people like Ben Nelson, because Republicans will block the Senate from taking the issue up again using normal rules. The House also needs to pass a separate budget reconciliation measure (which the Senate will have to pass, as well) to fix the problems in the Senate's bill.

What makes that plan attractive is it lets House Democrats pretend they're voting for the Senate bill with their preferred fixes included, even though in actuality, as soon as they deem the Senate bill passed, it would go to President Obama to sign into law; the reconciliation measure would still need to pass the Senate separately for its fixes to take effect. "What we want to do is pass the Senate bill as amended by reconciliation," House Majority Leader Steny Hoyer, D-Md., told reporters Tuesday.

Not surprisingly, Republicans are having a field day with the idea, running around telling anyone with a cable TV satellite feed that the "deem and pass" technique is just another sneaky way to pass a government takeover of healthcare by ignoring the will of the public (just like passing the fixes in the Senate using reconciliation, with a majority vote). It doesn't help Democrats that it was suggested by House Rules Committee chairwoman Louise Slaughter, D-N.Y., whose name just lends itself to GOP attacks. "The 'Slaughter Solution' is the ultimate in Washington power grabs, a legislative ploy that lets Democrats defy the will of the American people while attempting to eliminate any trace of actually doing so," House Minority Leader John Boehner, R-Ohio, said Tuesday, keeping up what's become a new Republican tradition of giving dopey nicknames to parts of the healthcare bill they don't like (the "Slaughter Solution," the "Cornhusker Kickback," the "Louisiana Purchase," etc.). Rep. Michele Bachmann, R-Minn., even suggested that the healthcare bill would be "illegitimate" if the technique was used. "This is dictatorial, what they are doing," she told a rally back home in Minnesota. "We are not compelled to follow a non-law just because Obama and [House Speaker Nancy] Pelosi tells us we have to... If they pass the bill legitimately, then yes, we have to follow the law -- until we repeal it. But if they pass it illegitimately, then the bill is illegitimate, and we don't have to lay down for this."

But the GOP has used self-executing rules more often than Democrats over the years. The Rules Committee has a background document up about the rules on its Web site already. Democrats pointed out a 2006 Roll Call story saying the GOP had self-executing rules on between 22 percent and 37 percent of the legislation passed when Republicans controlled the House. Democrats use the technique far less frequently. Once again, all the outrage is being ginned up completely selectively.

Officially, Democrats haven't even said they'd use the tactic. "This is the process -- strike that," Hoyer said. "We haven't decided on a process at this point in time." But it's pretty clear they're leaning that way -- and if they do, they don't think voters are going to care. "Other than the people in this room, do you think any American's going to make that distinction?" he asked reporters. "I don't think any American -- real American out there -- is going to make a distinction" between passing the rule and passing the legislation.

That's probably true; process arguments don't appear to be affecting how voters look at the healthcare issue one way or the other. But the longer Democrats spend talking about how they're going to pass the bill, the less time they spend doing what every single pollster is advising them to do: talk about what's actually in the bill. Which means the net result of all the "self-executing" talk is probably good for the GOP. Even if it won't stop the bill's progress in the end.