History shows the White House is likely to get its way in the end, despite all the anxiety this week 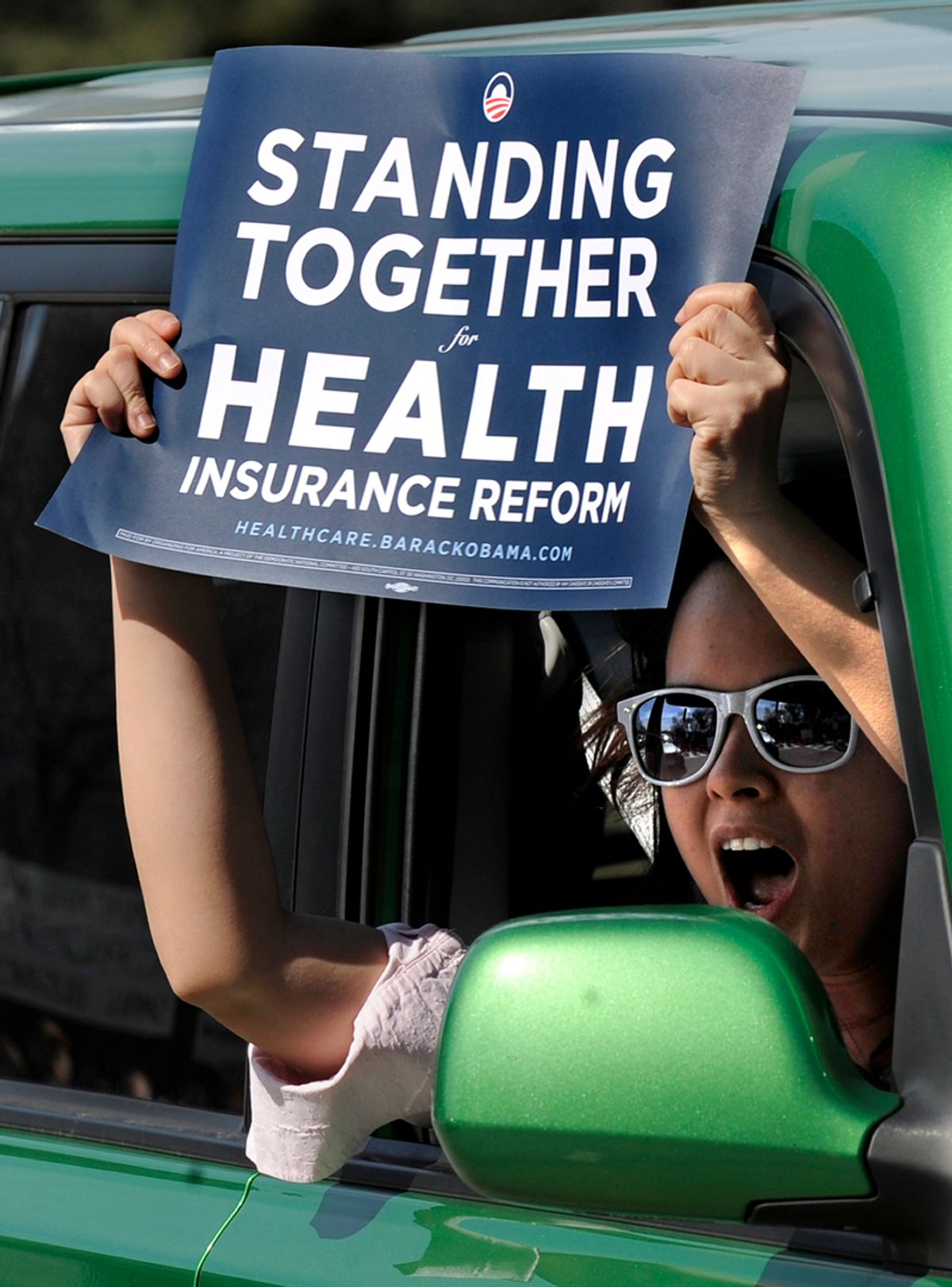 By mid-morning Wednesday, the world will know how Rep. Dennis Kucinich, D-Ohio, plans to vote on healthcare reform. With President Obama's chief domestic policy initiative in danger of going down to defeat for lack of Democratic support, Kucinich, one of two progressive lawmakers who voted against the House version of the legislation last fall because it was too conservative, has been the target of a very hard sell lately. His fellow Democrats want him to flip and vote for the bill, even though he says it gives too much money and power to private insurance companies without a public option included. And now he's scheduled a 10 a.m. Eastern press conference to declare what his intentions are.

Kucinich may well buck the pressure and hold fast to his "no" vote. But in the end, he's not likely to have much company if he does. Between now and Saturday, when the House is expected to finally vote on passing the legislation, every single wavering Democrat will get just as much attention from the media, the White House and the House leadership as he or she demands. And when push comes to shove, chances are the administration will get its way. Most of the agonizing in the days between is one part negotiating strategy and one part spotlight-grabbing. History shows, though, that no Democrat is likely to be willing to be the one who sinks Obama's bill.

Look back at 1993, which is shaping up to be a good parallel for this year. Bill Clinton's budget proposal was being pilloried by Republicans for raising taxes on the wealthy. Conservative Democrats, fearing for their political survival ahead of what would turn out to be a GOP wave election the following year, started deserting the White House. To dodge a Republican filibuster in the Senate, the reconciliation process was used. Every single GOP lawmaker was opposed to it, so if the bill was going to pass, it would have to be on the strength of Democratic votes only. At various moments, it looked like there was simply no way it would all hold together.

One of the Democrats who provided the winning margin, of course, was Rep. Marjorie Margolies-Mezvinsky of Pennsylvania, who lost her seat over the vote. The other one was Rep. Pat Williams of Montana. He was opposed to the budget act all along, because he didn't like a proposal to raise the gas tax. A member of the Democratic whip team, it was Williams' job to get his colleagues to vote for the bill, even if he didn't support it. "Clinton called me one last time," Williams told Salon recently. "I told him he was going to win it by eight votes. The president -- who I learned that day could count better than all the whips put together -- said, 'No, I'm going to win it by no more than two, and probably one vote.' I said to him -- knowing he was wrong -- 'Well, Mr. President, I won't be that one vote [against the bill]. If it comes down to me, I don't want to sink the federal budget; I'll vote with you in that instance.'"

That's the sort of thing that tends to happen on big votes. "There's a certain moment in revivals when you just get the spirit and you move towards the altar," then-Rep. Bob Wise, D-W.Va., said in 1993, explaining his decision to vote for the bill in the end. There's a lot of hemming and hawing, but eventually, lawmakers can't quite bring themselves to be the deciding vote against their own party's president. Look back at the June 2003 House vote to set up a prescription drug benefit in Medicare, when House Republicans pressured three GOP members to switch their positions in the middle of the night to allow George W. Bush's proposal to pass by one vote.

"You know what's going on," House Majority Leader Steny Hoyer, D-Md., said Tuesday. "The votes are close, people are concerned; [it's] controversial. Every member of our caucus wants to vote for health reform ... That does not mean by any stretch of the imagination that every one of them will ... [but] our expectation is when we bring this bill to the floor, we will have the votes for it."

The few dozen Democrats whose votes are in play have maximum leverage now; the House leadership, which doesn't often take kindly to demands from members when legislation is moving smoothly, has little choice but to listen to them now. So people like Rep. Marcy Kaptur, D-Ohio, has been getting plenty of calls from Obama administration officials and House leaders as she weighs her options. "They shouldn't waste their time with burdening members' offices with a crescendo of phone calls," she told reporters Tuesday evening. "What we need to do is work on the ... language."

But the fact that everyone still expects a vote by the weekend is almost surely a sign that the support Democrats need will be there in the end. "If a bill can't pass, the White House usually won't get behind it," Rep. Bobby Scott, D-Va., told Salon Tuesday. "This is important not for what it does to the White House -- I mean, everybody's talking about the politics of this. We got 30 million people whose insurance is riding on this."

The game going on now will let a handful of conservative Democrats look tough for being willing to stand up to Obama, and some of them -- if leadership winds up having a few spare votes to play with -- will actually get to oppose the bill. (The ones who wind up supporting it will probably wish they got on board long ago; there's little political benefit in waffling for so long before taking an unpopular vote.) But House leaders don't really seem to doubt they'll prevail in the end.

"We'll be ready when it is time to go to the floor," House Speaker Nancy Pelosi told reporters Tuesday afternoon. "We will do what is necessary to pass a healthcare bill to improve quality, lower cost, and make America healthier."

Pelosi could still wind up being wrong. But don't bet on it.