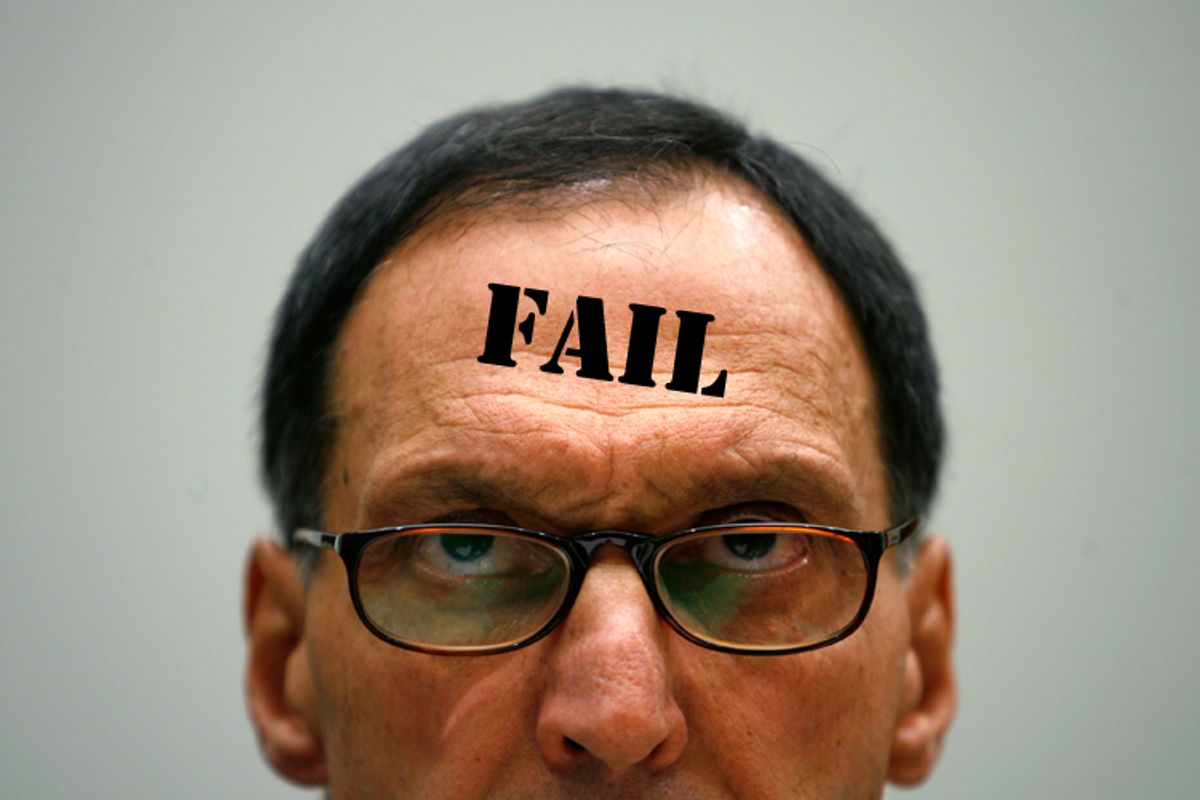 Dick Fuld, the Lehman Brothers CEO who presided over the most horrific business failure in Wall Street history, flaunts a reality distortion field second to none. According to Mark DeCambre in the New York Post, Fuld is "feeling vindicated" by the nine-volume report detailing Lehman's many failures released last week by bank examiner Anton Valukas.

Fuld privately believes that the report by examiner Anton Valukas provides proof that he did nothing illegal as he steered Lehman through a financial mess that ultimately led the firm to file the largest bankruptcy in US history, according to sources familiar with the matter.

Never mind that Valukas determined that "colorable claims of breach of fiduciary duty exist against Richard Fuld" and that the company's management was, at the least, "grossly negligent." Fuld apparently feels that if the "Repo 105" accounting manipulations that shuffled billions of dollars off the books are the worst sin that Valukas can lay at his doorstep, then he's in the clear.

"Dick Fuld is going to be bankrupted and he's going to spend the rest of his life in court fighting legal battles," observes Dick Bove of Rochedale Securities in a phone call this afternoon. Bove, who said he's having the nine volumes of the examiner's report printed and bound, added, "There maybe others forced to do the same."

However, in the Guardian, Andrew Clark talks to a former SEC enforcement officer who observes that "grossly negligent" doesn't necessarily equate to criminal behavior.

But that's almost beside the point. Taken together, all the investigations of Lehman's demise, whether by bank examiners or reporters or former executives, paint a picture of a company out of control in the worst way. Lehman's failure has many roots, but there's no way the guy at the top can escape a significant heaping of blame. Dick Fuld will never be vindicated.

UPDATE: Felix Salmon has much more.