The impeccable bipartisan pedigree of "deem and pass"

Pelosi's plan outrages Republicans, but they used "deem and pass" well over a hundred times 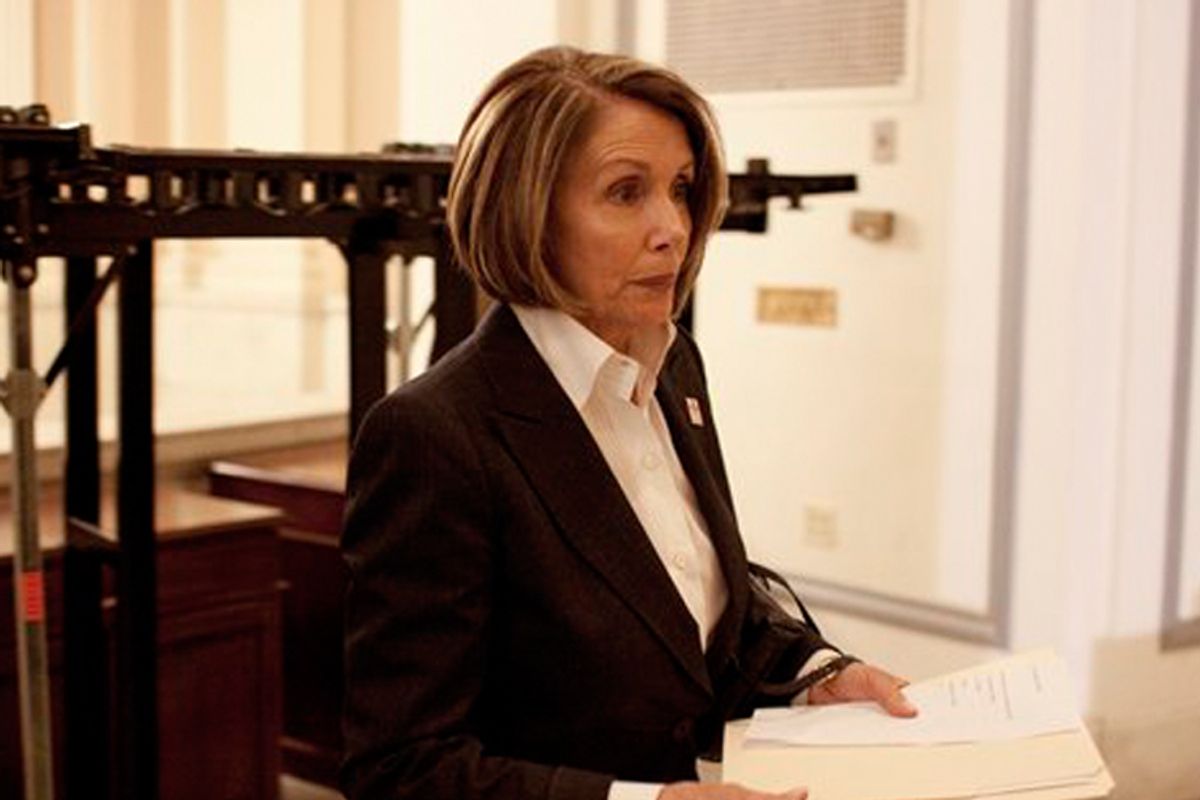 When congressional Republicans predict ominously that Democratic deployment of a self-executing rule (or "deem-and-pass") will encourage them to engage in similar behavior someday, they forget to mention how many times they’ve already done it.

For the sake of anyone troubled by the ranting over this trivial matter, the historical record is indisputable. During the years when the Republicans controlled the House, they set records for the use of such "rarely used" maneuvers. Although their bogus sanctimony should no longer surprise anyone, the utter fraudulence of these latest outbursts has been held up to deserved ridicule by impeccably nonpartisan and even conservative sources. On the American Enterprise Institute blog, for instance, congressional expert Norm Ornstein  writes:

Any veteran observer of Congress is used to the rampant hypocrisy over the use of parliamentary procedures that shifts totally from one side to the other as a majority moves to minority status, and vice versa. But I can’t recall a level of feigned indignation nearly as great as what we are seeing now from congressional Republicans and their acolytes at the Wall Street Journal, and on blogs, talk radio, and cable news. It reached a ridiculous level of misinformation and disinformation over the use of reconciliation, and now threatens to top that level over the projected use of a self-executing rule by House Speaker Nancy Pelosi. In the last Congress that Republicans controlled, from 2005 to 2006, Rules Committee Chairman David Dreier used the self-executing rule more than 35 times, and was no stranger to the concept of "deem and pass."

That strategy, then decried by the House Democrats who are now using it, and now being called unconstitutional by WSJ editorialists, was defended by House Republicans in court (and upheld). Dreier used it for a $40 billion deficit reduction package so that his fellow GOPers could avoid an embarrassing vote on immigration.

To be fair, Ornstein prefers the "regular order" and thus won’t endorse the use of a self-executing rule by the Democrats to pass health care reform. "But even so," he asks, "is there no shame anymore?"

For those who wish we could all just get along, the use of the self-executing rule is among the few things that can be honestly called "bipartisan." So says Donald Wolfensberger, who served on the Republican staff of the House Rules Committee for nearly two decades and as its chief of staff during the 104th Congress, after Newt Gingrich became speaker, in a brief but detailed column that he wrote for Roll Call.

He also posted that  essay on the Web site of the Woodrow Wilson Center, where he runs the Congress Project:

Wolfensberger was inspired by a 2006 episode when the Republican majority -- in order to secure their own loophole-ridden, watered-down version of ethics and lobbying reform -- used not just one but three self-executing rules on a single bill.

Those convoluted moves were necessary to remove previously approved provisions that would have mandated disclosure of lobbyists’ contacts with members and staff, and lobbyists’ solicitation and transmission of campaign contributions to candidates, as well as a third amendment ordering the Government Accountability Office to study lobbyist employment contracts.

Four years ago is not ancient history. The same Republican leaders now roaring furiously about the self-executing rule were in the GOP leadership that used it so vigorously when they held power, including, of course, John Boehner. If we add up Wolfensberger’s numbers, Boehner’s team used the self-executing rule -- which he now denounces as a "twisted scheme" -- well over 100 times.