His band never sold millions, but his musical influence is too big to be measured 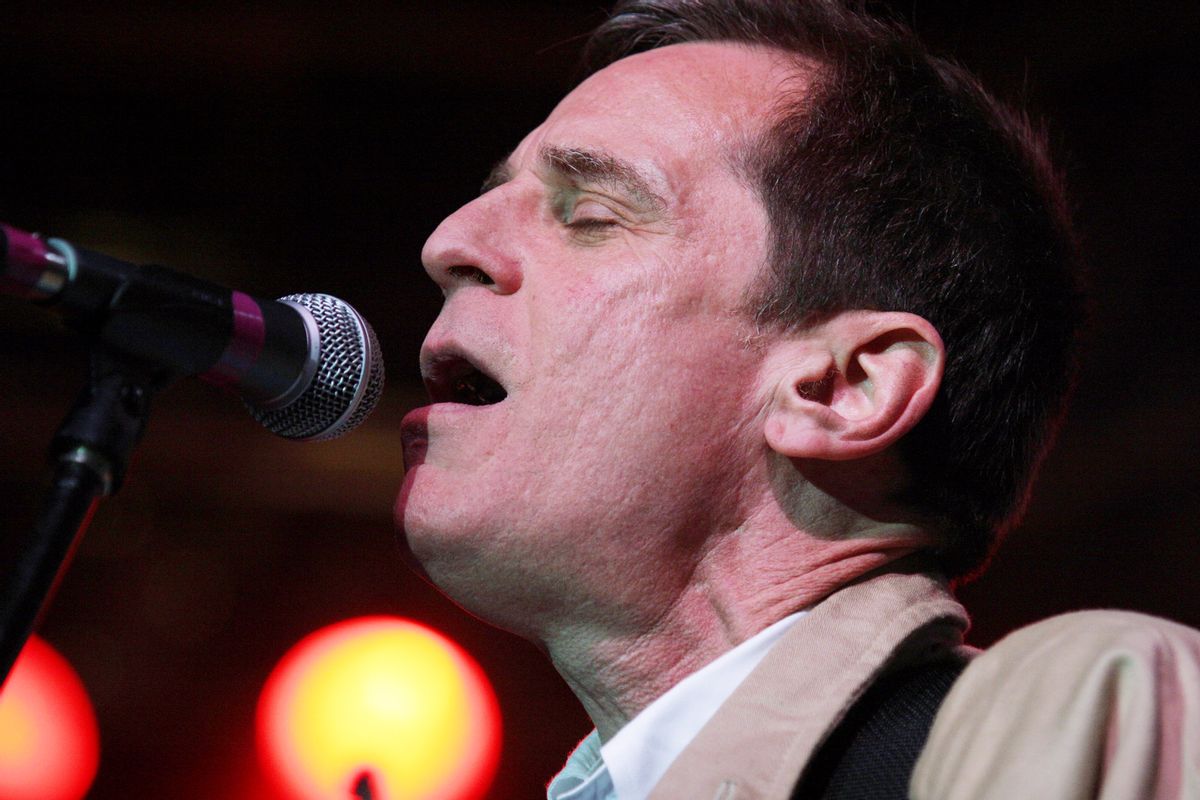 Interviewer: What would you like written on your grave?

Alex Chilton: "A Self-Made Man" sounds best to me.

Big Star made three great records during their four-year lifespan in the early 1970s: "#1 Record" (Memphis kids capturing the lightning of their English idols), "Radio City" (perhaps the greatest power pop album recorded outside the walls of Abbey Road Studios) and "Third," aka "Sister Lovers" (a dark, turbulent, mysterious masterpiece). Big Star went three for three out of the gate like no other band in history -- each one a record that has worn out the repeat button on countless stereos -- and then vanished before they were barely even known. At the center of their recorded legacy is Alex Chilton, whose heart unexpectedly stopped beating on Wednesday night. But thanks to the music of Big Star and the thousands of artists that Big Star influenced -- R.E.M., The Replacements (whose song "Alex Chilton" stands out among tributes), Jeff Buckley, the Bangles, Teenage Fan Club, Matthew Sweet and Primal Scream among them -- his heart will never stop being heard.

The band's records sold in the mere thousands upon initial release (lacking any initial interest, "Third" wasn't released until years after the band broke up). But Big Star was a band whose influence far outpaced their album sales; nearly every single slab of vinyl found its way into the hands of a listener to whom Big Star became more than just a band – they became a consuming passion you felt compelled to share with the rest of the world. Like most Big Star fans, I discovered the band after its dissolution. Within hours after fishing a copy of "Radio City" out of a bargain bin in 1976, I was hooked. (I eventually called Alex Chilton at his home in Memphis three years later and asked him to play some gigs with my band backing him up -- which, amazingly, he did. We remained friends.) "Radio City" sounded like no other to me – as if all of the best music of the '60s had been sent into the future, transformed into something both fresh and yet familiar. Even on first listen, Big Star sounded like pure magic.

Like all great artists, Big Star didn't map out that sound – they trusted their instincts. Alex Chilton was quick to dismiss the band's lyrics as afterthoughts, often written by committee, he claimed. But it was precisely because Big Star didn't overanalyze what they were trying to say that their work still connects with new generations of listeners. Their lyrics stayed close to home, never overreached. What they were doing? Hanging out in the street. What were they thinking? You get what you deserve. Feeling? Why don't you come back? Combined, the three albums capture the painful slide from the energy and optimism of 18 to the wounded uncertainty of your early 20s. If you want to know how it feels to watch your life come unglued – just play the Big Star albums in chronological order.

Being a Big Star devotee in the secret society days was a lightheaded rush like an adolescent romance – a feeling, by the way, Chilton captured perfectly on "#1 Record" with "Thirteen." What made your relationship with the band a bit more complicated was that there wasn't anyone on the other side of the footlights who wanted to share that devotion. After founder Chris Bell left the band in 1972 (he died in a 1978 car accident), Big Star became virtually synonomous with Chilton, the former teen singer for the Box Tops who stayed on with Big Star to pilot the group through its last two records, increasingly pushing the sound and song forms until Bell's Anglophile vision was all but a speck in the rearview mirror.

By the time the band's cult gained significant traction in the late -70s – with a new band popping up every week wearing Big Star badges on their sleeves – Chilton was deep into personal chaos and exploring the anarchy of pure, raw rock 'n' roll. Fans earnestly expecting – even demanding – faithful renditions of iconic power pop were served up messy, unrehearsed covers of obscure rockabilly tunes. After a notoriously disastrous tour in 1981, Chilton disappeared into an anonymous life as a laborer in New Orleans. When he returned to performing a few years later, with a repertoire that included everything from New Orleans swamp rock to "Goldfinger," he was sharp, sober and confident in his chosen musical direction, approaching his work with the understated professionalism of a lifelong jazz musician. Eventually fans came to understand what Chilton had been trying to get across: "Big Star was one thing … I was another," he explained to me. Finally, he reciprocated all the adulation by reconstituting Big Star in 1993, performing a few dates each year and recording another album in 2005 (they were to perform this Saturday at the SXSW Festival in Austin). In recent years Big Star have reached new audiences via television (the theme song for "That '70s Show") and movie soundtracks ("Adventureland"). A Big Star song or reference carried with it a certain level of hipster cred. The 2009 release of "Keep an Eye on the Sky" – a four-disc career retrospective – cemented the band's iconic status.

Alex Chilton wasn't a completely self-made man – talented bandmates and mentors like the late producer Jim Dickinson and Ardent Records founder John Fry are integral to his legacy – but it was his commitment to music that rang true at the moment of creation that earned the love and respect of legions of listeners. No one else could have steadfastly honored that commitment like him. And so Chilton did leave us as he envisioned: "A Self-Made Man," indeed.

Bruce Eaton is the author of "Radio City," an in-depth look at Big Star's second album and part of Continuum's acclaimed 33 1/3 series. A writer and jazz concert producer, he lives near Buffalo, N.Y.