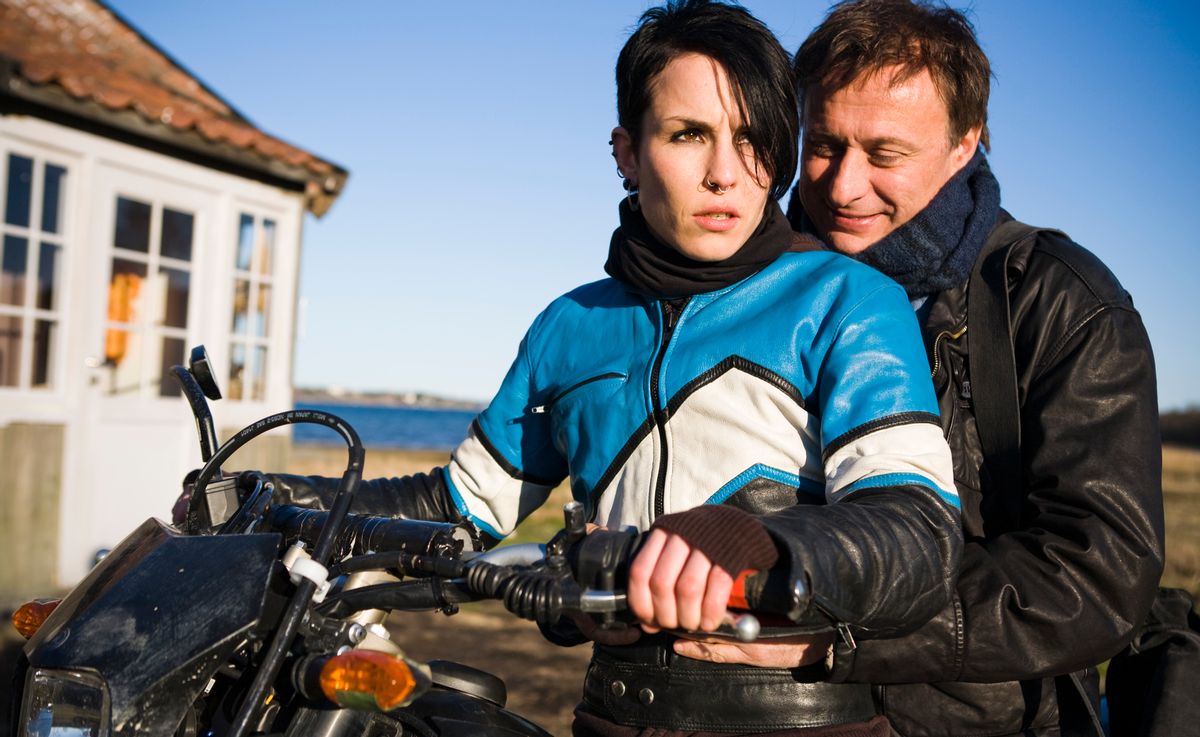 I suppose the original title of the late Swedish journalist Stieg Larsson's international bestseller, and of the new film adaptation from Danish director Niels Arden Oplev, lacks both the mysterious panache and the commercial potential of the better-known English title, "The Girl With the Dragon Tattoo." In Swedish, both the book and movie are called "Men Who Hate Women" -- a dramatic shift in focus that goes straight at the central conundrum of this international publishing (and now cinematic) phenomenon.

I should say up front that I haven't read Larsson's novel, which by some critical standards might disqualify me from reviewing the movie. On the other hand, that's likely to be the position of most viewers; even when you're talking about a foreign-language movie and a bestseller in translation, the audience for movies is many times larger than the readership for books. And to drag out the hoariest cliché regarding novel-into-film adaptations, the movie's always got to stand on its own feet. (For what it's worth, my colleague Laura Miller likes Oplev's movie better than the book. "It's an extremely faithful adaptation that focuses on the central story and characters and loses a lot of extraneous material," she tells me.)

What I see in Oplev's film of "Girl With the Dragon Tattoo," made from a screenplay by Rasmus Heisterberg and Nikolaj Arcel, is a curious and intermittently compelling hybrid of styles and ingredients. At times it feels like a slick Euro-thriller with a sexy, stylish heroine, somewhat in the mode of French director Luc Besson ("La Femme Nikita"), and indeed it was the highest-grossing European release of 2009. It's also a serial-killer procedural and a moody neo-noir, whose atmosphere, pacing and photography sometimes suggest the Scandinavian art-film tradition. (At a daunting 152 minutes, "Girl With the Dragon Tattoo" is longer than all but two of Ingmar Bergman's films.)

But let's get back to those competing titles, which suggest some other ways that this story is internally conflicted. Much of the allure of "Girl With the Dragon Tattoo" stems from its air of double or even multiple mystery. There are the plot questions: What happened to Harriet Vanger, beloved niece of one of Sweden's most powerful men, who vanished off a secluded island 40 years ago? Is the Vanger clan's Nazi-collaborator past somehow linked to a gruesome series of mutilated and murdered women? Then there's the question of who this story's real hero is: Disgraced journalist Mikael Blomkvist (Michael Nyqvist), a classic hardboiled noir protagonist if ever I've seen one, or bisexual bombshell Lisbeth Salander (Noomi Rapace), the computer hacker with a black leather jacket and a Flock of Seagulls haircut who becomes his stalker, sidekick and lover.

Again, I haven't read the book, but Oplev's film struggles to have it both ways, with a diabolical cleverness verging on schizophrenia. It's a tale of girl-power vengeance and female sexual autonomy, and it's a story about a rakish middle-aged dude who nails the hottest chick in the world. It's a story about "men who hate women" that revels in the most ghastly details of their most terrible crimes, and then pays them back in violent catharsis. None of this is new for the thriller genre, to be sure, which revels in the worst things human beings can do to each other, while officially moralizing about them. (Much the same could be said about Greek tragedy or "King Lear," of course.)

Oplev gets maximum results from his tremendous cast, and while the script supplies little background on either of his main characters -- who may be drawn together by the way they've internalized old wounds -- Nyqvist and Rapace make them seem closer to real people than archetypes. Awaiting a prison term for writing a libelous article about a leading industrialist -- yes, that's a criminal offense in much of the world -- Mikael is a handsome, world-weary loner of 40 or so. He's drawn in by aging Henrik Vanger's (Sven-Bertil Taube) mournful quest for the truth about his long-lost niece partly by the yearning for a payday and partly because he has nothing to lose, and nothing anchoring him to daily life.

But as Mikael begins to track the long-missing Harriet Vanger, he gradually becomes aware that someone else is tracking him. On probation for a mysterious crime deep in the past (to be revealed in due course), Lisbeth is initially hired by Vanger's lawyer to dig dirt on Mikael, and then is herself lured in by his investigations. She believes he was set up in the libel case, and while tracking the files and e-mails on his computer, she notices a disturbing pattern behind the Vanger case that Mikael hasn't detected.

Meanwhile, Lisbeth has her own men-who-hate-women problem: A leering probation officer (Peter Andersson) who first demands blow jobs in exchange for favorable reports, and rapidly escalates to violent sexual abuse. Throughout the film, Oplev tries to walk a fine line, depicting sexual violence -- and Lisbeth's equally violent retribution -- with a shocking frankness while striving to stay just this side of outright exploitation. I can totally understand Lisbeth's appeal for many female readers and viewers; she's a post-punk update of the "I Spit on Your Grave" rape-revenge fantasy, a merciless dark angel of 21st-century kick-ass feminism.

Rapace, a brooding beauty who won a Swedish Oscar for this performance -- and also appears in two more forthcoming installments of this series -- invests Lisbeth with a powerful, wounded dignity; she's much more than a Lara Croft-style cartoon. But there's no point denying that Lisbeth, as we see her here, is also a male fantasy, albeit one inflected with a contemporary brand of p.c. sexual ideology. When Mikael finds out she's been stalking him and bursts into Lisbeth's Stockholm apartment, he finds her in bed with another woman. But said Sapphic companion soon vanishes, and shortly thereafter Lisbeth is shacking up with Mikael on the Vangers' remote island -- platonically, at least until the night when she gets naked and climbs on top of him.

On one hand, there's nothing to complain about here: Sure, Mikael's a lot older, but he's plenty attractive, and Lisbeth's an adult who gets to make her own decisions. Wasn't the point of feminism, after all, that a gal gets to pick her own partners for her own reasons? Lisbeth initiates the relationship, and although Mikael clearly falls hard for her, he's smart enough to grasp that any claims of proprietorship will drive her away fast. As a portrait of a relationship between two individuals, "Girl With the Dragon Tattoo" is plenty cool. But I can't help feeling that in so many ways this movie is also an ingenious dodge, a device for getting its boomer hero into bed with a hot young quasi-lesbo biker babe while exclaiming, "Feminism yay! Sexual violence boo!"

However you respond to it, the fraught sexual and investigative chemistry between Mikael and Lisbeth is the most powerful ingredient of "Girl With the Dragon Tattoo." The movie's second half is a capably executed but mostly by-the-numbers procedural, as the duo unlocks the Vanger family's murderous Nazi-related secrets. Cinematographer Eric Kress captures the severe Scandinavian countryside with a dreamlike clarity, and blends various textures -- computer images, flashbacks, vintage black-and-white photography -- into a compelling weave. I suppose the inevitable American studio version (apparently being scripted by Steven Zaillian for Sony as we speak) will transpose these elements to the Pacific Northwest or coastal Maine, along with -- who, exactly? George Clooney as the journalist? Jessica Alba as the wounded avenger? But capturing the atmospheric loneliness of Oplev's film will be tougher.

"The Girl With the Dragon Tattoo" opens March 19 in New York and Los Angeles, with wider national release to follow.