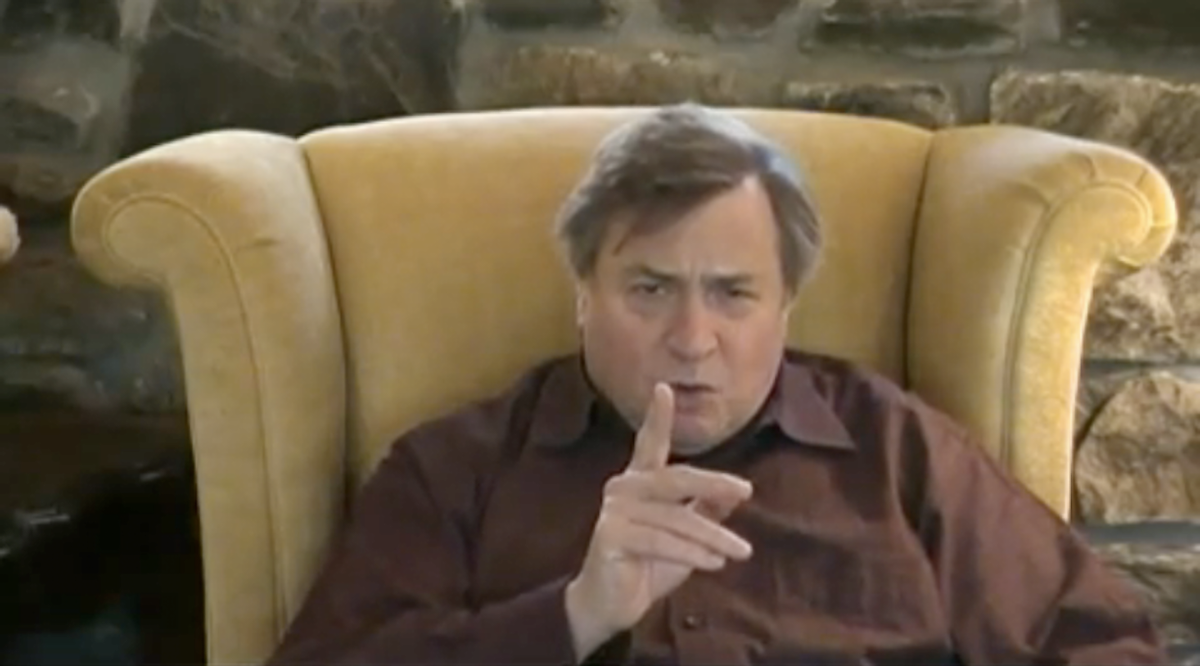 Of all the many media prophets of gloom and Democratic doom, nobody can quite match the fury of Dick Morris, Fox News star, Newsmax guru and chief political strategist for a shady outfit called the League of American Voters. Just today I received an "urgent message" from him, touting the dire consequences to ensue from passage of healthcare reform -- including an electoral massacre of the Democrats come November.

Such hysterics must be expected from every carnival barker in Fox Nation, especially a featured player like Morris – and the shrill rhetoric surely helps to separate the rubes from their money, in this case through donations to the League of American Voters, sponsor of this morning’s e-mail and many more from him.

Scamming aside, however, a prediction is a prediction, and Democratic legislators preparing to vote yea on reform should be comforted whenever Morris prognosticates their demise, because he is dead wrong with almost perfect consistency.

Only two months ago, following the election of Scott Brown in the Massachusetts Senate special election, the excitable Morris looked into his crystal ball and  told Fox listeners that he had seen the effective end of Obama’s presidency. "Let’s just stop for a second and understand the magnitude of the earthquake that hit Massachusetts ... ultimately, this is the end of the Obama ascendancy, he will never get another major piece of legislation passed," he pronounced. (Which must mean that the healthcare bill is almost certain to pass next weekend.)

During the 2008 election cycle, Morris offered many forecasts, none of which were right. Early on he picked Hillary Clinton and Rudolph Giuliani as almost certain nominees of their respective parties and trashed John McCain as a sure loser. In January 2007, he told an audience of conservative journalists: "I think what's going to happen in the world is that Hillary's going to be the next president." Not too long after that, he and wife Eileen McGann wrote a column for the New York Post headlined "It’s Now a Rudy Romp." A year later, he was predicting that Clinton would crash and burn in the New Hampshire primary, right up to the evening before that election. Her tears had proved to voters that she was unfit to serve as president, he explained. When she won the following night, he overreacted again by predicting that she would surely go on to secure the nomination. (Back when Clinton was running for the U.S. Senate from New York in the 2000 cycle, Morris similarly made one delusional prediction after another, claiming that she would never run, withdraw, falter, lose, and so on. She ran and won, of course.)

Among Dick’s wackiest blunders in recent years was his confident assertion -- on the eve of the 2006 midterm election -- that North Korea would become the overriding issue in that campaign, eclipsing taxes, the war in Iraq, and Republican corruption. As Glenn Greenwald observed back then in a mordant post: "It's just not possible to be more wrong than this."

By Election Day, Dick had forgotten about North Korea and could no longer ignore the unanimity of polls showing that the Republicans were on the verge of a historic defeat. (He occasionally gets it right, if he waits until moments before the polls close to place his bet.)

Part of Dick’s problem, in the years since he sold out completely to the Republicans, is his irrepressible urge to spin rather than analyze. This has led him to some fantastically stupid conjectures, captured on video. One of my favorites came in the aftermath of Hurricane Katrina, when President Dubya made a desultory speech in New Orleans.

On Fox News, Morris rated the weak speech as "fantastic!" Building up a head of steam, he cruelly raised Republican hopes. "The people who said this storm is going to hurt Bush's presidency," he declared, "are just wrong." Defying polls that showed the president’s public approval scraping bottom, he went on to assure listeners that the Katrina fiasco would be nothing more than "a distant memory," while the city’s recovery would prove to be "a huge positive for Bush. That will be a second term legacy ... [Bush] can get all the money he wants out of Congress 'cause of this disaster, the people will be solidly behind him, the media will cover it like crazy and he's gonna look like Santa Claus."

Obviously he pulls a lot of these prognostications straight out of his butt, with no polling or expertise required. Certainly there are plenty of polls showing that the Democrats will face serious trouble come fall (although there are also surveys showing a hint of daylight now, too). But when someone like Morris warns of catastrophe, there just may be reason for optimism.