Continuing to oppose healthcare reform, he puts down the brave nuns who defied their bishops to support it 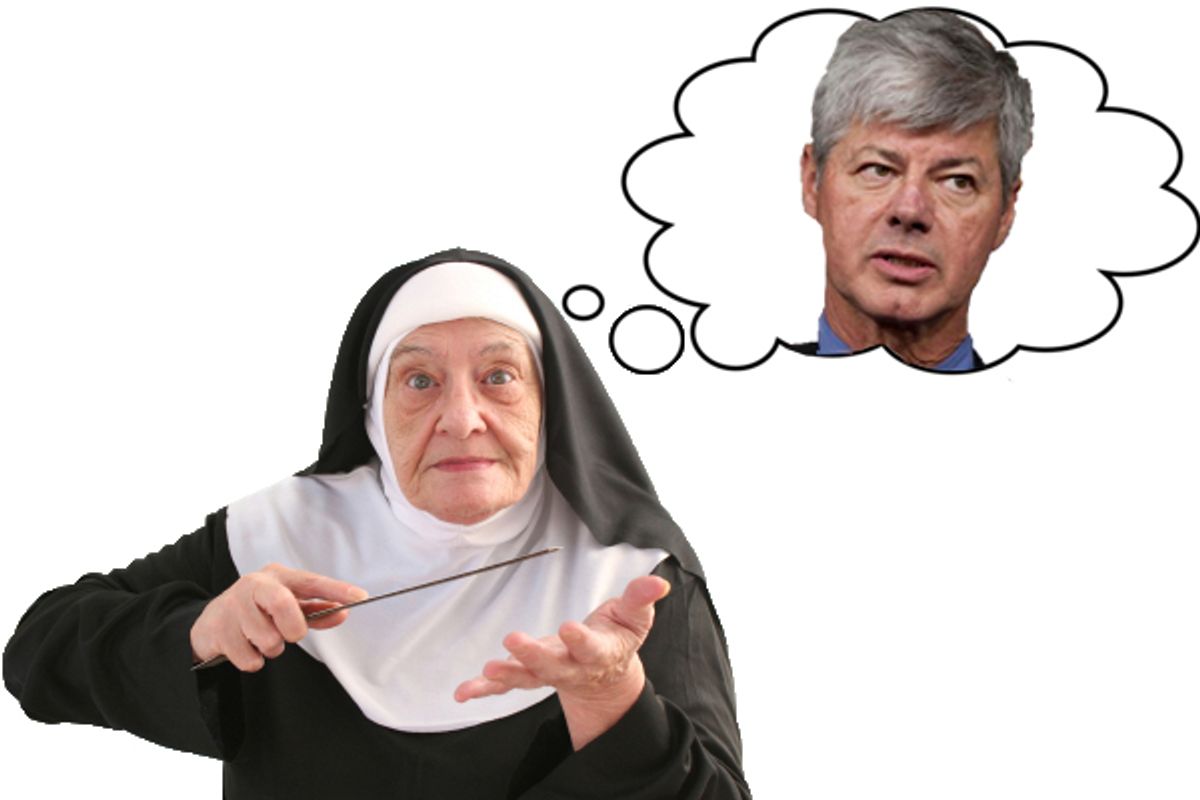 I'm not a huge admirer of Rep. Bart Stupak, who tacked an amendment onto the House version of healthcare reform that went way beyond what was needed to make sure federal insurance subsidies aren't spent on abortion. The Senate passed slightly less restrictive language. It forces women to purchase "special" abortion coverage with their own funds, which effectively prevents anyone getting public subsidies from having abortion covered, since by its nature abortion represents an unplanned event. We all know the odds are high we'll get sick and need healthcare one day; not so when it comes to abortion. "Abortion insurance" is sort of a contradiction in terms.

But that's not enough for Stupak; he wants his original language restored to the House bill. That's a sure way to scuttle the bill, since the House can't change the Senate bill without sending it back to the Senate for another vote, where Sen. Scott Brown has vowed to torpedo it. I can't tell if Stupak just isn't smart enough to realize the bill already does what he wants it to do, or whether he's deliberately trying to kill the bill, in concert with his C Street Republican friends. (It could be both.) Whatever. Stupak's entitled to his opinion on the issue. But he went beyond what was necessary, yesterday and today, in disrespecting the 60 Catholic nuns representing 59,000 sisters who bucked the Catholic bishops and came out for the bill Wednesday, declaring it "the real pro-life position."

"When I’m drafting right-to-life language, I don’t call up the nuns," Stupak told Fox News. Instead he said he consulted "leading bishops, Focus on the Family, and the National Right to Life Committee." Thursday, on MSNBC's "Hardball," he repeated his dismissal of nuns' opinions, insisting he listens only to the bishops and that he's never even been lobbied by nuns. To his credit, Chris Matthews pointed to his aunts and other nuns he's known who are smart about public policy and vocal in their political opinions, but Stupak was too stupid or stubborn to pick up on Matthews' invitation to walk back his remarks. (The video isn't online yet.)

There was a way for Stupak to say he disagreed with the nuns without condescending to them, but two days in a row, he didn't find it. In fact, his disrespect of the nuns seems of a piece with his stubborn stance not only on abortion but the healthcare reform bills. He joins the patriarchal leaders of the Catholic Church who never listen to the voices of women, either, and he's proud of that.

So is Catholic League blowhard Bill Donohue, who released a statement saying only the bishops could speak for the Catholic Church. Not only the nuns but the Catholic Health Association disagree with Donohue and Stupak, joining the push to pass the bill. Here's hoping Stupak's disrespect pulls away some of the handful of House members who are at risk of voting with him.