"Deem and pass" is no more. Stupak outfoxed by pro-choicers? All the latest from healthcare's pivotal weekend 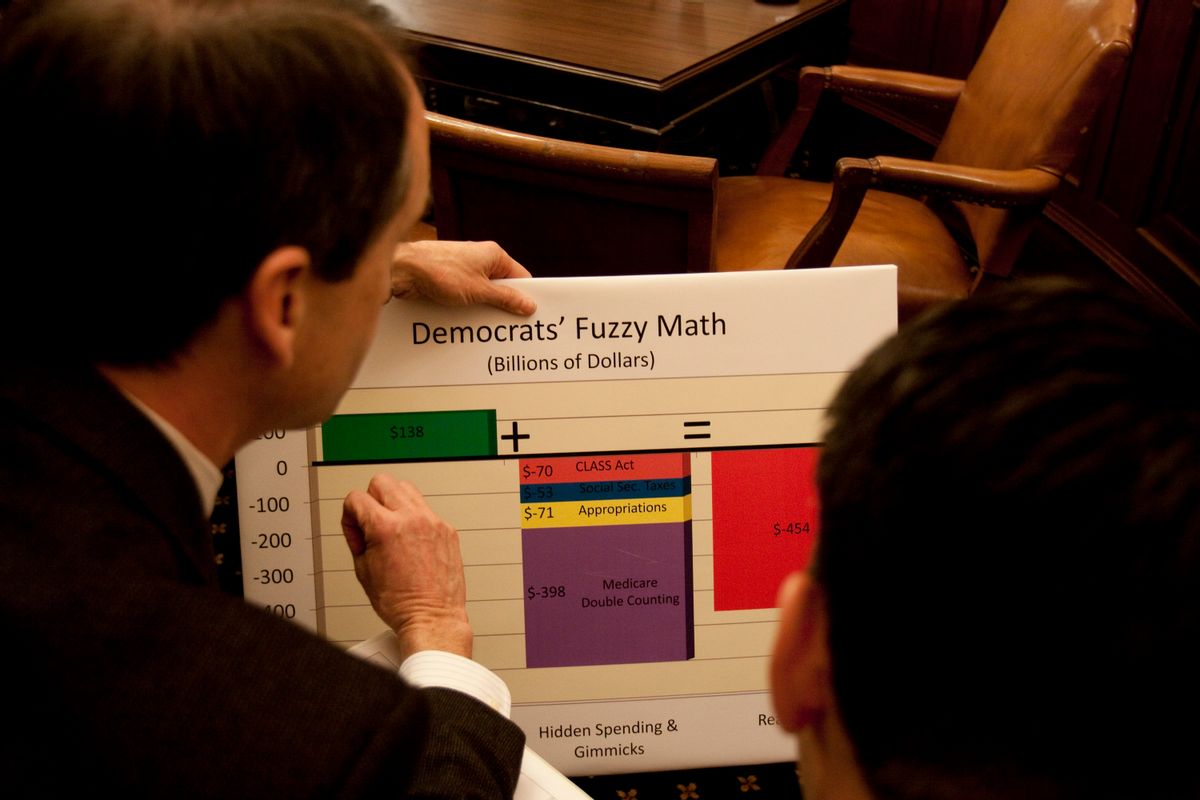 3:03 P.M.: Apparently it was a combination of politics and policy that convinced Democrats to drop the "deem and pass" tactic they were planning to use to vote on healthcare reform.

The politics were pretty easy -- Democrats did a terrible job of explaining the tactic, and the GOP hammered them mercilessly for proposing it. Yes, it was entirely legitimate, but it was just adding additional drag to a bill that already could be problematic in the fall.

The policy, though, took some work. Rep. Chris Van Hollen, D-Md., who chairs the House Democratic campaign committee, told reporters Saturday that leaders had realized they could adopt the changes to the bill through the reconciliation process before passing the Senate bill. "We want to make it absolutely clear that we're modifying the Senate bill," Van Hollen said. The "deem and pass" tactic would have been one way to do that; passing the reconciliation fixes before passing the underlying bill is another.

In the Senate, the parliamentarian had said the reconciliation bill couldn't be considered until the House passed the Senate proposal. But now it seems what may be important is when President Obama signs which bill into law, not when each one is voted on.

2:35 P.M.: Remember all that angst over "deem and pass" and "self-executing rules"? Never mind.

Democratic leaders told lawmakers just now that the House will hold three separate votes on the healthcare bill: one on the rule governing debate, one on the Senate's healthcare bill, and one on a package of fixes using the budget reconciliation process. "There will be three votes," Rep. Debbie Wasserman-Schultz told reporters on her way out of the meeting.

That means the House will avoid any GOP-driven controversy over whether they've actually voted on the bill. But it also means the political heat lawmakers took over parliamentary procedure this week was all for nothing.

2:28 P.M.: On the second level of the Capitol, there's a balcony just off the House floor, where lawmakers can step outside during votes to make a phone call, smoke a cigarette or get some fresh air.

Or, on some days, get screamed at by a horde of tea party activists.

"Cowards!" some women were just yelling at the Capitol. "Why can't you listen to the rally?"

Several thousand protesters turned out Saturday to spend a gorgeous spring afternoon venting their anger at the thought of expanding access to healthcare for millions of people. "Kill the bill!" the crowd shouted, constantly, as a parade of Republican lawmakers streamed out to rile them up.

The rally was a scaled-down version of the 9/12 march on Washington and other big tea party events: yellow "don't tread on me" flags, tricorner Revolutionary War hats, lots of grumbling about the evils of government. "It's the start of socialism in this country," Neil Payne, a stay-at-home dad who drove down from Gettysburg, Pa., told me. "They've made no secret of the fact they want to eliminate insurance companies completely." Considering that the bill would, actually, give billions of dollars in subsidies to people so they could buy private insurance, I asked him what he meant. Turns out that President Obama once said he favors single-payer healthcare (which "nobody seems to cover, except Fox News"), and this bill would "absolutely" move toward that.

Except for the air of panic that the impending passage of the healthcare bill had brought, there wasn't much difference between this tea party rally and any other. Rep. Marsha Blackburn, R-Tenn., took the podium to declare the GOP "the party of K-N-O-W," but also to proudly proclaim all the "no" votes the party had cast. A few protesters strayed into the House office buildings, open for the rare Saturday session. "There's a lot of angry people out there," a guy in a suit told me and some other reporters as we waited outside a closed Democratic caucus meeting. "I'm one of them."

1:45 p.m.: Pro-choice Democrats say House leaders have told them they're no longer negotiating with Rep. Bart Stupak, D-Mich., over restrictions on abortion in the healthcare reform bill. Which means Democrats must feel pretty good about being able to pass the bill without Stupak's bloc of anti-abortion lawmakers -- and that they were more concerned about losing support from a larger bloc of pro-choice votes.

"Well, there are more of us than there are of them, right?" Congressional Progressive Caucus co-chairman Lynne Woolsey, D-Calif., told reporters Saturday afternoon. "We have to have the votes. The people who are counting said we would have the votes."

As Democrats hunt for a few additional votes to pass the healthcare bill, they've been able to pick off some of Stupak's posse one at a time. Rep. Dale Kildee, D-Mich., peeled away from Stupak on Wednesday, for instance. Where Stupak once claimed he had about a dozen lawmakers who would oppose the bill if his abortion language wasn't included, that's probably down to six or so now, aides and lawmakers said Saturday. Stupak aides didn't immediately respond to a question about the negotiations.

The difference between what Stupak wanted and the language that Sen. Ben Nelson, D-Neb., had inserted into the Senate bill that the House is considering passing isn't that great. And it seems that in the end, it wasn't significant enough for many lawmakers to justify killing the healthcare bill over it. Both would make clear that existing federal law that bars tax money from paying for most abortions means women who get coverage through the new insurance exchanges would have to buy a separate policy if they want their insurer to cover abortions.

Now lawmakers say the White House may issue an executive order on the topic as a way of picking up one or two more votes from Democrats nervous about being accused of trying to fund abortions with tax money.

"If an executive order or some other statement from the White House basically reflected our compromise, then that would be fine with us," Rep. Diana DeGette, D-Colo., a leader of the pro-choice bloc, said Saturday. "We've already compromised to say federal funding will not be used in this bill to pay for abortions. We don't like it."

The pro-choice Democrats seem to have persuaded House Speaker Nancy Pelosi and other leaders that they had about 40 or 50 votes that might be at risk with any new restrictions on abortion rights.

So now, the question is, will that offset the loss of any votes Stupak still controls?

"I believe we will have the votes," DeGette said.

11 a.m.: After more than a year of tumultuous debate on the healthcare reform bill, there was really no reason to think the last few days would go any smoother than the rest of the process, was there?

As the House marched toward a vote Sunday, the bill's fate was still in flux Saturday morning. Rep. Bart Stupak, D-Mich., the leader of an anti-abortion posse threatening to defeat the bill if their demands for abortion rights restrictions aren't met, abruptly canceled a press conference to announce how he would vote. ("Discussions are continuing," a Stupak aid says.) Clusters of lawmakers trooped in and out of House Speaker Nancy Pelosi's office, hashing out the final details of what was and wasn't in the bill, and what could and couldn't be added later. Democrats scheduled a whip team meeting for noon Eastern, closed to the press, to count up their votes. The House Rules Committee met for a tense debate on the rule governing how the bill will be debated on the floor; the "deem and pass" tactic Democrats are using means once lawmakers vote to approve the rule, they'll also pass the Senate's version of the healthcare bill, sending it to President Obama, and a separate package of amendments that will use the budget reconciliation process. Meanwhile, tea party activists gathered outside the Capitol, hoping to kill the legislation (or at least enjoy a gorgeous spring day in Washington and get a nice tan).

Aides think they're only a handful of votes away from having the 216 they need to pass the bill Sunday -- but if the vote were held Saturday morning, they might fall short. Obama will address House Democrats later in the day, hoping one more sales pitch will convince them to hold together.

Check back here throughout the day for updates.