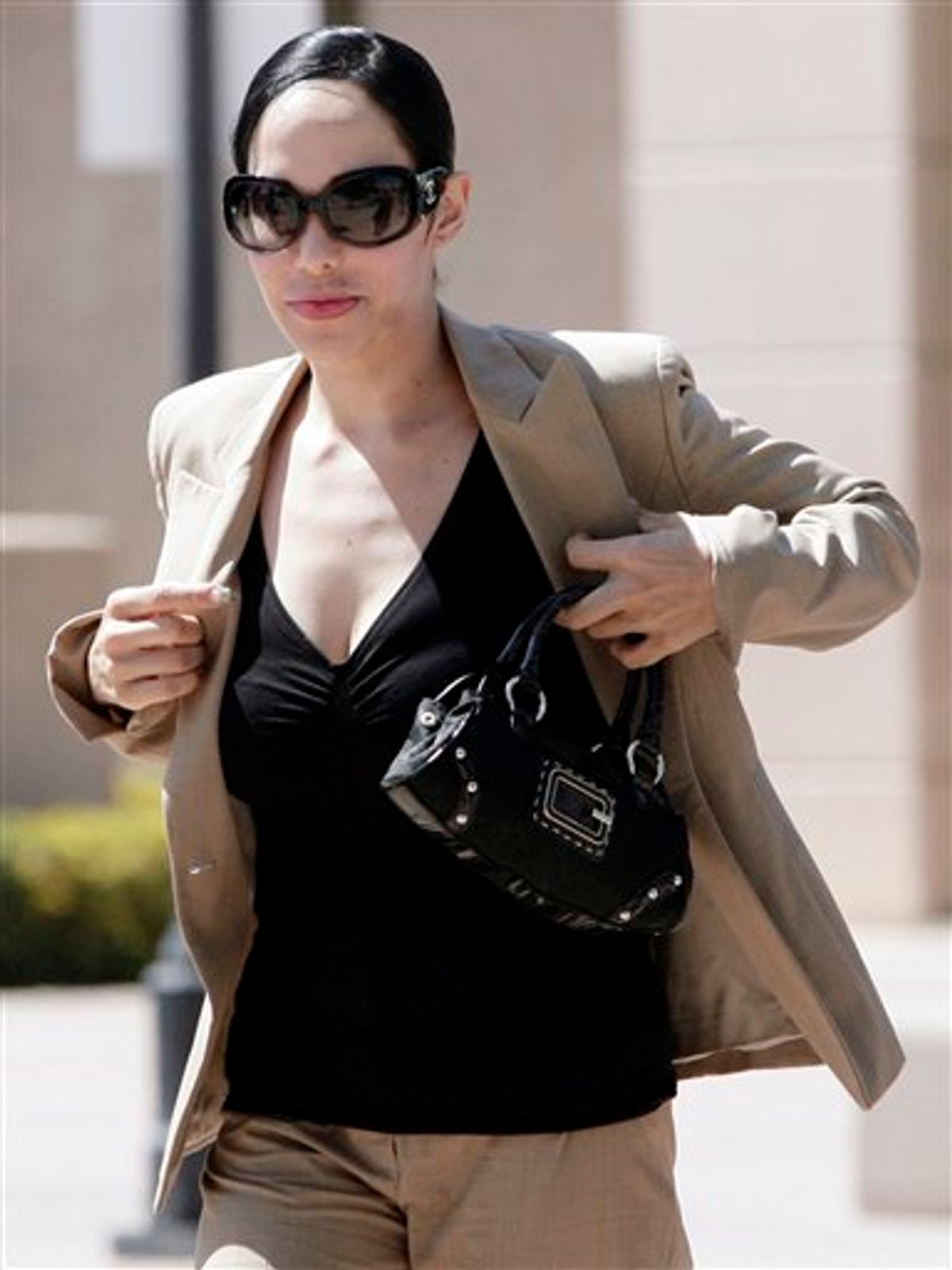 Steven Hirsch, president of Vivid Entertainment, sent her a sympathy letter this weekend expressing that he "can only imagine the anxiety that this must be causing you and your family," and helpfully reminded her that the company's more than year-old offer "is still an option for you to consider." But it doesn't sound like Vivid is willing to pony up the $1 million they originally offered Suleman; now Hirsch is using the lure of the amount she owes on her La Habra, Calif., home: $460,000. You see, sharks can smell a drop of desperation from miles away.

The truth is, tons of people find hopelessness extremely titillating, judging by the abundance online of "broke girl" smut and the like. For a tabloid celebrity like Suleman to cave to repeated public offers only after reaching a point of utter despair sounds a whole lot like public humili-tainment to me. It's entirely different from watching a porn star like, say, 22-year-old Sasha Grey who conveys such aggressive ownership over her performances that it's near impossible to see her as compromising herself, even as she's engaging in some seriously edgy shit. It's hard not to see the Suleman offer, on the other hand, as approaching bribery. She's an adult woman and fully capable of making her own decisions -- good and bad, cuh-learly -- but there is no denying that she is in desperate straits. She's a mother of 14 children and facing foreclosure on her home.

Plenty of women have found themselves in this position, especially during these dark financial days. As I reported last year, most facets of the sex industry have seen an increase in job applications as a result of the economic downturn; and as I wrote just last week about a laid-off high school teacher who told her class she was going to become a stripper and sell her eggs, "The recession has so many feeling profoundly hopeless -- and for women, true economic desperation often means selling our bodies in one way or another." And with the porn industry hurting like it is, the overall level of desperation is ratcheted up; I mean, there was a time when I considered Vivid to be one of the most respectable, female-friendly mainstream companies out there. Now it's the X-rated equivalent of an ambulance-chaser.