"The History of White People": What it means to be white 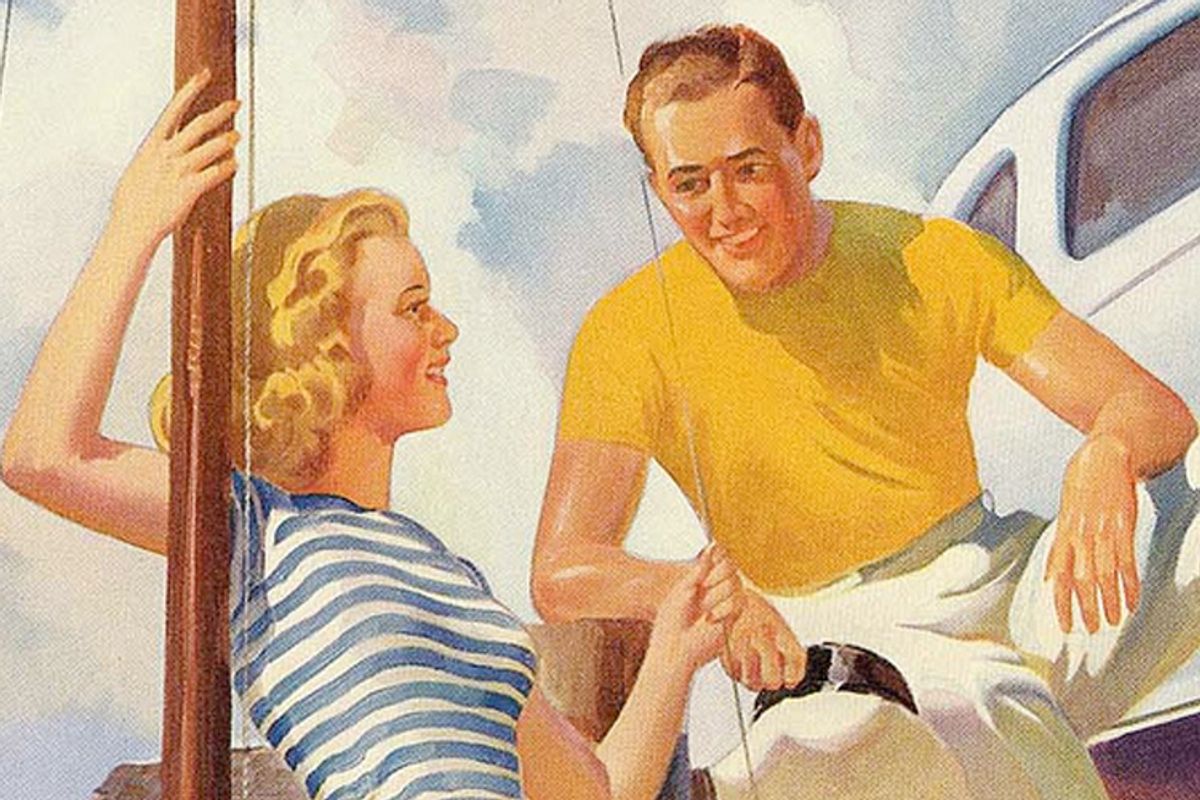 In 2000, the Human Genome Project finally answered one of the most fundamental questions about race: What, if anything, is the genetic difference between people of different skin colors -- black, white, Hispanic, Asian? The answer: nearly nothing. As it turns out, we all share 99.99 percent of the same genetic code -- no matter our race -- a fact that, geneticist J. Craig Venter claimed, proves that race is a "social concept, not a scientific one."

But as Nell Irvin Painter explains in "The History of White People,"

her exhaustive and fascinating new look at the history of the idea of the white race, it's a social construct that goes back much further and is much more complicated than many people think. In the book, Painter, a professor of American history at Princeton, chronicles the evolution of the concept of whiteness from ancient Rome -- where, she points out, the slaves were largely white -- to the 21st century America and explains how, in the era of Obama, our once-narrow concept of whiteness has become at once far broader and less important than ever before.

The elevation of some ethnic groups -- Germans and Scandinavians -- as "whiter" than others can largely be tied to a small number of scientists who shared an obsession with both measuring people's skulls and pinpointing the world's "most beautiful" people. As Painter writes, a number of social and demographic upheavals (which she dubs "enlargements of whiteness") over the last two centuries have gradually thrown many of those assumptions into question.

Salon spoke to Painter over the phone, about the meaning of "Caucasian," America's obsession with racial difference, and the real meaning of Stuff White People Like.

Why write a history of whiteness?

We've spent so much time in this country on various racial issues. It's our national sport, in a way, and it's always as if there is only one side: nonwhite. But this is one of those binaries where you need both sides to make sense of it.

I want to point out that this book is not about white nationalism. It's not about how bad white people are. It's about how we have thought about people now considered white. I used to encounter reservations about the project, and people would ask, "Why are you doing this as a black person?" People hear it's a book called "The History of White People" and that it's by a black author, and make assumptions.

We've all seen the word "Caucasian," usually when we're filling out forms, but most of us have no idea where it came from. What is a Caucasian, exactly?

It comes from Johann Friedrich Blumenbach, who applied it to a large swatch of humanity on the 11th of April, 1795, with the publications of the third edition of his dissertation, in Latin, about the varieties of mankind. He used the word "Caucasian" because he wanted to underscore the beauty of white-skinned people. He thought they were the most beautiful. He located these people in Europe, east into Russia, south into India and southwest into North Africa. The Caucasus is a border area between Europe and Asia and it's an area freighted with mythological baggage -- Jason and the Argonauts, Mount Ararat.

The Human Genome Project found that there's no genetic basis for racial difference. Is this the end of race?

This is nothing new. As long as there's been a discussion about race, there's been a disagreement about how many there were and how to make the distinction -- shade, color, height, where the hole in your skull is for your spine to go in, shape of the hand. There have been all these different criteria and nobody ever agreed. Even somebody like Blumenbach called them varieties. Varieties shade imperceptibly into one another. Different experts differed on how many varieties there are. Some people said two -- beautiful and ugly. Blumenbach said six.

But just as there's been the discovery that race is a concept with no scientific meaning, there's also been a cultural movement to rerace knowledge. When the genome was completed in 2000, the headlines were, "Race is meaningless," "We're all the same," and then three to four years later there came, "I am a race-profiling doctor." There was heart medicine marketed to black people. What's really interesting about finding race in the genome in terms of diseases is that diseases that have been discovered so far with a strong genomic cause are among white people, not black people.

Why do Americans have this persistent desire to create racial difference out of nothing?

Our culture was founded in 1789 right about the same moment that Blumenbach was inventing Caucasians -- this moment of racialization. Some people say race is in our national DNA so that we just can't get away from it. I don't know if we ever will.

As you write in the book, there were four great expansions of what America considers whiteness. What were they?

The first three are expansions of whiteness, because the assumption was that to be American you first had to be white. The first occurred in the Jacksonian era, in the first half of the 19th century, when citizenship criteria were changed from wealth to race. That's when adult males of any income were allowed to vote, as long as they were considered white. Things changed in the 20th century, when different groups came in as immigrants and people of Irish background were incorporated into the notion of American whiteness. The third great enlargement took place in the mid-20th century, starting with the New Deal in the 1930s and WWII. Politics and the mobilization of Americans to fight the Great Depression and to fight the Second World War opened up American-ness to people who had been considered alien races and their children and grandchildren.

We're currently in the midst of the fourth great expansion, which is an expansion of the idea of the American -- that an American doesn't necessarily need to be white to be considered American. "American" now includes Hispanics, for example, and people who identify themselves as multiracial. Because of this sort of great enlargement, we can no longer sum up the American as one person or the white man as one person.

What do you think is behind this latest change -- "American" no longer meaning "white"?

The two big reasons are immigration and the opening of the American economy after the Civil Rights Act. A huge proportion of Americans are now immigrants, and immigrants don't necessarily think in black-and-white terms. Less than half of immigrants identified themselves as white in the 2000. Now sometimes people who are white are identified by race. And in writing about the tea parties, for example, journalists will now often note that the crowd is mostly white, whereas before I don't think that would have been pointed out; [it would have been assumed].

How do you think the election of Barack Obama plays into this?

Whenever you tinker with one part of the equation, it affects the rest of it. I think to the extent that we realize that Obama has a white mother and a white family,  this alerted us to the existence of people with parents from different backgrounds. People have been migrating and fornicating forever, so there's no such thing as a pure person, and I think Obama's background just puts that front and center in our attention.

It's conspicuous that many of the scientists who were trying to determine the "most superior" white race were obsessed with figuring out which race was best-looking.

Physical beauty and race were thought to be something physical and permanent that can be passed down generation to generation, but if you look at magazines from the 1960s or the 1920s, you see that ideas of beauty change. What I find so fascinating is that if you look carefully at the faces of many models today, they would not have passed as beautiful in the middle of the 20th century. Now we look more at bodies. We like bodies to be very thin -- like thinness is beauty.

Every few years there also seems to be a new fashionable ethnicity for runway models -- one year it'll be Russians, the next it's Brazilians.

It's called fashion for a reason. Popular culture is a many-splendored thing. I was in New York recently, where I saw a great big billboard of Kimora Lee Simmons, who is a brown person who is an embodiment of beauty. Then if you look at a fashion magazine, you'll see a parade of white people selling things. You can find it all.

In the 1960s you couldn't find that kind of array [of people], partly because there weren't so many outlets, but also because these markets were not seen as big. As brown-skinned people got more money to buy things, what they wanted to see began appearing in advertising. It's all bound up with advertising and marketing and purchasing.

One of the biggest whiteness-themed pop culture sensations of the past few years was the blog Stuff White People Like. Many people thought it was racist. What did you think?

I was a professor at Princeton for a long time -- and I did my Ph.D. at Harvard -- and I circulated among wealthy people. So much of what is considered "what white people like" is what middle-class people like. I live in New Jersey and we have middle-class people of every background and we all like those same things. It's very common, particularly in the 20th century, to make the equation that white means middle-class. It's a lazy equation, and as time goes by it becomes lazier and lazier