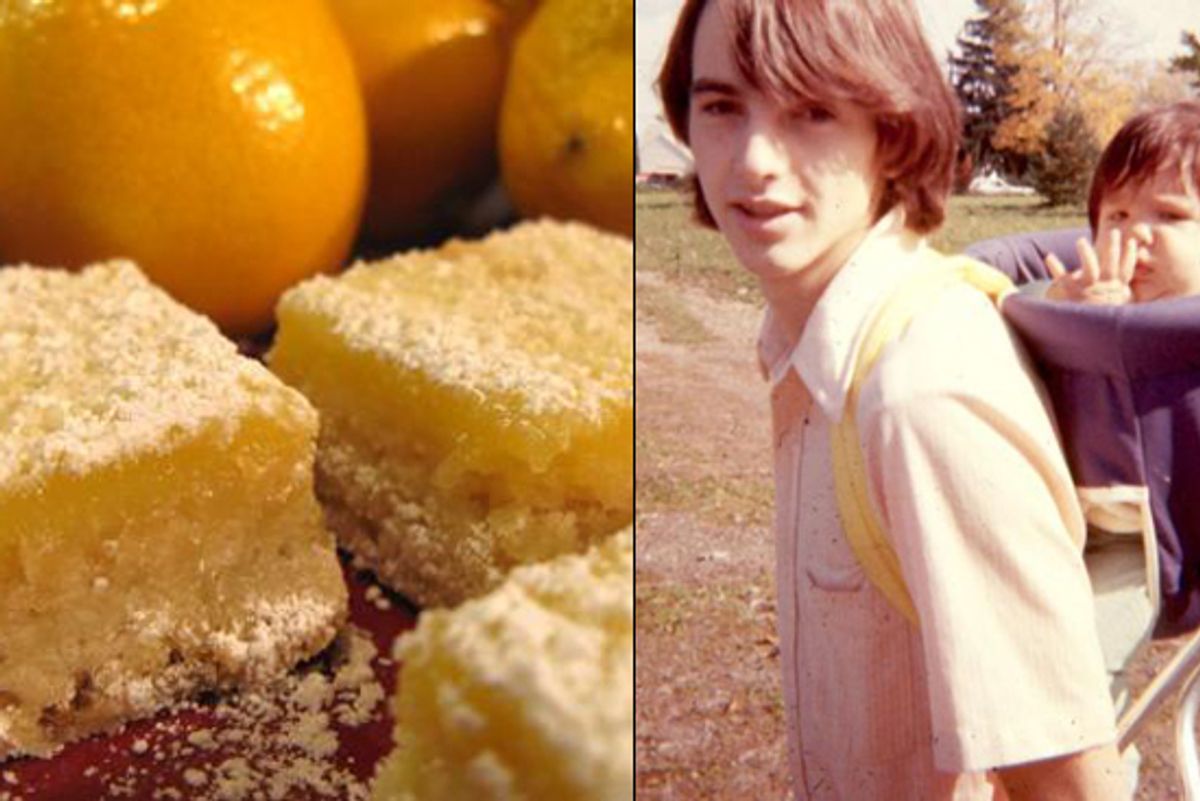 A version of this post first appeared on Lulu and Phoebe's Open Salon blog.

Those three daily doses (or more) of chocolate throughout my pregnancy were as necessary as prenatal vitamins. Or so I suggested to my doctor. My impossibly curly hair frizzed at just the whisper of the word "humidity" and I couldn’t stand the sight of lemons (or fish) for those nine months. The extended in-law family of lemon lovers were kind enough to accommodate me, but barely.

The first clue that DNA has a sense of humor was when the child was born four weeks late with a full head of stick-straight dark hair and needed her bangs cut so we could see the color of her eyes (brown).

But that crazy genetic lottery surely had the last laugh. The chocolate-addicted, frizzy-haired 19-year-old new mom gave birth to a child who loved lemon as much, or more than her grandparents and father. Sure, the child still enjoyed chocolate and would swill it alongside her mother with gusto. But, through the DNA roulette, we had apparently hatched an 8-pound lemon-loving baby. She arrived into this world craving all things lemon.

Little Annie would sit in her high chair, impatient for dinner to arrive. We peppered her with appetizers, cheerios or tiny pieces of fruit and veggies. The child threw all those unfortunate morsels on the floor. Minus a dog to clean it up, that certainly got old. One day, at the lemon-loving in-laws there was a bowl of (oh, do guess) lemons on the table in front of the child. The baby pointed and grunted until some obliging adult who would not be me gave her a lemon. A whole lemon.

It was difficult for me to look both amused and scowl at the same time. I couldn’t believe they gave her a lemon and thought it was cute. She rolled it around for a bit and then with that special look in her eye that only a mother knows, and before I could grab it from her hands, she shoved the whole thing into her mouth and bit down. I expected a cacophony of unhappy screaming to ensue, but before I could reach her high chair, she was grinning, giggling and biting the thing again. The other adults clapped with unrestrained glee for the tiny heir apparent. I stood there stunned. How in the world could a 6-month-old like the taste of lemon? She continued to bite down with the few teeth she possessed until a hole was drilled in the lemon and juice started squirting out. Everywhere.

My mother in law cut the beleaguered lemon into fistful-sized wedges and the heir apparent grandbaby grabbed as many as she could in her tiny fat fists. She gummed those wedges until her lips were puckered, cooing and giggling the entire time. Her clothes were bleached where the juice dripped, and she was totally pickled by the time I removed her from the high chair.

The stuffy professor family was all too dignified to high-five one another. Instead they did that head-nodding thing at one another with a look that said -- we’re so proud! She’s got the right genes after all! Smiling at the chocolate-loving daughter-in-law, I knew they were calculating the odds of whether the next dessert at our house would be lemon or chocolate. The smile, of course, was because they figured lemon to be the odds-on winner.

That same fateful evening, my mother-in-law whipped up lemon squares. I never used to enjoy those lemon squares because I swear she always left out the sugar. She, on the other hand, swears that there is sugar in them. Does a teaspoon count?

These lemon squares are a gluten-free adaptation of an Emeril Lagasse recipe. They are made with a lot of butter. Rich and delicious, perhaps they should be called butter lemon squares? But whatever you call them, they are fantastically perfect for the lemon-loving in-laws.