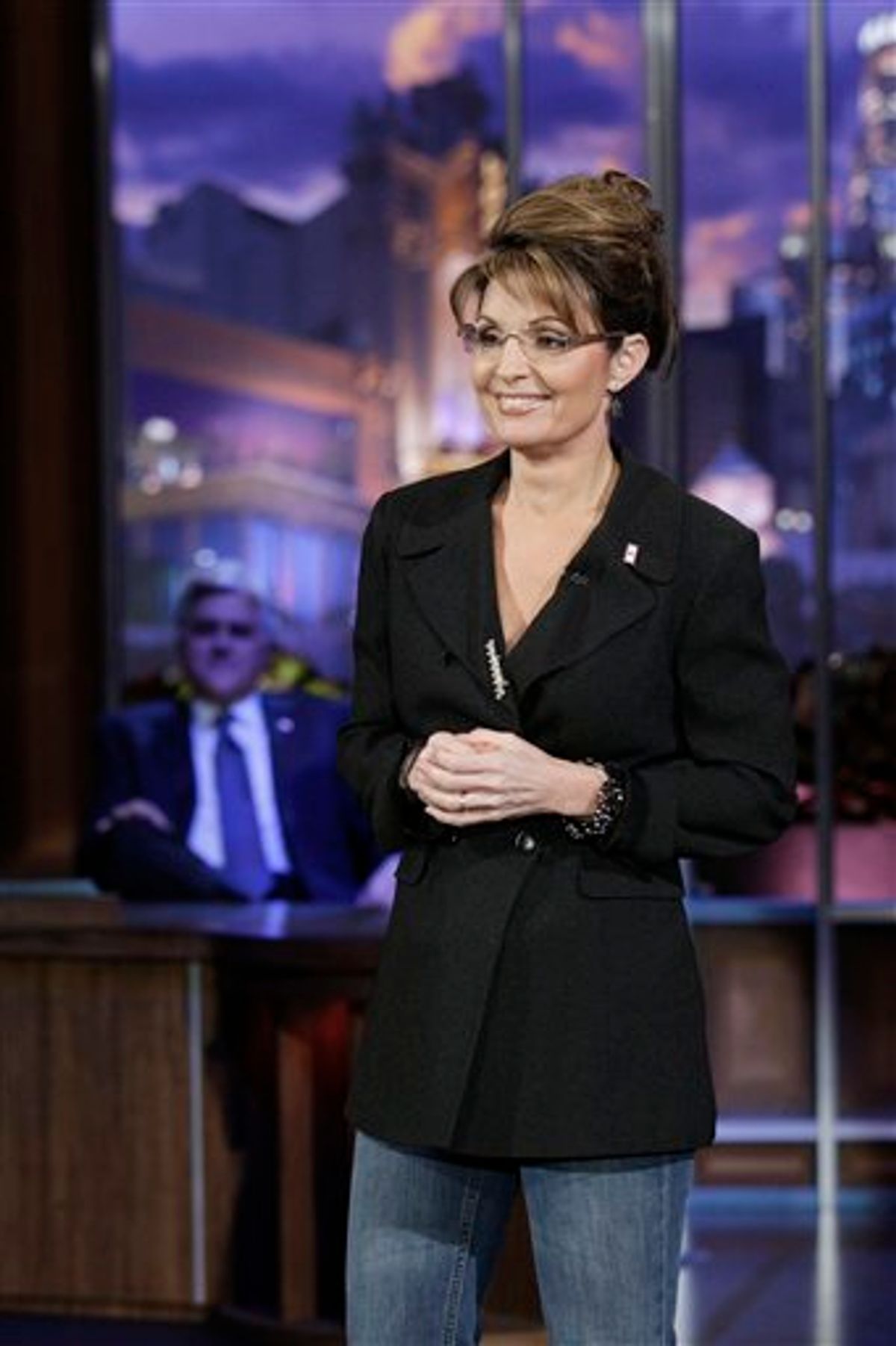 Whatever your feelings about Sarah Palin, it's hard to argue that the former Alaska governor and vice-presidential nominee has rested on her laurels. (What, exactly, her laurels are is a whole 'nother story.) She wrote one book and started on another, pow-wowed with Glenn Beck on Fox News and dropped by Jay Leno's newly recovered "Tonight Show," all while coyly flirting with a presidential run in 2012. And now, it looks like the pit bull in lipstick is on the way to landing that most coveted accolade of any American celebrity: her own reality show. According to the Hollywood Reporter, Discovery Communications is close to finalizing a deal that would net Palin as much as $1.2 million an episode for a travelogue named "Alaska." The show, which Palin was pitching earlier this month with "Survivor" producer Mark Burnett, would center on the ex-governor giving tours of her home state, visiting fishing boats and gold mines, in a sort of "Planet Earth" meets "Cribs" format -- only Palin's crib happens to be the entirety of the Alaskan wilderness.

The idea of Palin as a nature guide is more than a little strange, perhaps because of her support of hunting Alaska's wildlife by helicopter, but come on, as a reality star? Palin may be on to something. All the linguistic boo-boos, muddled thinking and rigid ideological stances that make Palin a terrifying candidate for our nation's highest public office would make her an excellent candidate for "The Real World." After all, she has all qualities that reality show casting directors hunt for. A signature look? Check. Palin was rocking her signature bouffant long before the world had heard of the banana-clip stylings of "Jersey Shore's" Snooki. A relentless drive toward self-promotion? Absolutely. A competitive nature? Oh yeah. Speech peppered with semi-incoherent mixed metaphors and kernels of down-home slang? You betcha. Palin has a knack for that sort of surreal-reality entertainment, a flair for the dramatic that frustrates her political opponents, but, well, would make for a great show. Though "Alaska" doesn't quite look like the Palins' version of the Osbournes (though please, almighty television gods, let that happen), it will still be hugely entertaining. We've all been watching the Sarah Palin show for years. Now, at least, we have the option of turning it off.