Alicia Guastaferro is suing ABC for $100 million. Is she another reality show villain -- or the victim here? 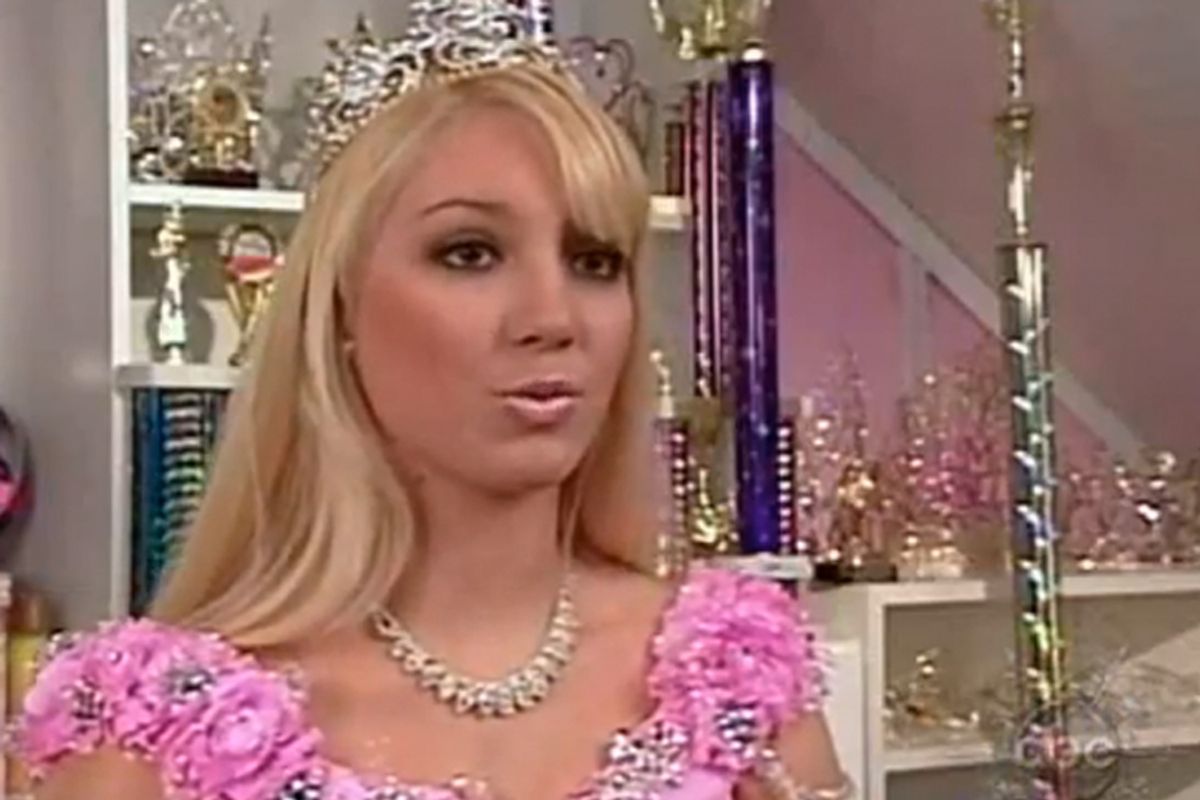 When teenage tiara enthusiast Alicia Guastaferro appeared on ABC's "Wife Swap," she quickly distinguished herself as a shining example of everything wrong with civilization. Want to give a recessionary American public something to hate? How about a pampered, 15-year-old blond beauty queen whose parents keep a Christmas tree up all year long because they give her a present every day, who claim their philosophy is "Give her everything she wants, don't give her any rules. Why upset her?"

The episode, which pitted Alicia's family in a values clash with an earthy, feminist family, aired two year ago. Since then, Alicia Guastaferro has been subject to an enduring stream of notoriety as the show's biggest "brat." And for the honor of starring on one hour of prime time, she says she's endured such "pervasive and incessant verbal and physical assaults" that she's harbored suicidal thoughts and had to change schools. So now, taking a page from the Lindsay Lohan big book of "Don't Get Mad, Get Litigious," Alicia is suing the show's creators, ABC and Disney, for $100 million.

In its relentless pursuit of drama, reality television has sure done a bang-up job of picking unlikable characters. Dating shows are littered with deadly rageaholics. "Wife Swap's" own Hall of Fame includes the balloon boy stunt-pulling Heene family and the Bedfords, who brought their own lawsuit after the show attempted hi-larious high jinx by sending a gay man to be the new "wife" in the conservative Oklahoma family. Alicia's own parents pleaded guilty last fall to laundering $1.2 million in a telemarketing scam. Most shocking twist ever!

Considering how most reality television contracts make you sign away your rights to sue even if you die while they're shooting, Alicia's lawyers -- whose Web site has a certain "We chase ambulances" je ne sais quoi -- have their work cut out for them taking on behemoths ABC and Disney. It doesn't help that the text of the suit has misspellings and overheated references to the "innocent" and "fragile" plaintiff. But Guastaferro, who claims she never consented to do the show and that she was put in "entirely fictitious situations" to maximize her public embarrassment" (wait -- reality TV is staged?), could get an iota of leverage from the fact that she was a minor when she appeared on "Wife Swap."

But even in the likely event Guastaferro never sees a dime, how quick should we be to dismiss the claim that she's "undergoing treatment for post-traumatic stress disorder, depression and moderate suicidal tendencies, and has been hospitalized for panic attacks"? Think derisive attention and fragile adolescent psyches are a winning combination? Tell that to the families of the teenagers who actually have gone and killed themselves after being harassed online.

Nobody's forcing any adult to be a doofus on national television, but at a certain point, it seems reasonable to ask how much crap anyone, especially a young girl, should be expected to take. Since when does doing one deeply unself-aware television appearance mean a person deserves a perpetual deluge of scorn?

On YouTube, clips of her "Wife Swap" appearance refer to her as "the most spoiled brat ever," with comments like "Some people don't deserve to live" from people who "want to kill" that "fake bitch." And, of course, since the story of the "notorious reality brat's" lawsuit broke on Wednesday, the public response has not been exactly sympathetic. "LOL! This little princess is upset because she's seeing how others see her, and it ain't pretty," wrote one user on PopEater this morning.

Much like the narcissistic princesses of MTV's "My Super Sweet 16," Alicia is both a star and a pawn. When she says on "Wife Swap," "Appearance is everything in this world," there's little doubt that the show's producers meant to portray her as anything but an easy object of ridicule. Gee, it's sure easier to pick on pretty teenage girls than, say, the middle-aged white guys who ran the global economy aground.

It's true that in that oft-reviled episode, Guastaferro certainly seems every inch the kind of girl whose role models include Veruca Salt. But she also often appears cheerfully naive and painfully eager to please. And a scene in which she struggles to read the word "crutches" suggests that her transfer to the "specially supervised program" mentioned in her lawsuit would have been all but inevitable anyway.  So while her suit may be ill-advised and unwinnable, her exploitation by a television network, the sad failure to protect her by her parents, and an online and offline community that never lacks for vicious trolls still seem an unfair burden for any high schooler to have to shoulder. She may have put herself out there for a little taste of fame, but just because you're a beauty pageant junkie, it doesn't mean you should spend the rest of your life being judged.