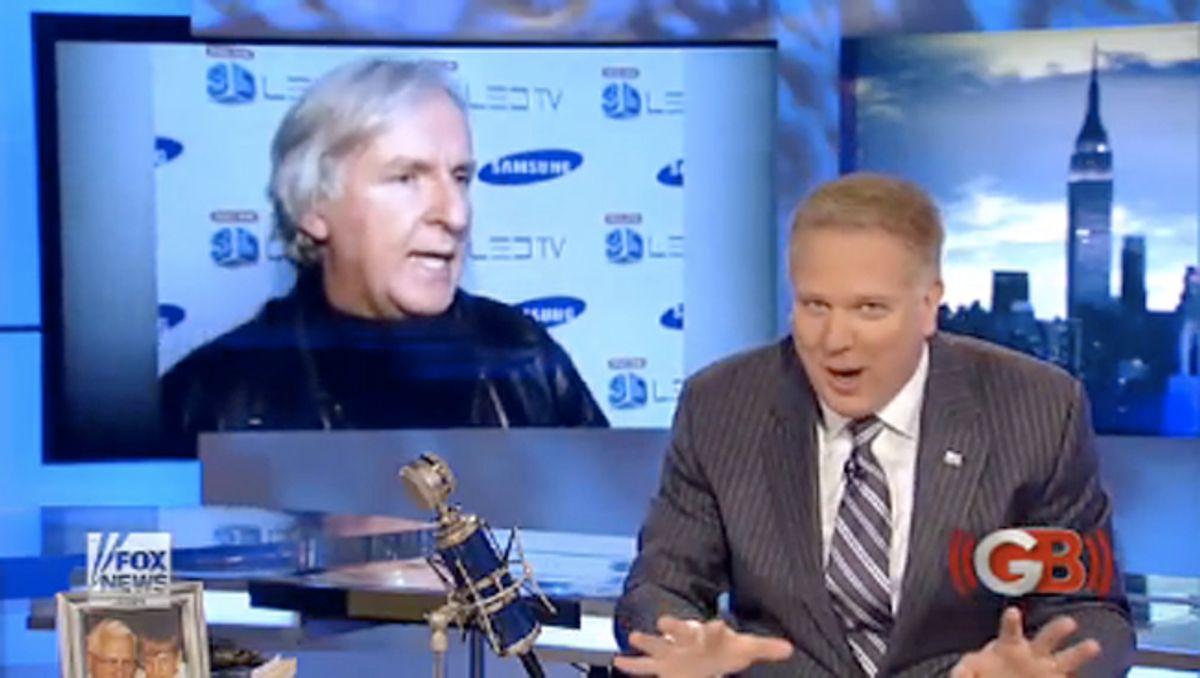 James Cameron, the director of low-budget indie films "Avatar," "Titanic" and the first two "Terminator" movies, is not a fan of Glenn Beck. Like, really not a fan. Earlier this week, Cameron had this to say:

Glenn Beck is a fucking asshole. I've met him. He called me the anti-Christ and not about "Avatar." He hadn't even seen "Avatar" yet. I don't know if he has seen it ... I think, you know what, he may or may not be an asshole, but he certainly is dangerous, and I'd love to have a dialogue with him ... He's dangerous because his ideas are poisonous ... I couldn't believe when he was on CNN. I thought, what happened to CNN? Who is this guy? Who is this madman? And then of course he wound up on Fox News, which is where he belongs, I guess

Naturally, Beck had to respond to this. He did so on his Fox News show Wednesday, in what was actually a pretty amusing segment. Also, as Beck explains it, the anti-Christ thing was a joke. And I have to give this one to Beck: The joke was pretty funny.

Watch the video below. (Hat-tip: The Hollywood Reporter.)