Lindsey Graham: "Racial epithets are not part of conservatism"

A Senate Republican condemns some of the tea party rhetoric, as Democrats say they feel threatened 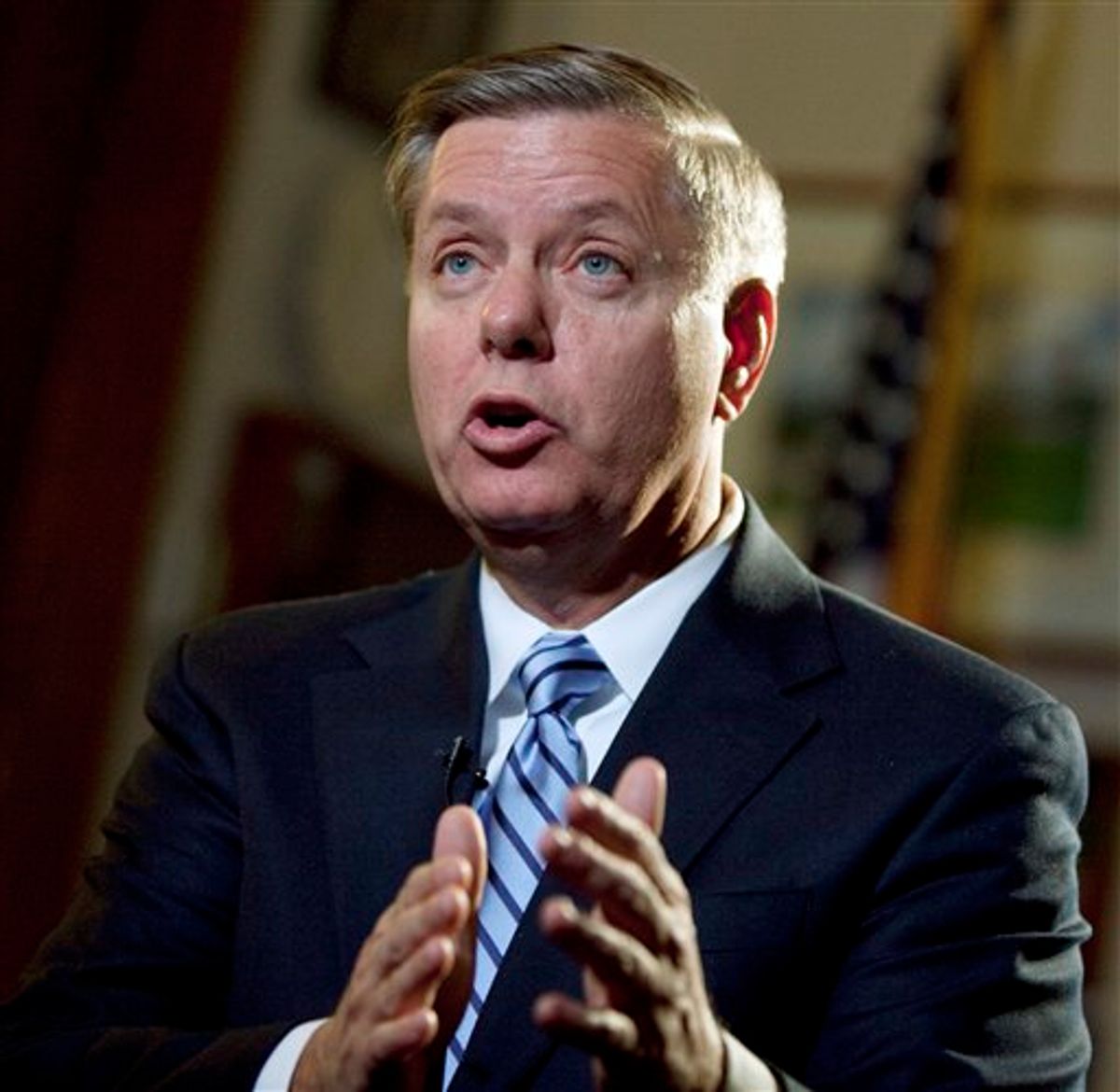 As Democrats face increasing threats for voting to pass the healthcare reform bill, Republicans have been trying to figure out what to do about the anger manifesting itself among their base. On the one hand, they need the tea partiers. On the other hand, the tea partiers are starting to look like they're on the verge of falling into the kind of craziness that turns off regular voters.

Sen. Lindsey Graham, R-S.C., has apparently decided he doesn't want to be part of that. "Some of the rhetoric being used out there, we need to condemn it," he told me Wednesday evening, in between Senate votes on amendments to the healthcare reconciliation bill. "Racial epithets are not a part of conservatism, they're part of bigotry."

That wouldn't, in and of itself, be all that newsy -- except it's sure to infuriate the tea party types in his home state, who already don't like him. (RINOHunt.net, a South Carolina-based site dedicated to defeating "Republicans In Name Only," lists Graham as their only target in the U.S. Senate.)

But don't start feeling too sorry for him yet. Graham did also say the budget reconciliation process Democrats are using to pass some amendments to the healthcare law "nullifies Scott Brown's election" in January's Massachusetts Senate race. "Scott campaigned on coming to Washington to have a vote, a say on healthcare, and his vote would have mattered if they had used the normal rules," he said.