A new book argues that dudes just can't help chasing tail. Give me a break! 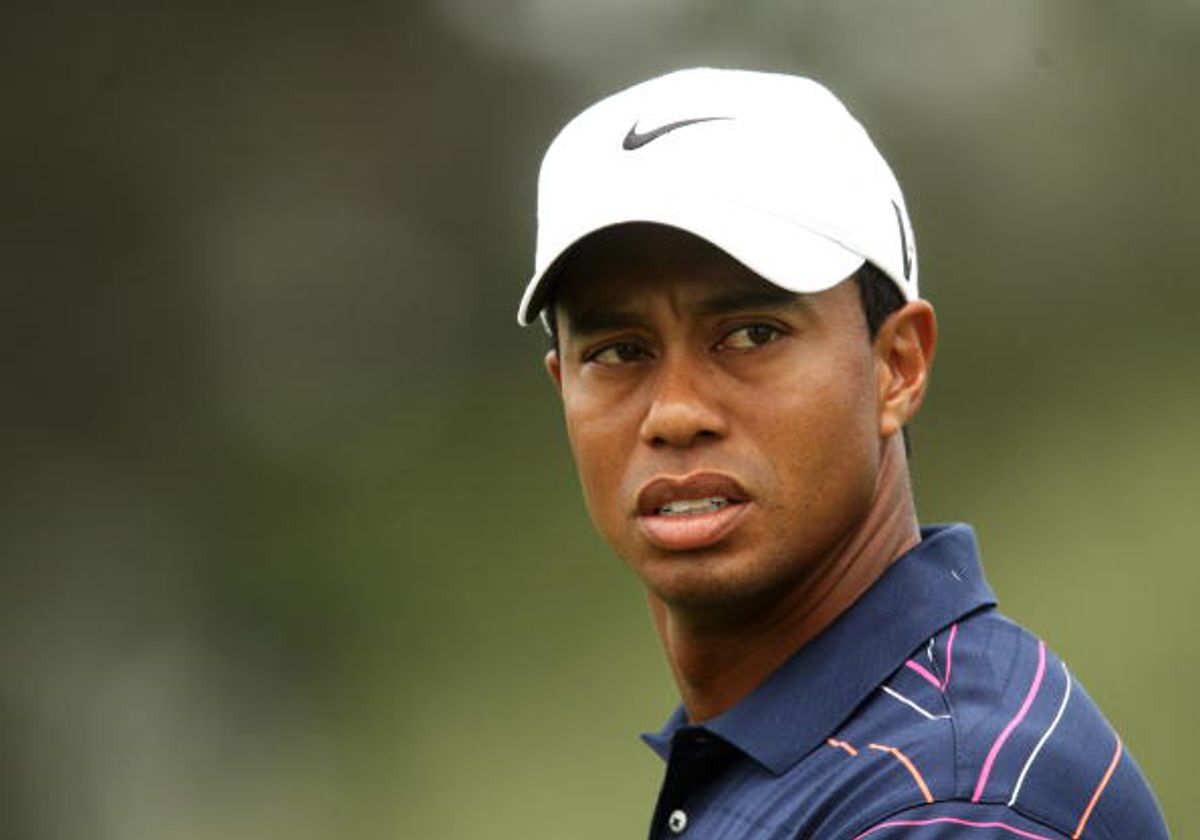 MELBOURNE, AUSTRALIA - NOVEMBER 12: Tiger Woods of the USA prepares to putt on the 8th hole during round one of the 2009 Australian Masters at Kingston Heath Golf Club on November 12, 2009 in Melbourne, Australia. (Photo by Quinn Rooney/Getty Images) (Quinn Rooney)
--

There's nothing like dubious science to justify any wackadoodle idea. Want to say that Adam and Eve rode around on dinosaurs or that climate change is a crock? We've got the proof! And if you really want to have fun, roll up your sleeves, trot out your academic credentials and subtly suggest that a sports hero sleeps with a harem of cocktail waitresses or a bad-boy motorcyclist cheats on his wife with a woman sporting a swastika tattoo because "we can't really blame a guy for being a guy."

That's the conclusion from Dr. Louann Brizendine, whose new book, "The Male Brain," was just released from Random House. Writing today on CNN.com, Brizendine explains guys can't help themselves: "Men have a sexual pursuit area that is 2.5 times larger than the one in the female brain." I had never realized there was a sexual pursuit area of the brain, so I Googled it to learn more about this plush lair of gray matter, stockpiled with R. Kelly CDs and Courvoisier. And what do you know? Almost all the references out there are from Dr. Louann Brizendine! How has this vital zone escaped the attention of all neurologists but her?

I wonder, could she be referring to the amygdala, which is related to emotion? A 2004 study of a whopping 28 college students suggested higher amygdala activity in men when sexually aroused, but that's not the same thing as having a whole big conquest zone. And men's brains are on average 11 percent bigger than women's, but that would seem to make them only 11 percent more likely to bang their interns.

Sound like I'm a little wary of Brizendine's conclusions? Maybe that's because she's no stranger to shaky data. Her 2006 best-seller "The Female Brain" declared that women speak more quickly and use nearly three times more words every day than men -- apparent proof of the image of gabby gals and laconic dudes, but utterly unproven. (Later printings of the book removed the erroneous info.) And you'd think that the founder of the Women’s Mood and Hormone Clinic would know how oxytocin is transmitted, but you'd be wrong there too.

Why, after all, let facts get in the way of some good old-fashioned stereotype reinforcement? On CNN, Brizendine goes on to educate us on how testosterone "fuels [men's] sexual engines and makes it impossible for them to stop thinking about female body parts and sex," creating what she calls the "man trance" -- that glazed look they get in the presence of tittaes. "I wish I could say that men can stop themselves from entering this trance," she writes. "But the truth is, they can't."(Apparently Brizendine has never, in all her research, come upon the phenomenon some scientists refer to as "homosexuality," a unique condition that renders some men all but immune to the allure of "female body parts.")

Lest we think it's all about the boob watching and the tail chasing, Brizendine does offer some good news.  When a man  falls in love with a woman, she says, "his brain makes an indelible imprint of her." And when she gets pregnant and has his baby, "she'll emit pheromones that will waft into his nostrils" like the sweet smell of bacon on a Sunday morning, causing him to bond like crazy. But before Rielle Hunter and Bristol Palin crack open the champagne, they might want to note that Brizendine's info comes from a 10-year-old study of 34 couples out of Newfoundland, which measured most of its subjects just once. "Twelve couples were sampled in the fourth or fifth month, eight in the last month, nine three weeks after the birth, and eight between three and six weeks after the birth." In other words, they almost never even measured the hormone levels of the same guys.

The notions that biology drives behavior or that men's and women's brains behave differently are eternally valid and worthy of inquiry.  We'd all like to understand why we do the things we do -- especially when it comes to attraction and sex. But not every small, wildly variable study speaks for all human experience. How galling is it, then, that the New York Times lazily and glowingly leapt on Brizendine's book without an iota of skepticism, shrugging that, "At the very least, it ought to grant us the serenity to accept the things we cannot change"?

Brizendine isn't some retro conservative; she describes herself as a feminist and was a contributor to Hillary Clinton's presidential campaign. In her view, she's just stating the truth. Why, then, does so much of what she writes sound an awful lot like a nice big free pass for Neanderthal behavior? Though she doesn't come flat out and say, sorry, but with all that testosterone and sexual pursuit real estate in his brain, Tiger Woods is going to keep tapping as much ass as he can get, and so is your boyfriend, the implication is clear that there are different rules of acceptable behavior between the sexes. "The male brain and female brain are not likely to change anytime soon," she writes, so we'd better "make peace with the male brain [and] let men be men." Brains may not change, but data is unreliable as hell. And minds? Actions? Well, they change all the time. We're not just our cortexes; we're our hearts as well. And surely we can let men be men and women be women without buying into shaky science -- and conveniently sexist excuses for staring at our boobs.