French provocatrix Catherine Breillat returns with a perverse tale of two sisters, a lovable ogre and a knife 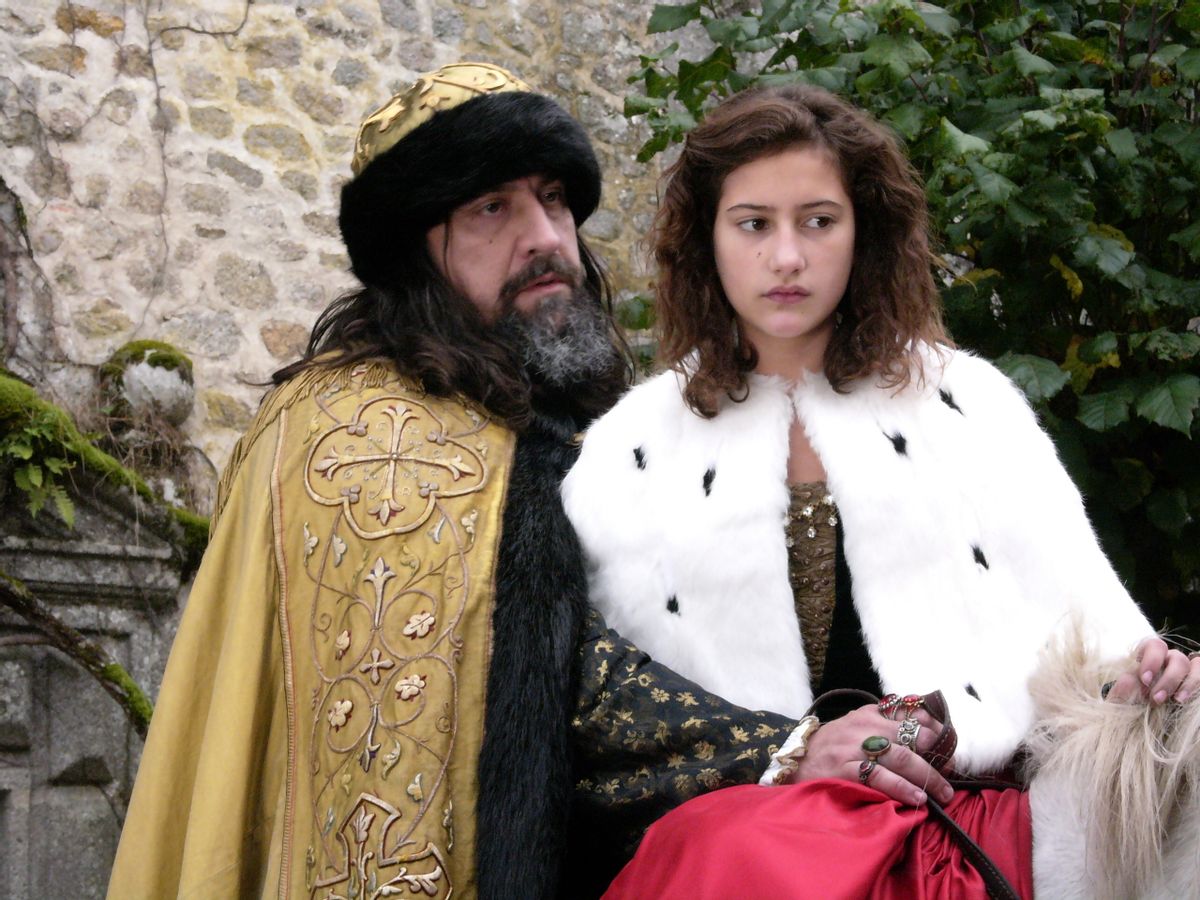 The story of Bluebeard, the monstrous aristocrat who entraps and kills one wife after another, is a very old one indeed. It almost certainly predates Charles Perrault, the 17th-century French fairy-tale author who wrote it down (along with such other classics as "Little Red Riding Hood," "Cinderella" and "Sleeping Beauty"), and probably has both historical and mythological roots. Some scholars see in Bluebeard the story of Conomor the Accursed, a Breton king from about the 6th century; others hear echoes of earlier fables about the dangers of female curiosity: Pandora, Lot's wife, Eve. It has been retold any number of times on screen -- most often with prurient ends in mind -- beginning with a 1901 adaptation by cinema pioneer Georges Méliès.

Breillat's concise, almost ritualized new version of "Bluebeard," which hews closely to the fairy tale in both plot and manner, might qualify for a PG rating. It has no sex, no nudity and one brief scene of imaginary violence. Like "Fat Girl" (whose original French title means "To My Sister"), "Bluebeard" is less a story of sexual predation or male misogyny than a story about intimate emotional violence between sisters. As played by Dominique Thomas, Monsieur Barbe Bleue himself is a lumbering, doleful giant, fascinated by his child bride as a gorilla might be by a hatchling robin. Only after she enters the locked chamber where his previous wives are stored, he concludes --regretfully, with a sense of being trapped by unpleasant codes of honor -- that she must join them there.

It's Bluebeard's latest (and last) wife, Marie-Catherine, played by the teenage actress Lola Créton, who really captures Breillat's attention. A bright-eyed, high-spirited girl with a prodigious imagination, she responds to her father's recent death, and the family's resulting poverty, with wit and daring while her gorgeous, redhead older sister, Anne (Daphné Baïwir), sulks resentfully. When Bluebeard's representative comes calling, offering to shower them with riches in exchange for a no-questions-asked marriage, it's Marie-Catherine who jumps at the chance. If anything, she becomes fond of the lumpy old ogre with the strangely-hued beard at first glance. What became of his previous wives? Nothing good. But maybe they just weren't quite as sharp as Marie-Catherine.

Visually, Breillat and cinematographer Vilko Filac model their iconic Renaissance Faire imagery on Gustave Doré's classic illustrations to the fairy tale, and her script contains the same odd skitters and skips as Perrault's story (which suggest that he was adapting and abridging older material). That's because there's a confusing meta-narrative level to Breillat's film: She skips back and forth between the tale of Bluebeard and another tale of two sisters -- younger girls, in 20th-century dresses, playing in the attic -- as they scare and tease each other with the grisly yarn. In this story it is also the younger sister, Catherine, who is the brave and brazen one, and the elder, Marie-Anne, who is timorous and whiny. Bluebeard's tale has a violent denouement, and so too does this nested story of sororicidal rivalry.

Yeah, I know -- two pairs of sisters, with almost but not quite the same names, and the youngest of all has the same name as the filmmaker. (According to Breillat, as a child she indeed tormented her older sister with readings of "Bluebeard.") It's too convoluted by half, and turns what ought to be an idiosyncratic, delightful folktale-film into a baffling personal psychodrama with a nasty sting in its tale. Still, Breillat wouldn't be Breillat if she made movies that were easy to like, or to get your head around. Perhaps only she could tell the Bluebeard story in a way that leaves you feeling sorry for the old galoot.

"Bluebeard" is now playing at the IFC Center in New York, with more cities and DVD release to follow.