Diane Ravitch was a champion of No Child Left Behind. Now she's speaking out about the public system we abandoned 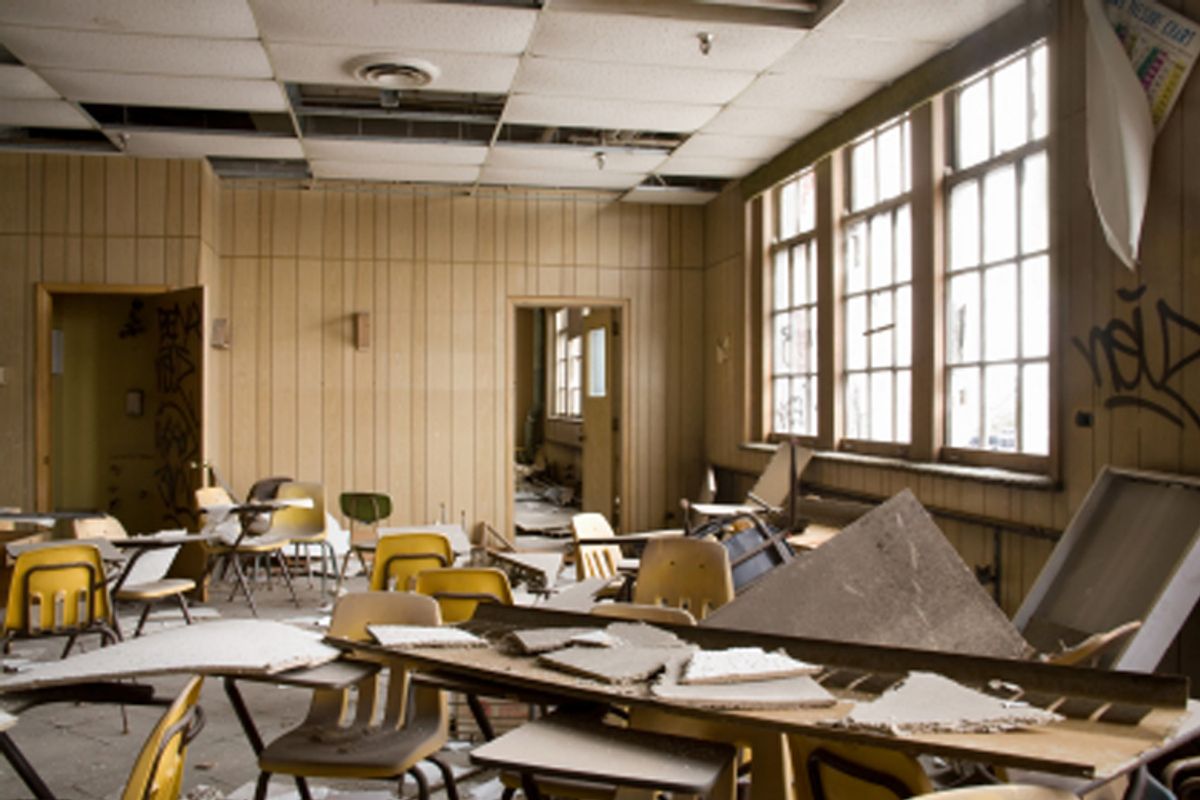 Diane Ravitch has spent a lifetime in school. She was the assistant secretary of education under George H. W. Bush and an early advocate of No Child Left Behind. Today, she's a research professor of education at New York University, a passionate critic of the system and an articulate, outspoken advocate for saving our public schools. Her new book has the provocative title "The Death and Life of the Great American School System: How Testing and Choice Are Undermining Education."

She's certainly got my attention. As a public school parent in New York City, where on Thursday, chancellor Joel Klein threatened to cut 8,500 teaching jobs -- 20 percent of which would come from the impoverished South Bronx -- I've been watching the ongoing fiasco in education reform with a mixture of fear, anger and outright disgust. In his announcement, Klein said he would fight Albany's mandate to cut jobs with a "last in, first out" strategy -- unsurprising given his long-standing promise to get rid of "bad" teachers. It doesn't take long, however, to notice how often Klein's criteria for career jeopardy seems to involve a higher salary and/or a class with lower test scores. At my own school, parents have heard our principal speak in meetings of removing particular teachers who make the most money -- while several of the tenured staff have suddenly found themselves written up for questionable infractions.

It's a scenario being repeated all over the country -- earlier this month in Rhode Island and Massachusetts, entire faculties at low-performing schools faced the ax. On Thursday, a Savannah, Ga., high school announced it was firing its whole staff. And California recently issued layoff notices to a staggering 30,000 teachers.

All of which paints an incredibly grim prospect for parents, children and teachers within the public school system – especially families and communities servicing English language learners and special needs kids. Want to remove the teachers and close schools in the poorest, "lowest performing" areas? Want to hold every child, regardless of individual circumstances and aptitude, to the same standards? Gosh, what could go wrong there?

Searching for solutions, I spoke recently with Ravitch about the crisis in our schools -- how we got here, and how we can dig ourselves out.

When we parents hear words like "choice" and "standards," they sound like good things. So tell me why they're not.

You create a mentality that private education is good, and public education is bad. What's the long-term result? Look at New Orleans, where over 60 percent of the kids are in charter schools. The schools are basically in the hands of private entrepreneurs, who may or may not have the best interests of kids at heart.

And the Department of Education is supporting these charter schools instead of the schools they're responsible for. The're giving these schools your address. They're giving them info on your children. In New York and nationally, charters are cherry-picking the students. They're not taking a fair proportion of special ed kids or English language learners. They're taking the kids who are easiest to educate. There's a school in East Harlem within walking distance of a bunch of homeless shelters that has no shelter kids in it.

And the charter middle schools in New York start in fifth grade while the public schools start in sixth. I had an educator tell me recently that they're flat out draining her classes, because parents are terrified their kids won't get into the competitive public middle schools.

And then you turn around, and you don't have a public school system except for the kids who can't get into the charters. You have a public system of last resort and no hope.

Yet why not create competition if the public schools aren't doing well? What about the mantra that my own school's principal says all the time about standards and test scores, that the "data doesn't lie"?

Has your principal heard of Ponzi schemes? Has he heard of Enron? The data lie all the time. Business lies all the time. It's easy to fudge the numbers. In New York, for instance, the Board of Ed dropped the passing mark for the tests. In 2006 a seventh-grade student needed to get 59.6 percent to be considered proficient. By 2009 the mark dropped to 44 percent. That produced a dramatic increase in "proficiency."

That's like how our neighborhood school went from earning an F from the Board of Ed to an A in two years.

Last year, when Mike Bloomberg was running for reelection, 97 percent of New York City schools got an A or B. It's about prestige -- these people like Bloomberg are considered leaders and pioneers because they're saying they can improve the data. The data are sanctified and the data are bullshit.

Meanwhile, if a school is filled with "low -performing" kids, it's a failing school. It may have raised those kids way beyond what anybody else could have done for them. Joel Klein says the reason we have low performance is because we have bad teachers. It might be because nobody at home speaks English or the kids don't even have a home. They're working against incredible odds.

But surely we need some way of measuring how kids and schools are doing.

Tests are useful for information. It's good to see that if the scores are low, maybe we need bilingual helpers. Let's see how we can make things better. Instead they take the data and say, "Let's see who we should fire."

School now rests on incentives and sanctions. It's permeated by the Jack Welsh philosophy of "Kick out the bottom 10 percent." Harshly punish the schools, and then magically something will happen. The results don't bear it out.

Secretary of Education Arne Duncan has said this country has thousands and thousands of teachers who are eager to go into these "failing" schools. Who would leave Scarsdale to teach in the South Bronx? You want to go on the firing line, into a school that gets the lowest test scores, where you'll lose your job if you don't raise them?

You've lived and worked through countless moments of crisis in education. What makes this one different?

Public school has always had critics. But we now have for the first time a movement to eliminate public education. We have never in our history had a strong push to privatize a large piece of the public education system. And when you have it coming from the Oval Office, that's different.

Obama and Arne Duncan have completely aligned themselves with the Jack Welches and Joel Kleins. There's this idea that teachers are the enemy. Everybody has drunk the Kool-Aid, because if you want to keep your job, you walk the walk. It's doing a really good job of stigmatizing public education.

So what can we parents do?

Organize, organize, organize! Get involved politically and vote against these plans. Parents have to sit down with their congressmen and say, you're destroying education. You've created a mind-set of, "What's in it for me, and the hell with everybody else." This is nonsense. This is anti-education. And it's harming children. Schools will be stripped down to math and English and what's not on the tests won't be taught.

There are two ways to look at the business model: One is, produce or die. But there is plenty in corporate literature that talks about common goals, and what happens when you don't set people in competition with each other. So how about finding solutions for everybody?