"The Eclipse": Horror grows up

No, it's not the latest "Twilight" entry. It's a fascinating romantic triangle -- with elements of "Evil Dead" 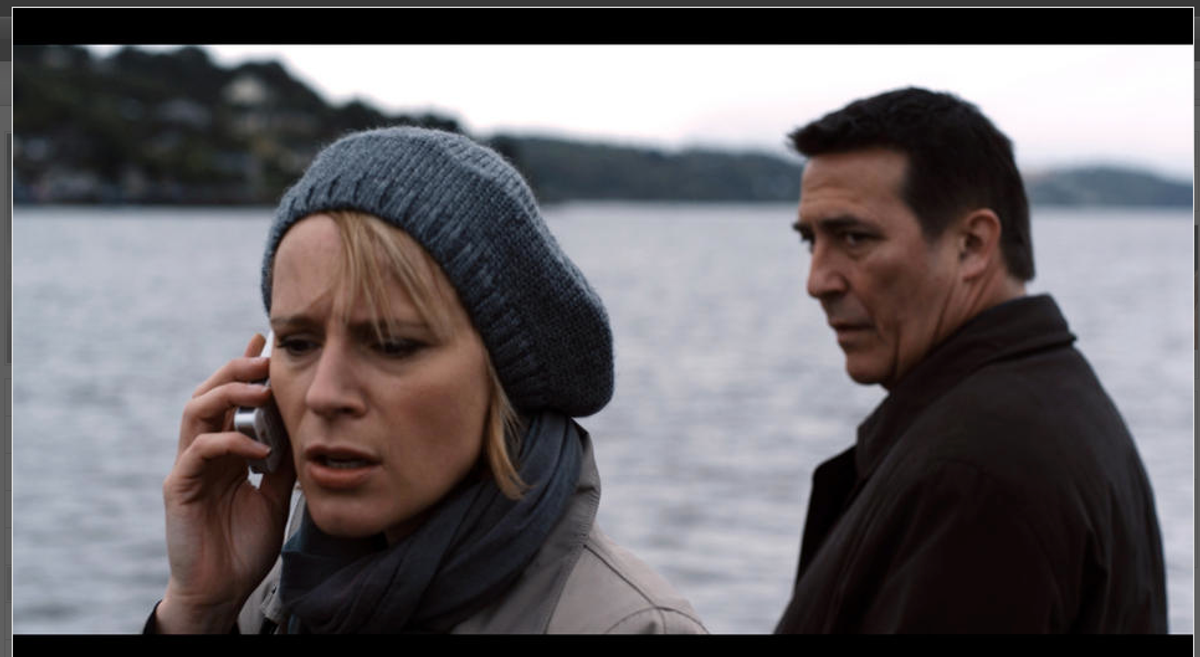 Iben Hjejle and Ciarán Hinds in "The Eclipse."
--

I'm guessing that the creators of the odd and distinctive Irish horror-romance "The Eclipse" -- a delightful surprise at last year's Tribeca Film Festival, and now one of spring's niftiest indie releases -- never imagined that their innocuous title might turn out to be a marketing disaster. But go ahead, Google it. I'll wait. Any permutation you like: "eclipse movie," "eclipse film," "eclipse trailer." You see the problem. Playwright-turned-filmmaker Conor McPherson's moving minor-key love story, complete with terrifying interdimensional ghouls (only one of them a womanizing, alcoholic Irish-American writer played by Aidan Quinn) is almost literally buried beneath the epiphenomena of the "Twilight" universe, whose forthcoming third installment is called "Eclipse."

Wade through all of that and catch McPherson's "Eclipse" if you possibly can, because it's a lovely, wise, occasionally creepy and surprisingly moving reinvention of one of modern fiction and drama's most enduring characters: the middle-aged man plagued by grief. As played by the soulful, long-faced Irish actor Ciarán Hinds (a regular on British TV), schoolteacher Michael Farr is a dignified widower, holding things together for his two kids in the picturesque coastal town of Cobh. Michael seems to be tiptoeing apologetically through the rest of his life, without conspicuously mourning his dead wife. This may be the problem: He's begun seeing and hearing terrifying things in the middle of the night.

"The Eclipse" is largely a measured, realistic drama about adult characters with adult problems -- who are occasionally interrupted by startling and nightmarish visitations out of "The Evil Dead." This isn't exactly a combination I've seen before, at least not in a Western film. (You might find rough cognates in Japanese or Korean cinema.) On one level, this renders Michael's emotional distress into a visible, pulse-pounding phenomenon, and makes the tourist-postcard landscape of County Cork seem literally as well as figuratively haunted. Arguably McPherson and fellow playwright Billy Roche's screenplay (based on the latter's short story) also reflects the enduring Irish penchant for ghost stories, and also the folk belief in the "other world," a sometimes-sinister domain with notoriously permeable boundaries.

As part of Michael's halfhearted campaign to reconnect with the world of the living, he volunteers at Cobh's annual literary festival, where he meets up with both halves of a combustible ex-couple. The festival's visiting stars this year are Nicholas Holden (Quinn), an Irish émigré who's made millions in America cranking out bestselling novels, and Lena Morelle (Iben Hjejle), a willowy Scandinavian who writes nonfiction accounts of other people's supernatural encounters. This whole movie is like a seminar in Terrific Actors Who Deserve Better, and both Quinn and Hjejle nearly upstage Hinds' hangdog central performance.

As the drunken, skirt-chasing, thoroughly abominable Nicholas, Quinn chews the scenery to bits, giving perhaps the best performance of his odd and checkered career. In some respects, it's the role he was born to play; as an American who has lived much of his life in Ireland, Quinn perfectly nails the cultural schizophrenia and muddled accent of a half-Americanized Irishman. As for Hjejle, an appealing, sharp-angled Danish actress who's not quite beautiful, if you've ever seen her before it was probably as John Cusack's love interest in "High Fidelity," a full decade ago. (I strongly suspect that the Scrabble-problem name has hindered Hjejle's Hollywood appeal, although she also apparently turned down the role of Éowyn in "Lord of the Rings.")

Lena and Nicholas have a red-hot fling in their not-too-distant past, which he's very eager to relaunch, despite the impending arrival of his suspicious spouse. Lena's a lot less sure about the whole thing. "I thought you said you were separated from your wife," she reproaches him. Nicholas virtually glows with unctuous fake-sincerity: "Oh, I've never felt more separated than I was that night."

None of this mutual idiocy is Michael's business, strictly speaking, except that in the course of driving Lena around Cobh he strikes up a fragile, confessional friendship with her. Both are haunted by ghosts, whether real or metaphorical, and hear noises when they're alone in the night. Both are emotionally constricted Northern Europeans, nearly too wounded to reach out to each other. Their tender almost-love story is handled with great delicacy, even as it collides with the increasingly ridiculous bedroom farce surrounding Nicholas, whose boundless greed and self-importance make him seem like a baby in comparison.

I suppose it's prodigiously old-fashioned and Old World to graduate from theater to film, as McPherson has done. But that training imparts a sense of dramatic structure that a great many filmmakers could stand to learn. "The Eclipse" shifts from romance to comedy to horror without ever feeling erratic or gimmicky, and delivers a highly satisfactory payoff without making the easiest or most predictable choices. Most tellingly, McPherson trusts his actors, and is patient enough to let a scene when Hinds and Hjejle sit quietly together in a darkened room, for instance, develop its own rhythm and meaning.

Although "The Eclipse" isn't exactly a cinematic showcase, and the film's focus is very much on its actors and characters, McPherson and cinematographer Ivan McCullough successfully reinvest one of Ireland's milder landscapes with an atmosphere of mystery and dread. (Not to mention a few killer special effects.) This is another mini-triumph from the resurgent Irish film industry, but much more than that it's a resonant yarn of love, loss, loneliness -- and things that go bump in the night.

Ireland Movies Our Picks The Eclipse