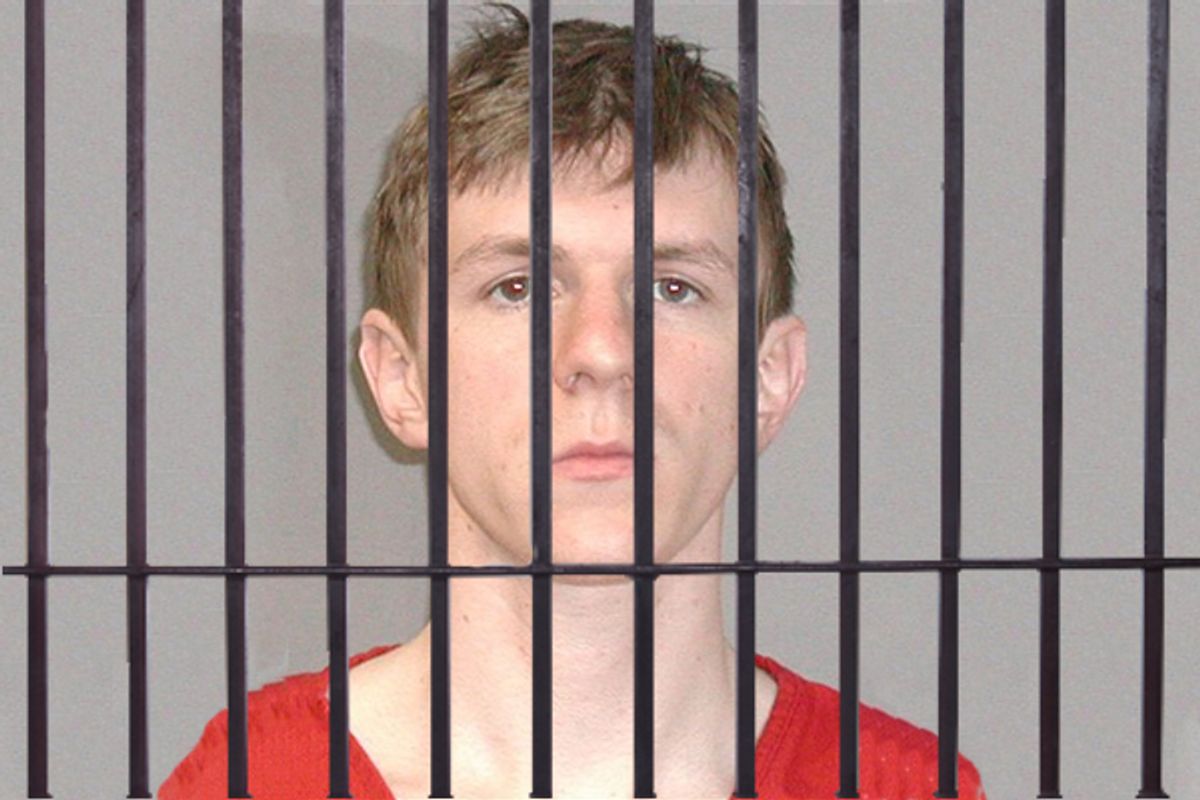 Salon composite of James O'keefe behind bars, taken from a booking photo provided by the U.S. Dept. of Justice.
--

James O'Keefe and the three other men arrested with him after they tried one of the video stunts O'Keefe has become famous for at the office of Sen. Mary Landrieu, D-La., were hit with federal felony charges after their arrest. Now, the charges have been reduced, down to a single misdemeanor each.

As the Associated Press notes, the way these charges were reduced seems to indicate that a plea deal is on its way, and a lawyer for one of the men essentially confirmed that to the AP.