News Corp. accelerates its withdrawal from the free Net. Can the mighty mogul reverse the online tide? 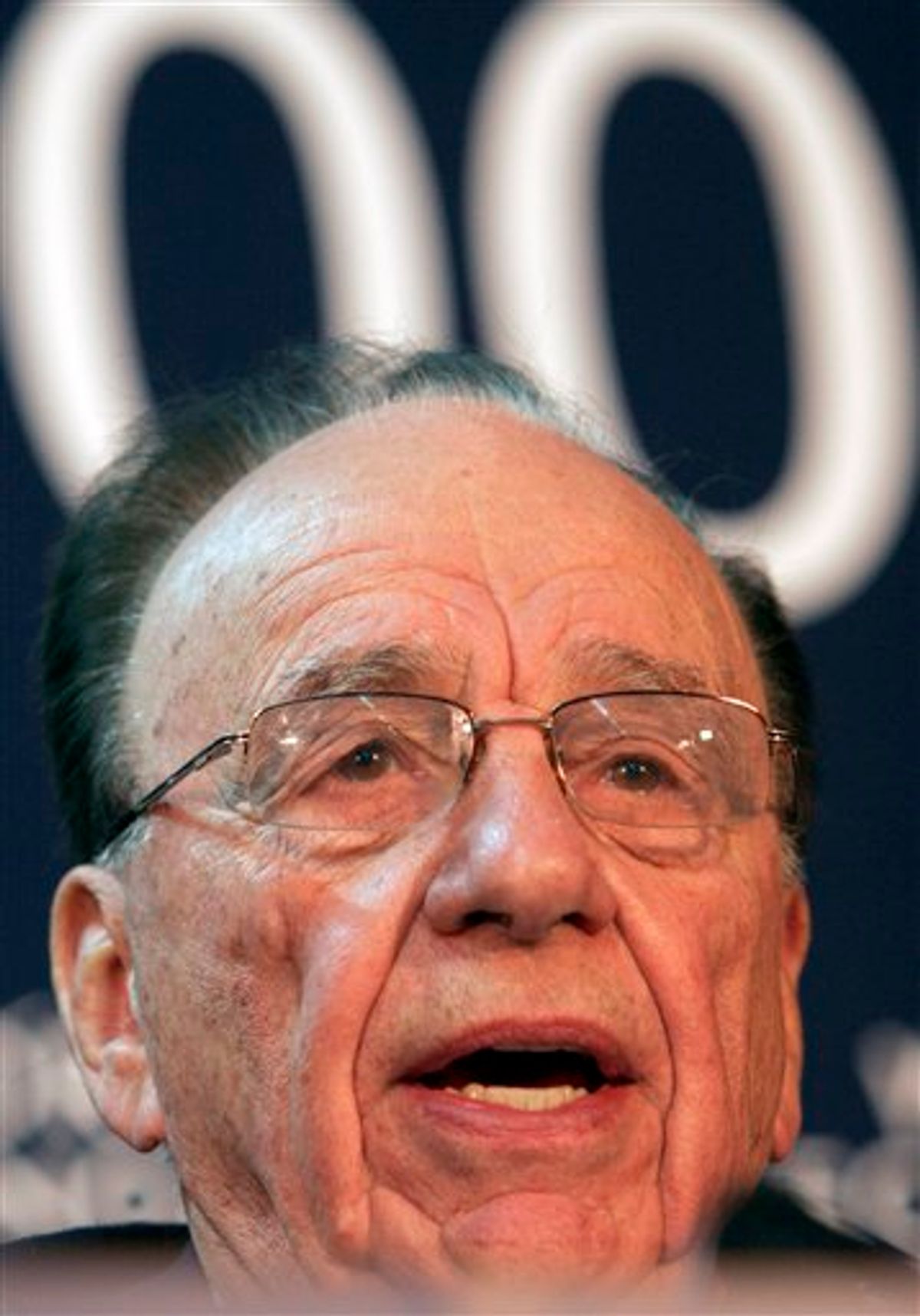 As legend has it, King Canute's real goal, when he famously ordered the tide to halt, was to demonstrate to his subjects how powerless even the mighty were before God. Rupert Murdoch, however, appears determined to do Canute one better: As far as he is concerned, the tide will stop.

Numerous media outlets are reporting that as of June, News Corp. will start charging for online access to the Times and Sunday Times of London. Not too surprising -- Murdoch's been talking for months about his plans to charge for content at all his newpaper properties, and plenty of other news organizations have plans to wall themselves off as well. But a tweet from Glyn Moody alerts us to a news item reporting that Murdoch is also pulling his U.K. titles out of the Nexis half of the Lexis/Nexis news aggregation database. As Moody describes it, "Rupert invents Black Hole Net publishing: nothing ever comes out."

The new move could be motivated by the fact that Lexis/Nexis is a fee-based subscription service that competes with Factiva, a Dow Jones database of news and financial information that Murdoch purchased along with the Wall Street Journal in 2007. But taken along with the decision to cut his U.K. newspapers off from the Internet, the principle at work seems clear: Retreat!

I am as perplexed as anyone at the challenge of building business models for journalism in the era of the Internet, but I remain skeptical that people will pay for general interest content online in any significant numbers. There are just too many options for our disposable attention time. If I had followed Glyn Moody's tweet to a pay wall, I would have just bounced off and gone elsewhere. And I am someone who lives and breathes news -- the next generation, reared on Facebook and YouTube and Twitter and able to Google more sources of primary and secondary information in 10 seconds than any previous generation of humans could in months or years? They will not pay.

I think Rupert Murdoch is about to find out that the Internet is like God. Even the mightiest will be humbled before it.