GOP on recess appointments: Ignore that we used to like them!

George W. Bush did it 179 times, but they're shocked -- shocked -- that President Obama would bypass the Senate 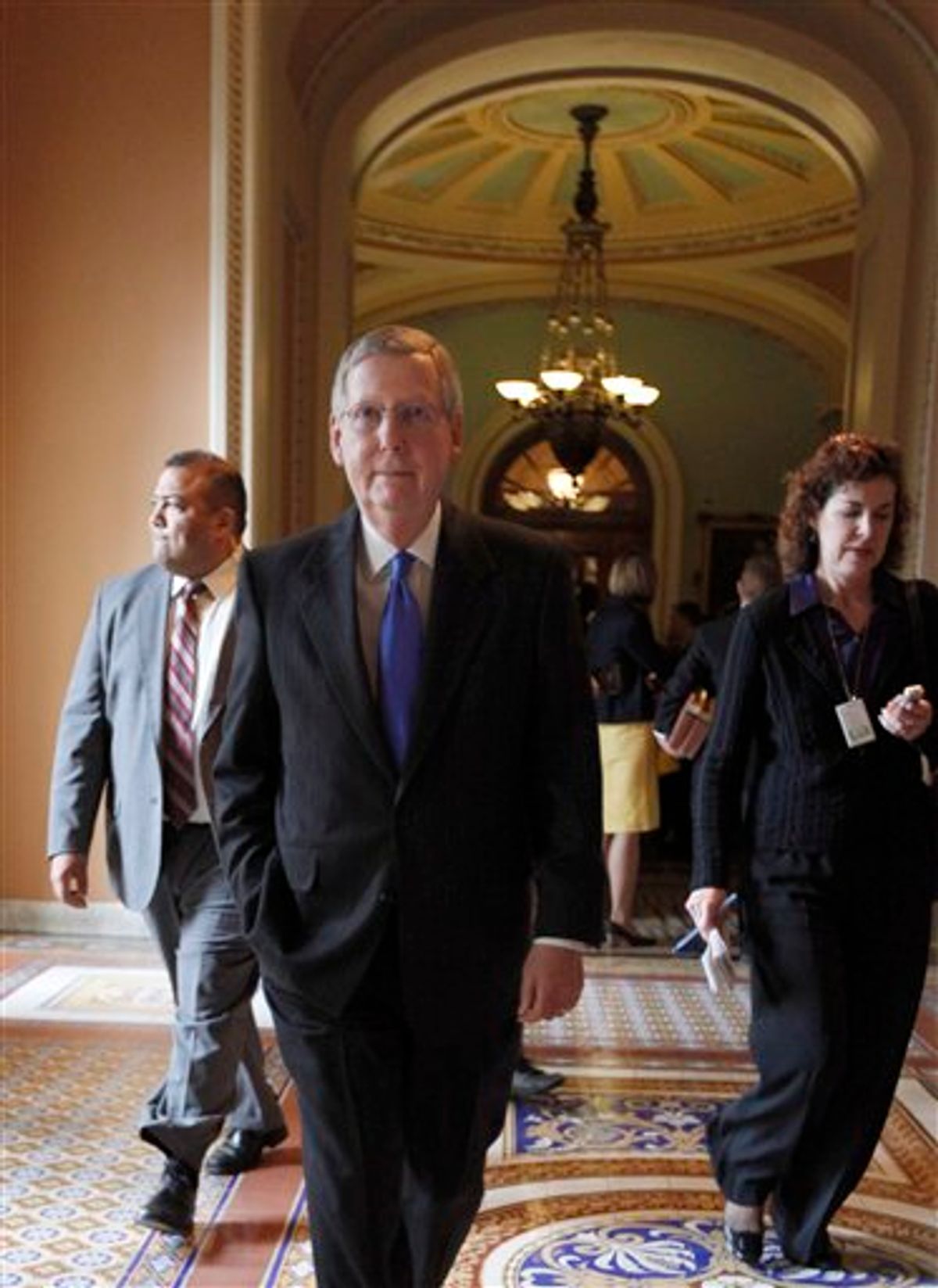 If the crucial ritual of American presidential campaigns is feigned umbrage over some kind of slight, then its counterpart inside the government in Washington is getting worked up over a political opponent’s unilateral use of a completely legitimate power. Reconciliation and the filibuster are both classics: Everybody uses them when they can, and everybody complains about them when they can't.

As the Republican minority has refused to cooperate on almost any element of actually running the country, President Obama has been forced to turn to these kinds of tools more often. Correspondingly, the GOP has grown louder in its complaints, which typically sound something like, “Well, yes, we did it too when in power, but it was different then."

It’s an underreported fact that huge amounts of the federal government remain dramatically understaffed, thanks in large part to the Senate’s refusal to hold votes on the president’s nominees. In a statement Saturday announcing his use of the recess appointment, President Obama blamed the Senate for holding up a full 77 of his nominees.

“Most of the men and women whose appointments I am announcing today were approved by Senate committees months ago, yet still await a vote of the Senate," said Obama.

The most prominent of the nominees pushed through is probably Craig Becker, a labor lawyer appointed to the National Labor Relations Board. Becker and fellow new appointee Mark Pearce are considered friendly to unions, and will join a board that has been paralyzed by vacancies. Although the GOP is entitled to representation on the NLRB as well, the president declined to use the recess appointment to install Republican nominee Brian Hayes.

Politico has a summary of all the recess appointments. Other obviously important ones are those that are filling vacant positions at the Treasury, which has been plagued by staffing issues since the new administration entered office; among the newly installed officials are Jeffrey Goldstein, who will be undersecretary for domestic finance -- that seems important. So do the several officials working in the area of international trade. You know -- for the economy and stuff.

Another obvious point about the blocked nominees the president just installed is that a full four of the 15 are filling spots on the Equal Employment Opportunity Commission. The EEOC was created in 1965 and is one of the primary administrators of civil rights laws. It’s been plagued by backlogs for decades, and it’s disturbing that EEOC nominees in particular seem to face a hostile Senate.

Naturally, the skipped-over Senate Republicans are taking the president’s move as a sign of a vast overreach by an arrogant executive. Although President Bush used the recess appointment a full 179 times in his two terms, that’s not the point, says Senate Minority Leader Mitch McConnell, R-Ky, who called this "yet another episode of choosing a partisan path despite bipartisan opposition." Of this kind of move, chips in Sen. Jon Kyl, R-Ariz., "It has to be done very sparingly."

One Republican doesn’t seem to think much of this argument. In a labor case before the Supreme Court last week, when Deputy Solicitor General Neal Katyal blamed the broken appointments process for the ineffectuality of the NLRB, Chief Justice John Roberts cut in and asked, "And the recess appointments process doesn’t work why?"

Meanwhile, the blocked nominee who’s attracted the most attention and seems like the worthiest cause for a recess appointment didn’t even get one. That would be Dawn Johnsen, the president’s choice to run the Office of Legal Counsel. Although she has been confirmed by the Senate Judiciary Committee, the GOP has blocked a floor vote on Johnsen, arguing that she is a radical and unfit for the job.

It seems like the perfect irony to capture the Obama administration: the GOP spends months refusing to allow the most basic elements of governance to proceed, apparently counting on a broken government to hurt the Democrats. After months of trying to get his agenda through the normal way, Obama falls back onto a standard, if unsatisfying, procedure and wins half a loaf. In the process, he disappoints liberals for seeking bipartisan conciliation, and infuriates Republicans for finding a way to get past their obstruction.