Why Blanche Lincoln's primary challenge is so different 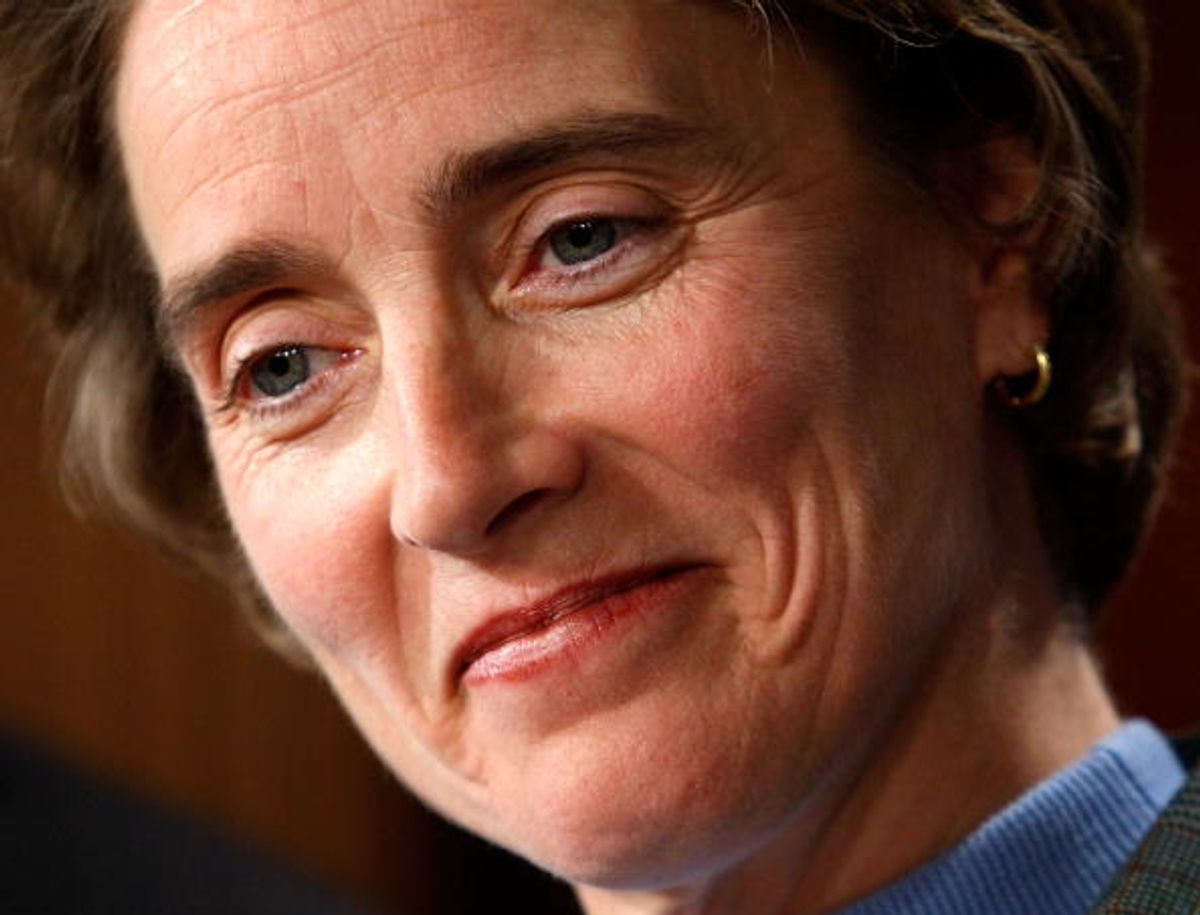 Serious primary challenges to incumbent U.S. senators aren’t that common, but they aren’t unheard of, either. Since 1980, four sitting senators have been defeated in primaries, and several more have faced political near-death experiences in them.

Generally, it’s easy to categorize these primary challenges. There are two basic varieties: ideological, with an exercised party base seeking retribution for an incumbent’s dissent from the party line; and pragmatic, with party members responding to the perceived electoral deficiencies of the incumbent.

And then there’s the Democratic Senate primary now under way in Arkansas, which seems to be a perfect hybrid of these two types. With the latest poll showing Blanche Lincoln’s challenger, Bill Halter, within 13 points of her, that primary -- now just seven weeks away -- has become the hottest Democratic contest in the nation.

Lincoln, who’s in the final year of her second term, has managed to pull off a somewhat remarkable feat, infuriating both the left-of-center base of her party and her state’s right-leaning general election audience at the same time. Thus, the challenge she’s receiving from Halter doesn’t neatly fit into either of the above categories.

This is exactly what makes the Arkansas race so interesting -- and the implications of the May 18 vote so difficult to predict.

In the past, most primary challenges -- in both parties -- have featured one candidate with superior general election credentials. (This doesn’t apply, of course, to situations where a party is so strong that general election viability isn’t really an issue.)

Take, for instance, then-Rep. John E. Sununu’s campaign against Republican Sen. Bob Smith in New Hampshire in 2002. This was the quintessential pragmatic primary challenge. Smith, who’d briefly abandoned the GOP for a short-lived independent presidential campaign in 1999, was facing dangerously low approval ratings and the prospect of a near-certain defeat to Democrat Jeanne Shaheen in the November election.

Panicked, Republican leaders pushed Sununu into the GOP primary. The race wasn’t defined by ideology; there was little daylight there between Smith and Sununu. It was about electability. Sununu won, then edged out Shaheen in November.

Or consider the 2004 GOP Senate primary in Pennsylvania, between incumbent Arlen Specter and challenger Pat Toomey. This was an ideological challenge, with Toomey leading a revolt from the party’s right-wing base.

Again, the general election implications were clear: Specter, with his broad appeal to independents and even some Democrats, was a safe bet to win in November. Toomey wasn’t. In fact, the prospect of a Toomey primary victory was enough to convince a sitting Democratic congressman, Joe Hoeffel, to give up his seat to run for the Senate. But Specter held off Toomey -- barely -- in the primary, then coasted past Hoeffel in an uneventful fall contest.

These patterns can be found in just about every serious Senate primary challenge of the modern era. Alaska Democrats, for instance, targeted the liberal Mike Gravel in 1980 simply because they believed he couldn’t win (although the candidate they beat Gravel with, Clark Gruening, went on to lose in the fall anyway). And when right-wingers in Rhode Island took after Lincoln Chafee in 2006, it was clear that they’d be sealing the GOP’s fate in the fall if they succeeded, since their candidate -- Stephen Laffey -- lacked Chafee’s 60 percent favorable score with statewide voters. (As it was, Chafee fell victim to the November Democratic tide.)

But Arkansas in 2010 is different -- much different.

It’s not surprising that Lincoln is taking so much heat from the left. She’s labored hard to define herself as a “centrist,” breaking with her party on key votes and often giving voice to Republican arguments. Her willingness to help snuff out the public option once and for all may have been the last straw for liberals, and now Halter is seeking to harness their frustration for his own advancement.

This is a common enough story. The twist is that Lincoln cannot lay claim to the talking point that incumbents in her predicament usually cling to -- the electability argument. All of the “centrism” that was supposed to win her favor with Arkansas’ conservative electorate seems to have stopped working for her since President Obama was inaugurated. For all of the erosion of her support on the left, there’s been no comparable uptick on the right. Polls show Halter, who’s not nearly as well-known as Lincoln, running just as well as her against the most likely Republican nominee.

This may be an unprecedented situation in modern American politics. Candidates waging ideological primary challenges are supposed to be much less electable than the incumbents they are running against. But Halter may end up being more electable than Lincoln, mainly because he lacks the Washington/Obama connection that has ruined Lincoln’s standing with the general election audience.

The closest parallel I can come up with (and it’s a rough one) is Republican Sen. Ed Brooke’s reelection campaign in Massachusetts in 1978. Brooke, a very liberal Republican, faced a challenge from conservative Avi Nelson in the GOP primary.

The contest was primarily waged on ideological grounds, but there was a twist: Because Brooke’s divorce from his wife was creating explosive headlines, Nelson supporters could also claim that their candidate would make a stronger fall candidate, simply because he lacked the incumbent’s personal baggage.

That theory was never actually tested, though. Brooke squeaked out a win in the September primary, 53 to 47 percent, and -- thanks to his personal woes -- went down to defeat by 10 points in November to Democrat Paul Tsongas.

But if Halter manages to upend Lincoln in May, the same basic proposition might finally be tested this fall, and then we’ll see if the ideological choice can also be the pragmatic choice.