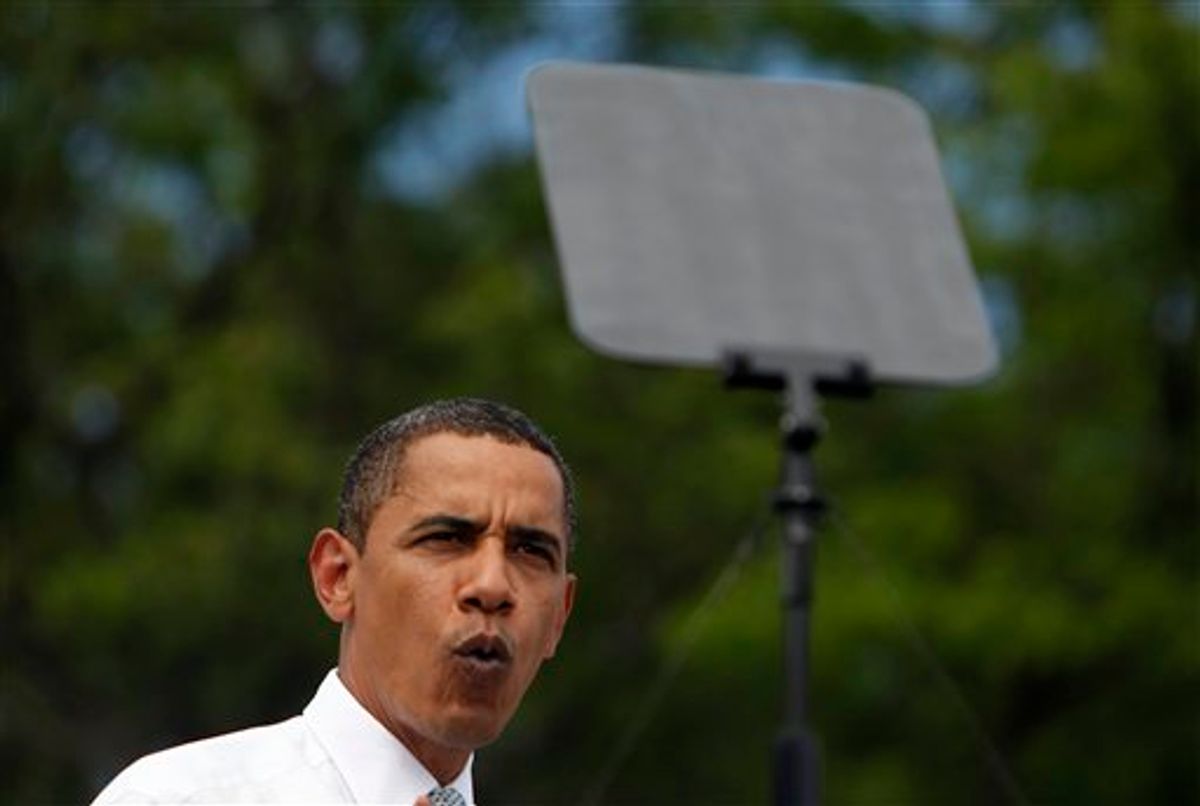 FILE - In this July 14, 2009, file photo, President Barack Obama reads from a teleprompter while speaking at Macomb Community College in Warren, Mich. Facing criticism that President Barack Obama isn't connecting with the American people, the administration is infusing its communications strategy with some of the ironclad discipline and outside-the-box thinking that made the Obama presidential campaign famous _ and successful. (AP Photo/Haraz N. Ghanbari, File) (AP)
--

Florida Gov. Charlie Crist badly needs some help in his Senate race, as he's currently trailing fellow Republican Marco Rubio. He'd hoped to get some of that help with an endorsement from retired Col. Bud Day, a former Swift Boat Vet. Instead, Crist got a new round of controversy, thanks to some remarks by Day:

Day confirmed he was speaking of Obama and Rubio.

"You've got the black one with the reading thing. He can go as fast as the speed of light and has no idea what he's saying," Day said. "I put Rubio in that same category, except I don't know if he's using one of those readers."

This all seems to be related to the idea, inexplicably almost now taken as gospel on the right, that Obama can't speak without a teleprompter. At the New Republic, Jonathan Chait calls this a "racist trope" and suggests that this particular example is, essentially, Rubio's chickens coming home to roost, as the former Florida House speaker has used it himself.

I'm not quite as sure that the idea itself is tied to racism; clearly this example has some serious racial overtones, and that may be a part of it, but I also think it's tied to a desire on the part of some Republicans to get some intellectual vindication for former President George W. Bush. What do you all think?