They still want their strawberry milk and chicken nuggets 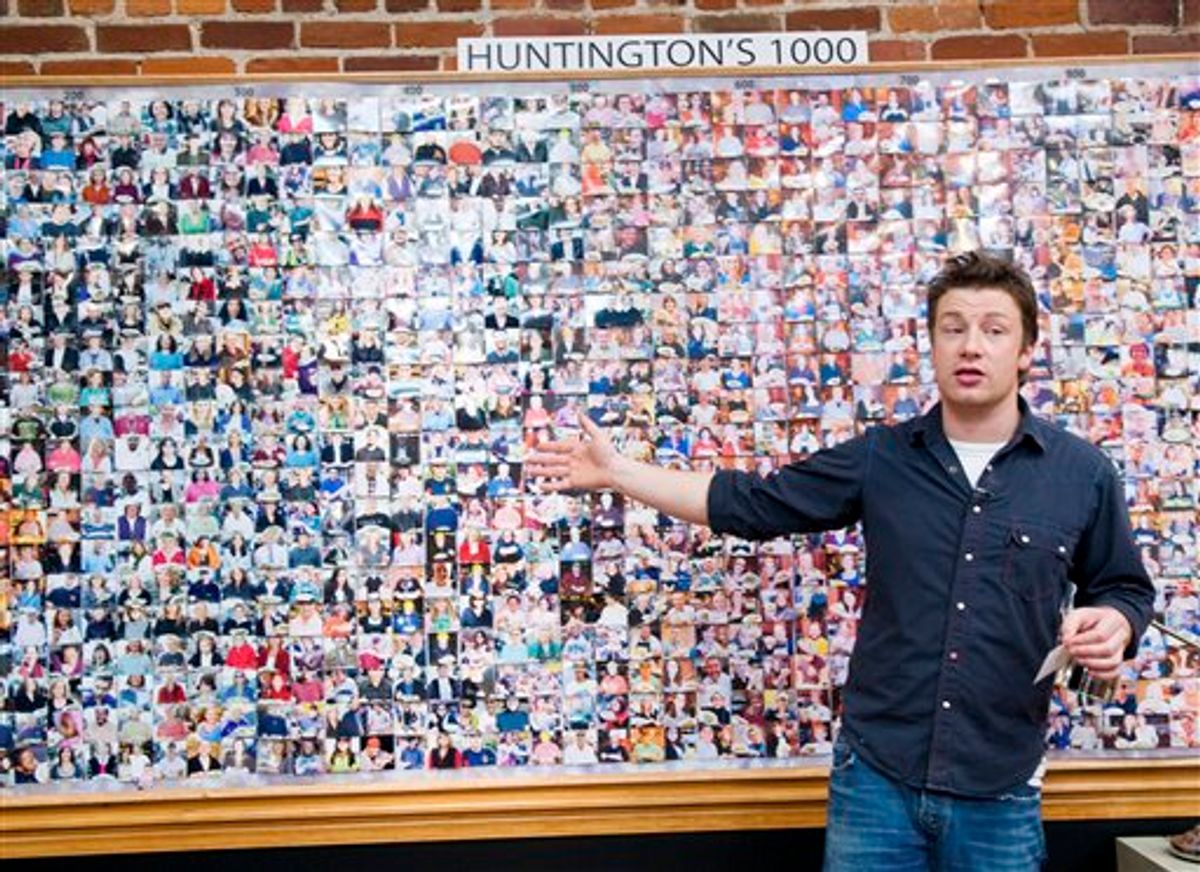 In this publicity image released by ABC, chef and TV personality Jamie Oliver stands in front of a board with photos of residents of Huntington, W. Va., during the taping of his reality series, "Jamie Oliver's Food Revolution," in Huntington, W. Va., airing Friday, March 26, 2010 on ABC. (AP Photo/ABC, Holly Farrell) NO SALES. (AP)
--

And when denied the food they were used to, many stopped buying the school lunch.

But there is a bright spot in the data from the West Virginia University Health Research Center: More than six in 10 kids said they'd learned to try new foods.

ABC chose to have the show in Huntington after a 2008 Associated Press story dubbed the five-county metropolitan area the nation's unhealthiest.