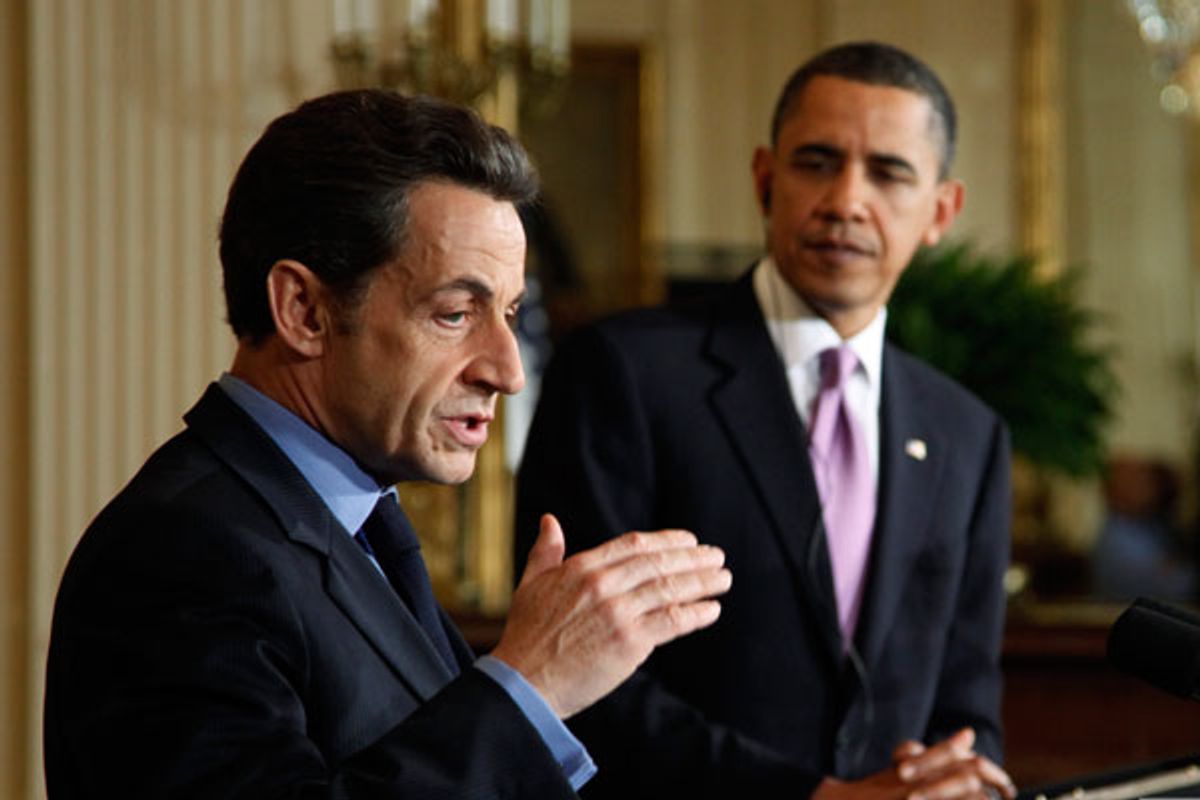 France is standing with the United States in condemning Israeli settlement activity in east Jerusalem.

French President Nicolas Sarkozy (sar-koh-ZEE') says his own commitment to Israel's security is well known but adds that the settlement activity in an area claimed by the Palestinians "contributes nothing."

Speaking at a news conference with President Barack Obama after their White House meeting Tuesday, Sarkozy praised Obama for trying to engage the two sides in peace talks. Sarkozy said that the "absence of peace" in the region "is a problem for all of us" -- and that it feeds terrorism around the world.