Death to the French food snob 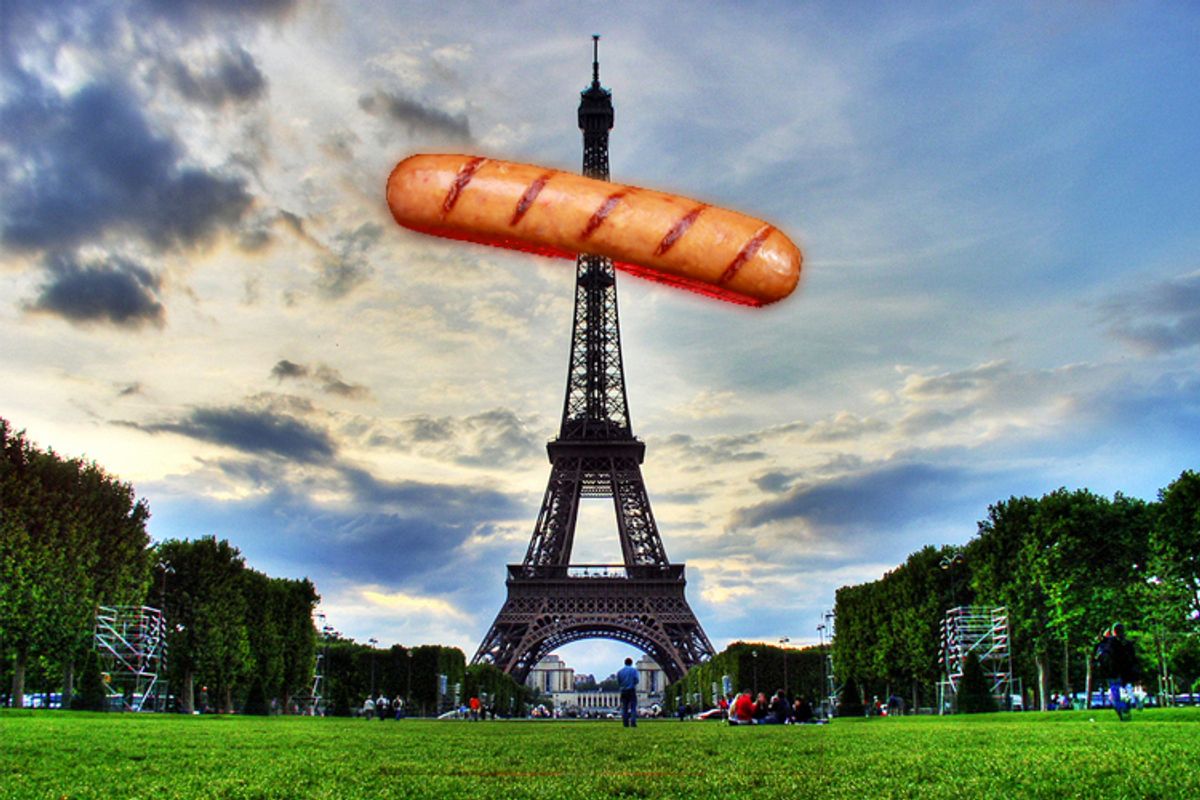 America already has its fair share of food movements: slow food, locavore, raw food, fregan, hegan, among many, many others. But as Adam Gopnik writes in this week's New Yorker, there's another new food movement making its ways to American shores. It's called Le Fooding, it's French -- hilariously, adorably French -- and apparently it wants to take over America.

Le Fooding is a movement begun in 1999, by two young Parisian men, in an effort to revolutionize the way French people think about food. France has long been the spiritual -- if not the physical -- home of culinary snobbery. (When a recent survey about people's home cooking habits prompted the headline "British are better at cooking than the French," a French TV station compared the results to Waterloo and Trafalgar.) But according to some people, this has made French cuisine staid, boring and far too uptight. Says Le Fooding founder Alexandre Cammas:

"French cuisine was caught in a museum culture: the dictatorship of a fossilized idea of gastronomy. And this dictatorship has been enforced by tourism: you have tourists packing in to experience gastronomy in a kind of perpetual museum of edification. We wanted to be outside that, sur le pont, on the bridge, in front, defining everything that is new. We wanted to escape -- foie gras, volaille de bresse, all the clichés."

So the duo decided to make their national cuisine more casual in the least casual way possible: by starting a food movement, with a philosophy, an eating guide and happenings called Foodings (basically large outdoor picnics). As Cammas describes it, very Frenchly, Fooding "means to eat and drink with feeling -- to recognize that one eats with the nose, the eyes, the mouth, with everything that makes us human," which is not really the most succinct or unpretentious of mission statements but OK, France!

While American food movements are imploring people to consider their food much more exclusively, Le Fooding is a rebellion against just that. It put a premium on food that is new and unconventional and populist. They include pizza and some forms of fast food (like Chipotle). Writes Gopnik, "Slow is the last thing [Fooding] wants French cooking to be, French cooking being slow enough already. The goal of the Fooding movement is to break down French snobbery, in the form of its hidebound hypersensitive discrimination, while the goal of the slow-food movement, though not put quite this way, is to build up hidebound hyper-discrimination."

If it sounds like a particularly French problem to be complaining that your national food culture is too slow, or too class-defined, or putting much of a premium on fancy meals,  you're right. But that isn't stopping Le Fooding from launching American initiatives. The first American fooding event was held in New York's PS1 museum -- with the participation of David Chang, among others -- and more events are planned. The next will be a "confrontation" between New York and San Francisco chefs, featuring no French chefs at all. (The movement plans to turn itself international.)

There is a nobility in what the Fooding folks want to do (to idealize good food at the expense of established hierarchies and to get people more excited about eating), but unfortunately, the last thing America needs is a less conservative approach to food consumption. If Americans don't have the same problem of "staid and stuffy" food, it's because we have a very different attitude toward eating than the French: Our national restaurant culture has long been dominated by fast food joints that privilege convenience over satisfaction, our supermarkets are  filled with cheap alternatives to real food, and much of the country simply can't afford to eat fancy meals no matter how much they'd like to.

If Le Fooding manages to convince the French to think more democratically and less snobbishly about their food choices, that's fantastic; though given the globalization of food culture in general, that was probably inevitable anyway.  But as far as America is concerned, the French have something far more useful to send our way than a culturally non-specific food revolution: the attitude, whether hierarchical or not, that good food should play a central role in everybody's life.