The healthcare bill boosts the message that sex before marriage is harmful. What about the harm of miseducation? 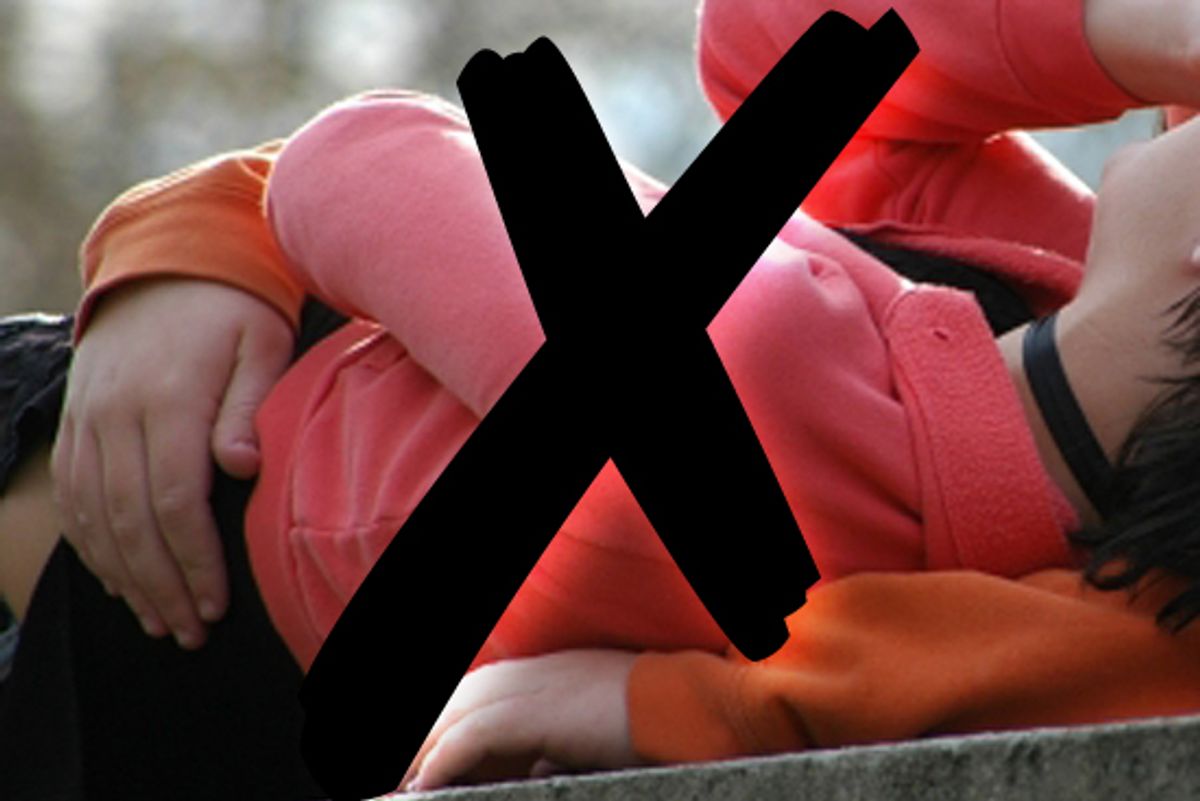 Chalk this one up to Hope: One of the features of the new health care reform bill is, apparently, $250 million for telling teens not to have sex. $50 million dollars a year, for five years, will be going into abstinence education programs. The programs are required to "teach that abstinence from sexual activity is the only certain way to avoid out-of-wedlock pregnancy, sexually transmitted diseases, and other associated health problems." I hear that abstinence from sexual activity is also a fairly certain way to avoid in-wedlock pregnancy, but never mind. These statements are technically true. Here's one that isn't, necessarily, but which is required to be taught anyway: sex before marriage is "likely to have harmful psychological and physical effects."

The problems of this latter statement have been endlessly rehashed. One of the more obvious is that there is an entire population of people, some of them high school students, who cannot actually get married unless they happen to be in Connecticut, Iowa, Massachusetts, New Hampshire, Vermont, or Washington, DC; something tells me the programs aren't precisely built with those students in mind. The other is that those “harmful psychological and physical effects” can apparently include things like being blamed for your own sexual assault: One Ohio program, Abstinence 'Till Marriage, offered a game in which you were asked whether or not to believe a girl who said she'd been raped, considering that she'd had sex in the past. (Answer: No.) This seems like an outlier, but sexist undertones and overtones and just plain tones in the abstinence movement are well-documented, up to and including the infamous Purity Balls, in which girls pledge their virginity to the safekeeping of their fathers. Because who doesn't want to revisit the era in which your dad owned your ability to consent to sex, and could trade it, possibly for a goat? It's like a Renaissance Faire for your vagina.

And then, there's the fact that abstinence education programs don't work, and the many, many studies which state that they don't work. One study recently touted that abstinence-only education works; what this one specific program worked at, apparently, was delaying sex for a period of over two years for two-thirds of the sixth and seventh-grade students who took it. So, an eleven-year-old might conceivably wait until fifteen to have sex, possibly without working knowledge of which birth-control methods are the best at preventing disease and pregnancy. Fantastic. In our current economic climate, spending $50 million a year on anything is a big deal; spending $50 million a year on provably ineffective programs is like allocating a national fund for the deposed Prince of Nigeria. Our nation has received your e-mails, and they are prepared to extend American aid in this time of crisis!

The extensive funding for abstinence education seems like one of the Democratic administration's many compromises in the name of “bipartisanship,” a concession to an openly conservative agenda, an egg broken to make a more or less satisfactory omelet. The problem is, what is being given up here shouldn't be negotiable: It's the continued welfare of American children. Abstinence education, to be quite blunt, is likely to have harmful psychological and physical effects. Knowing that should be very much required.