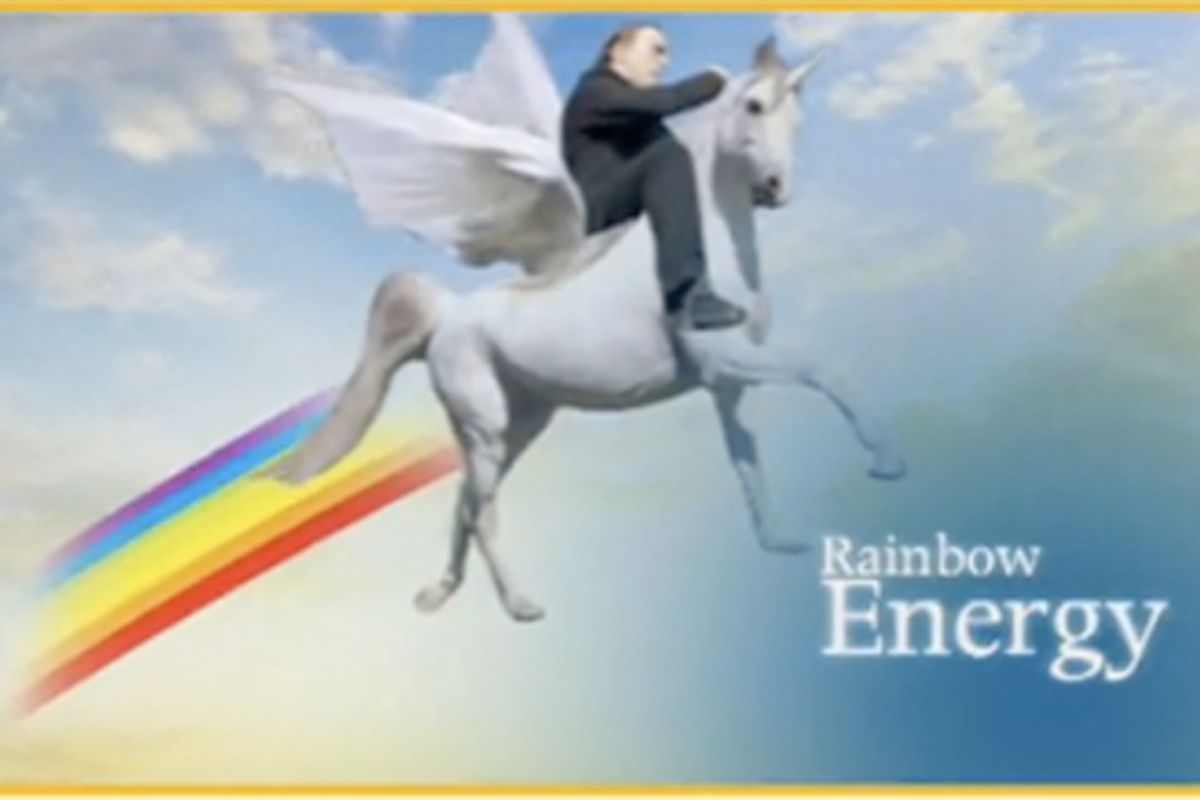 So far, it's been a pretty lame April Fool's Day. Google is apparently not even trying anymore, Fishbowl DC's Politico joke was way too obvious -- even the Daily Caller's article about Vice President Biden having a perfect NCAA bracket was good only for a brief smirk.

All that means that the National Republican Senatorial Committee may be the leading contender for best joke of the day. Seriously.

The NRSC came up with a web video that mocks President Obama and his achievements in office thus far. There's reason to differ with the argument it makes, of course, but for now let's just appreciate the humor -- have to love anything that uses unicorns and rainbows the way this does.