The cowards who target Congress

One of those who got threats, Vic Snyder, D-Ark., is retiring, but not because some loser talked tough 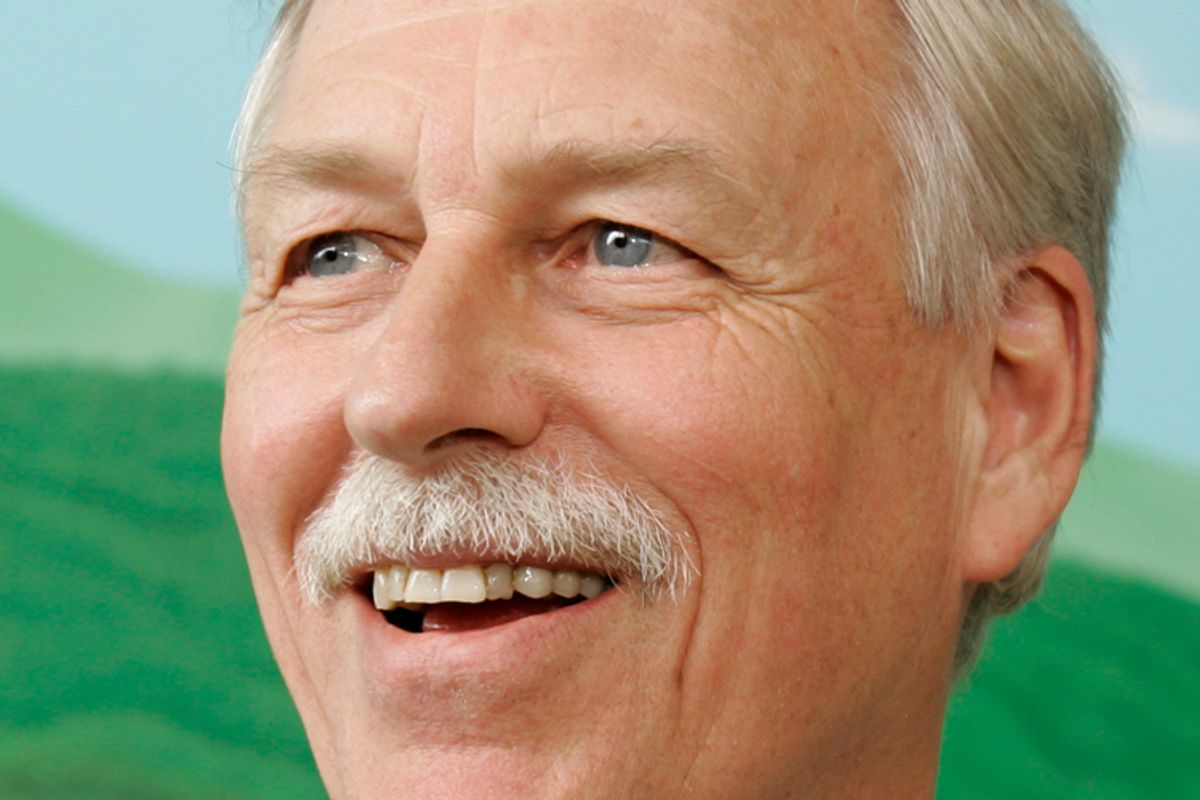 "Republicans originally thought that Fox [News] worked for us, and now we are discovering we work for Fox."
-- Former G.W. Bush speechwriter David Frum

Not long before he received a death threat in the mail, there was a photograph of my congressman, Rep. Vic Snyder, in the newspaper that couldn't help making me smile. The Little Rock Democrat was depicted riding herd on his 1-year-old triplets, all boys, each toddling resolutely in a separate direction. Any father of sons had to think something like, "Good grief, Vic will be 75 when those three turn 13 and the real fun begins."

The best advice I've heard about raising boys was given to my wife by a psychology professor who was our neighbor. Having had no brothers, she'd gone to our friend near tears after yet another Mommy-sponsored picnic in the park had turned into something out of "Lord of the Flies." What should she do about the constant bickering, teasing and fighting?

"You might try thinking of them," he said, "as a pair of male mammal cubs." She laughed and quit worrying so much about it.

Announcing his forthcoming retirement from politics a couple of months earlier, Rep. Snyder had said that raising his triplets "under the leadership of their 4-year-old brother" was incompatible with a congressman's life. Four male mammal cubs is definitely a litter. Anybody like the Washington Post reporter who opined that Snyder was quitting rather than face certain defeat in November couldn't have known anything about him.

Yes, Rep. Snyder was the only member of the Arkansas delegation to vote for the Obama administration's healthcare reform (although Sens. Mark Pryor and Blanche Lincoln voted to invoke cloture in the Senate). But he was also the only Arkansan to oppose the Bush administration's invasion of Iraq in October 2002, winning reelection one month later.

Arkansas has more than its share of right-wing soreheads, so it's telling that the worst nickname anybody ever pinned on him was "Saint Vic." Snyder's what the Founding Fathers might have called "a man of many parts." A Marine Corps veteran of Vietnam, he has a law degree and remains a practicing physician. We've never been anything like friends, but I've always admired the man, partly because he's so unlike most politicians.

One gets the impression that he ran for Congress not out of personal need, but because he thought it would be an interesting experience and that he'd be good at it. Over time, his cool but affable approach won respect. The majority of his constituents learned that while Snyder would always listen, he'd then explain his views in reasonable tones and vote his conscience.

Without saying so, he conveyed that being a congressman wasn't important enough for him to act any other way. Not even the passel of indignant doctor's wives who reportedly accosted him and his wife at a Little Rock restaurant a few months ago seemed to disturb Snyder's equanimity.

So I doubt that being one of 10 Democratic members of Congress to have his life threatened last week made much of an impression on Snyder either. "It is apparent that it will take a few assassinations to stop Obamacare," an anonymous correspondent wrote. "Militia central has selected you for assassination. If we cannot stalk and find you in Washington, D.C., we will get you in Little Rock."

Yeah, yeah, yeah. The police will tell you that anonymous callers and letter writers are for the most part cowards who get off on trying to scare people -- pretty much the equivalent of a peeping Tom. That said, media-stoked paranoia on the far right is definitely reaching epidemic proportions.

Many are simply sad sacks, like the Alabama "militiaman" urging people to break Democrats' windows and prattling about "civil war" on his Web site. Interviewed by the Washington Post, 57-year-old Mike Vanderboegh turns out to be a retired warehouse manager suffering from congestive heart failure, diabetes and hypertension and living on $1,300 a month disability checks from, yes, the federal government. In short, a classic adept of right-wing talk radio, an unsophisticated, easily manipulated shut-in.

As a young man, he belonged to the extreme left Progressive Labor Party. Unfortunately, one needn't be consistent or even coherent to be dangerous. The arrests of those apocalyptic "Christian" militiamen in Michigan proved that. Experts say their motives were more religious than political, but when your goal is to foment insurrection does it matter whether it's cops or congressmen you're targeting?

Quick now, which is crazier: President Obama as the antichrist, or as Hitler? Both forms of madness flourish in an atmosphere of manufactured hysteria being daily fomented for partisan and commercial reasons on "conservative" talk-radio and TV, while supposedly respectable figures in the Republican Party pretend not to understand.

Will it take an "unthinkable" tragedy to bring them to their senses?