"The Sun Behind the Clouds": The Tibet film China loves to hate

Beijing went to war, oddly, over an intriguing film that explores divisions between Tibetans and the Dalai Lama 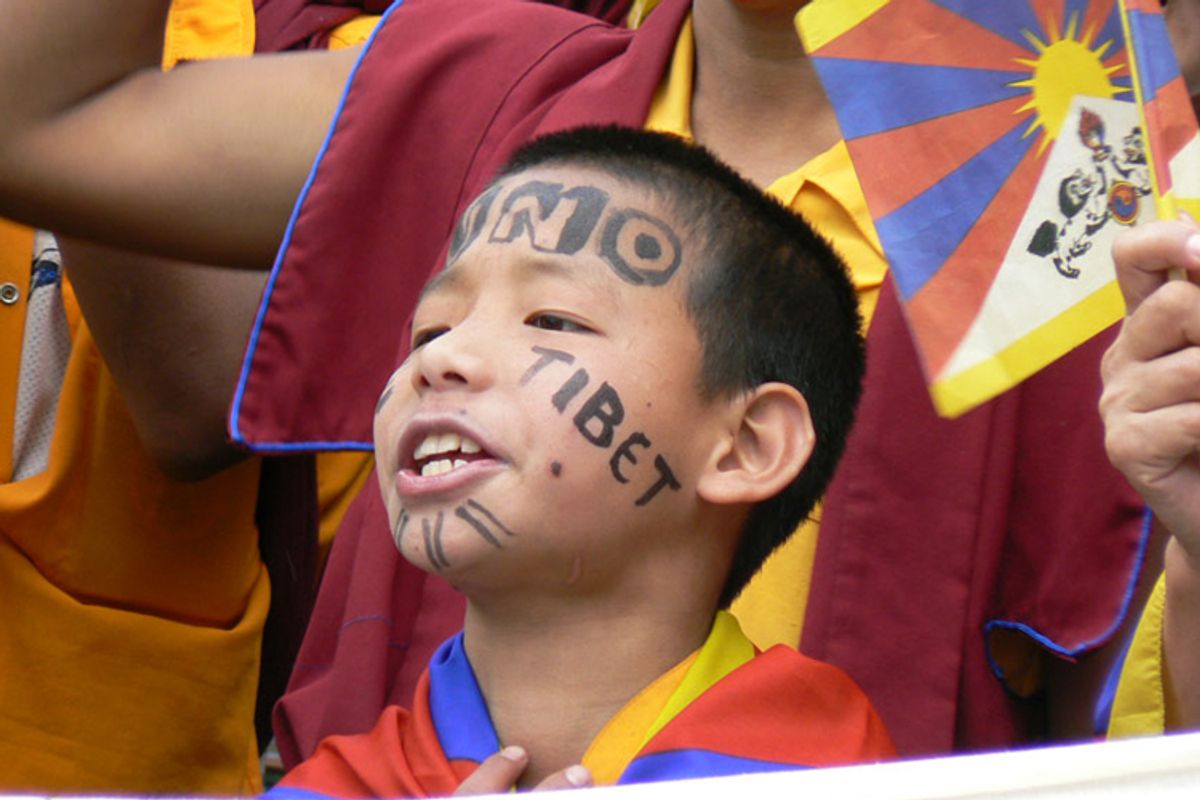 A still from "The Sun Behind the Clouds."
--

It isn't literally true that there's a new documentary about Tibet every six weeks, but it does kind of feel that way. What sets apart "The Sun Behind the Clouds," made by the Tibetan-Indian filmmaking duo Ritu Sarin and Tenzing Sonam, is both context and content. The film includes extensive interviews with the Dalai Lama, who is less circumspect than usual about the political and moral challenges facing his "Middle Way" strategy of arguing for greater Tibetan autonomy under Chinese rule. Sarin and Sonam also lift the veil on potentially explosive divisions within the Tibetan exile community, which is torn between spiritual and cultural loyalty to the Dalai Lama and a widespread longing for true independence. (The filmmakers clearly belong to the pro-independence camp.)

This film also became the centerpiece of an altercation last year between famously prickly Chinese film authorities and the Western movie marketplace. After "The Sun Behind the Clouds" was booked at the Palm Springs International Film Festival, the Chinese government -- demonstrating both intolerance and a tin ear for P.R. -- pulled two much-anticipated films from the festival. For mysterious reasons, one of those Chinese movies, "City of Life and Death," a fictional story about the notorious Rape of Nanking in 1937, was then yanked from its American theatrical premiere at New York's Film Forum -- whose programmers replaced it with the film that had caused the ruckus in the first place.

Of course, the Chinese have long been completely unwilling to discuss the Tibet question -- which, when you think about it, reduces the question of what strategy the Tibetan movement should adopt to an arid philosophical point. There are reasons why the Beijing regime is so thin-skinned, as we see in "The Sun Behind the Clouds." The explosive Tibetan uprising of early 2008 put the lie to Chinese claims that their campaign of economic development and cultural assimilation had quelled both nationalism and discontent, and it left government spokespeople, in the weeks before the Beijing Olympics, uttering the worst kinds of warmed-over Mao Zedong talking points about the "Dalai clique" and its tradition of "theocratic serfdom."

As Sarin and Tenzing also make clear, there's a germ of truth behind the Chinese propaganda. The Dalai Lama himself has often decried Tibet's backward, feudal tradition -- but then, he's both a product and a symbol of that tradition. As in the Palestinian case, younger Tibetans who've lived their whole lives in exile are increasingly radicalized, while the Chinese continue to torture and imprison dissidents inside Tibet and the Dalai Lama's reasonable, enlightened middle-ground position is supported by international political leaders but almost no real people. Nobody thinks this issue is going away, and the Dalai Lama has already prepared Tibetans for the likelihood that his reincarnate successor will be born outside Tibet. The Chinese seem prepared to outwait this Dalai Lama, the next one and the one after that.

"The Sun Behind the Clouds: Tibet's Struggle for Freedom" is now playing at Film Forum in New York, with wider release to follow.

China Movies Our Picks The Sun Behind The Clouds Tibet